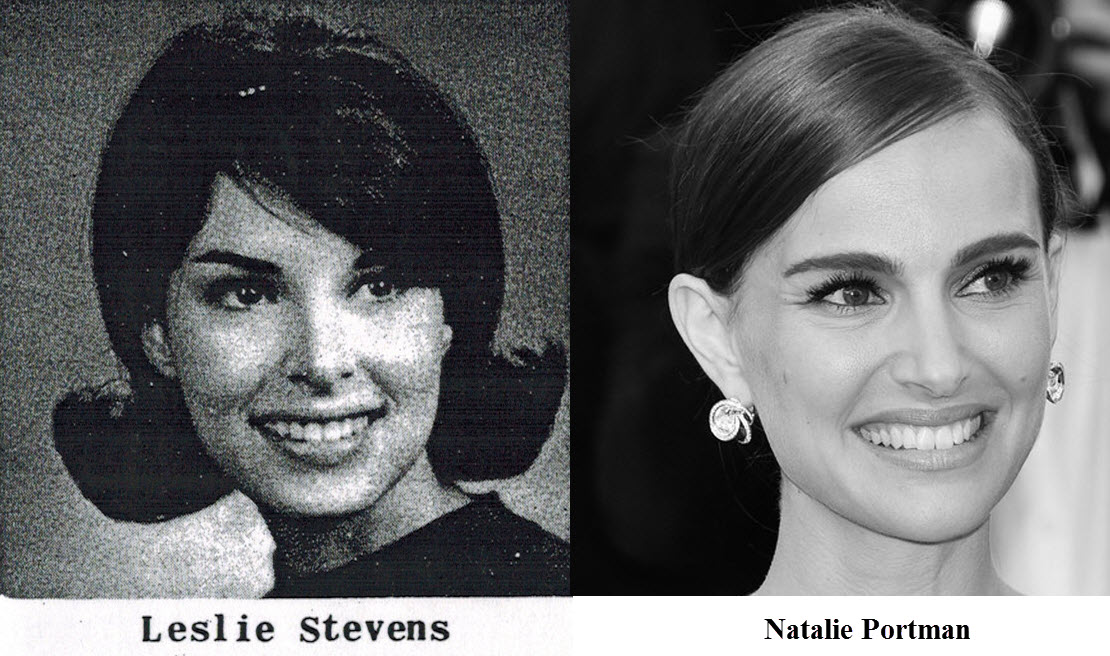 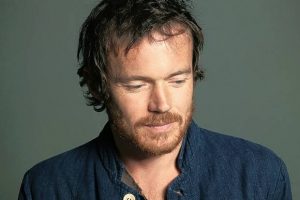 Mike Nichols (ne Mikhail Igor Peschkowsky) was sent alone to America at seven with his three-year old brother to escape the Nazis. He’s the auteur not only of “Virginia Woolf”, “The Graduate”, but also of the disquieting film “Closer” starring (and they really are all stellar) Julia Roberts, Jude Law, Clive Owens and Natalie Portman, the latter two nominated for Oscars for their roles. 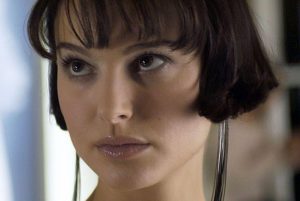 It’s an elegant, unsettling film I found more even more evocative, distasteful, and memorable in the second viewing (Law: “You kissed me!” Roberts: “What are you, twelve?”). Four beautiful actors portraying serially shifting couples, a morally repugnant ménage à quatre driven by three self-satisfied professionals and one enigmatic waif of a stripper. I just might suffer through the film a third time.

And that, ladies and gentlemen, is all we have to say about music this week. Full disclosure: ‘The Blower’s Daughter’ was nothing more than a tenuous (at best) excuse to talk about Natalie Portman’s aunt. 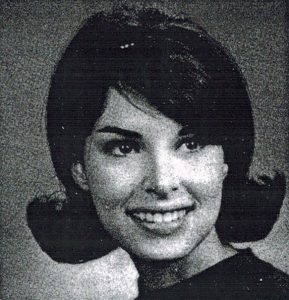 I went through high school with Leslie Stevens.
That’s a misrepresentation.
Leslie Stevens graced Woodward HS with her regal presence during the years I happened to be registered there.
Leslie will be remembered till eternity by everyone who was there as the epitome of beauty and grace.
(For the record, if anyone remembers me, it’s as “that loud kid who was always making bad jokes, all the teachers’ most unfavorite burden.”)

I don’t remember ever speaking to Leslie, even though we participated in a goodly number of stage productions together. Or rather, I somehow snuck onto the stage which existed solely for her to stand spotlighted in its center. I suppose we also took classes together, but those data cells have long since faded. Not so her face, her smile, her body in mid-dance, her aura. Those memories I’ll take to the grave.

What could a mere commoner (a coarse one at that) say to such an aristocratic presence?
“Did you do your geometry homework?”
“Your scene was stunning”?
“Your dance was breathtaking”?
“Your beauty is proof of God’s existence”?

Aaron sent me some clippings from the Bulldog Barks, including my review of “Rubber Soul” the month it was released, my first venture into the non-existent (1965) field of rock journalism. That means I’ve been writing about music for 52 years. I suppose I deserve some points at least for stamina.

In one of the pictures, I’m standing next to Leslie Stevens. If asked, I would deny ever having stood next to her. I suppose I went catatonic, so the event was never recorded in my adolescent ‘brain’. But the picture is there, proof of just how reliable my memory is. 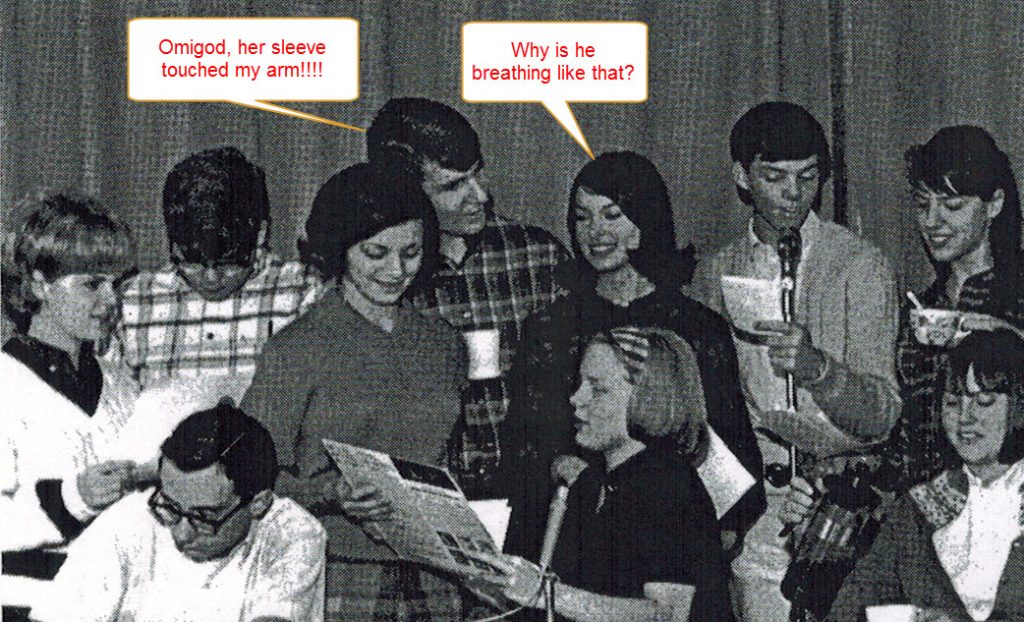 Aaron played George to Leslie’s Emily in Thornton Wilder’s masterpiece “Our Town”. I played George’s father, Dr. Gibbs. I of course had no scenes with Leslie. Fathers-in-law in Grover’s Corner didn’t talk to their perspective DiL. (I’m fortunate enough to have a lovely one with whom I speak frequently and warmly.) Of course, Mr Webb has that great scene with his son-in-law-to-be; but, alas, such was not the fate of the lad that was me. 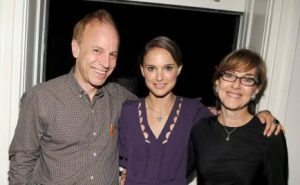 Skip forward some 15 years, to the early 1980s. I’m doing reserve duty as a medic in the Israeli Defense Forces in a clinic in an old British Mandate army camp in Jerusalem, right in the middle of Mea Shearim, the ultra-Orthodox bastion. It’s late, it’s boring, and I’m playing Jewish Geography with the army physician on duty, a Dr Hershlag.

“Do you have kids?” he asks.
“Yeah, a daughter and a son. You?”
“A baby daughter, Neta-Li (נטע-לי). So where are you from originally?”
“Ah, Cincinnati.”
“Cincinnati? My wife’s from Cincinnati!”
“Really? What’s her name?”
“Shelley. Shelley Stevens.”
“Nope, didn’t know her. I knew a Leslie Stevens in high school.”
“That’s her sister! Hey, soldier, are you okay?” 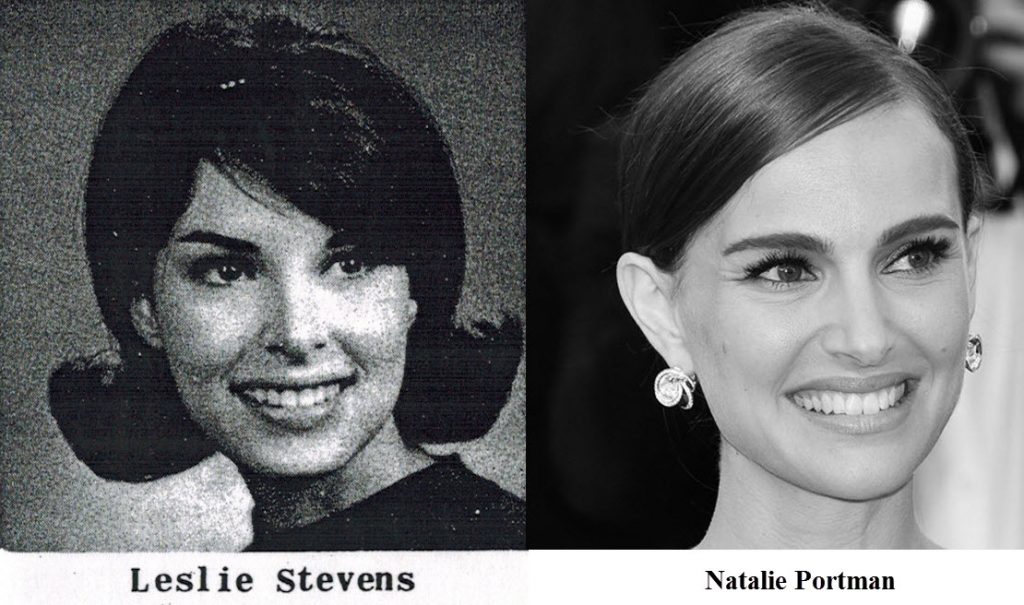 Skip forward another dozen or so years, still BI (Before Internet). My high school friend Marc is sitting in my living room in Israel.
“Did you know that Leslie Stevens’ daughter got into the movies?” he asks.
“Not too shocking,” I reply. If she’s anything like her mother, it’s no surprise, we concurred.
“Her name is Natalie something.”
I guess I had read about the child star of “Léon”, that she was Israeli-born. I processed this for a moment and responded:
“Not her daughter. Her niece.” 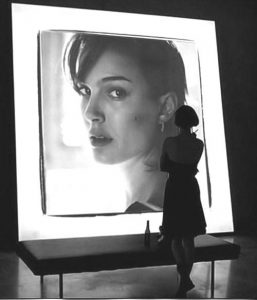 I’ve been probably more enthralled by Natalie Portman over the years than most humans, and that’s saying a lot.
It’s not just because I find her to be Beauty Incarnate. Everyone knows that.
It’s because she’s a dead ringer for Aunt Leslie. Not just those cheekbones. Not just the shape of her smile.
It’s the deportment. The regality. The perfection.

I’ve seen pictures of her parents. I’m sure they’re both very nice people, but her genes are those of her aunt.
This I know.

I was recently watching the opening shot of “Jackie”. I see that face and I say casually to myself, “Oh, there’s Leslie! My God, she’s beautiful.” And then I catch myself. It’s not Leslie, it’s the niece.

“They” often say that a man often resembles his maternal uncle. I know it’s true in my case. I saw him rarely during my life, but I always felt an mystic genetic bond with him. The coloring, the posture, the teeth, the penchant for telling shaggy dog stories. How often I would make some remark or gesture, and my mother would turn to my father and say “It’s Shim.” 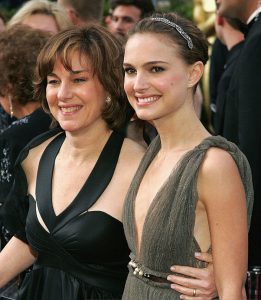 That uncle-aunt/nephew-niece relationship can be a landmine. Almost Parents, but who really cares? I know I always expected my uncle to understand me and care about me a lot more than he did, and it caused me no little disappointment at various crossroads throughout my life. But at least our relationship wasn’t as pathological as that of Uncle Charlie and Niece Charlie in Hitchcock’s masterful “Shadow of a Doubt”.

I have no idea what the relationship is between Leslie and Neta-Li, if there is one. I have no idea if the rest of the family is as acutely aware of the dopplegangery going on there as I am.

I do know one thing. That no matter how much the entire world thinks that Natalie Portman is The Most Beautiful Woman in the Universe – and I don’t disagree – I know she’s a copy. A divine copy.

But I know that you, Leslie, wherever you are, however you are, even if you weigh 350 pounds, have more wrinkles than a sea anemone, are drying out from multiple addictions and personality disorders, whatever ravages Father Time has wrought upon you—for me you will always be the most beautiful girl in the world.