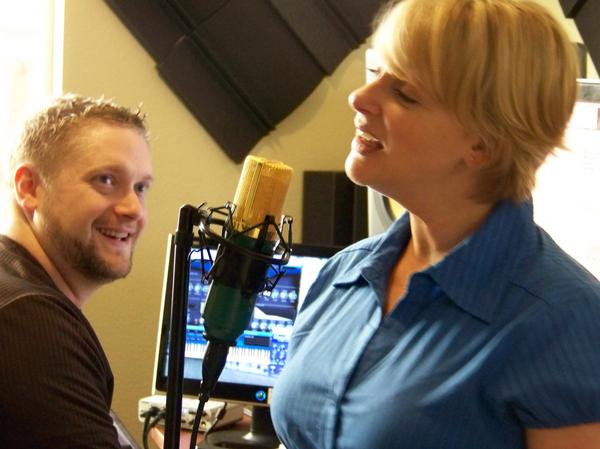 Vertical Voices, ‘The Cry and The Smile’

Nando Luria, ‘The Cry and The Smile’

I have some really exciting news for you: This week, SoTW is going on a field trip!
I have some less exciting new for you: We’re going to be retracing some of the circuitous, tenuously coherent musical routes I’ve been taking over the last couple of weeks.

I guess in this digital age, we could call it Streaming of Consciousness.

I’ll give you a hint of where we’re going with this: Everything Is Connected.
Pretty profound, huh? Especially when we’re talking about the highways (no pun intended) and byways of the internal sonar roadmap of this little Yorick skull here.

Where does one find a loose thread to start within the seamless continuum of time? Well, let’s start with what’s currently playing, and see where it takes us. 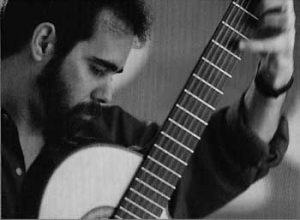 How did we get to Nando, you might ask? 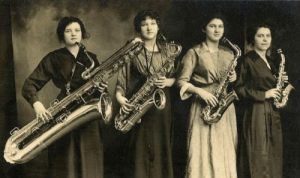 Well, not via Pat Metheny. I have a humiliating confession to make: I really do pride myself on being an open-eared, catholic (albeit Jewish), eclectic, latitudinarian listener. Yet non-Brazilian jazz guitar leaves me shrugging. I’ve tried Charlie Christian, Django, Wes Montgomery, even Jim Hall (how I wish I could fully appreciate his two collaborations with Bill Evans!), John Scofield, Bill Frisell, and everyone in between. My loss, I know. (In contrast, I’m a sucker for soprano sax. Give me my Aunt Zusha on the soprano and I’ll weep.)

My buddy, vocal visionary Roger Treece, told me I have to love his buddy Lyle Mays (see above). I’ve tried, Roger, really I have. The sound is a wonderful waft, both of him and of his guitarist bandleader Pat, but I always wind up feeling like I’ve just eaten an air sandwich with extra wind dressing. 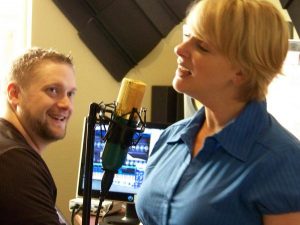 I got to Nando through Vertical Voices.
Know what? It’s really hard to discern order in a process that is not based on order, but rather a fluid continuum of associations.

Last week I republished a posting about Maria Schneider, the composer/bandleader I so greatly admire, assistant to the legendary Gil Evans, mining the area between jazz and contemporary classical music. So I started listening to her again this week—it don’t take much to get me to listen to her. She relaxes me like a long walk in a Minnesota field, watching the birds and breathing the air. Which is actually exactly what her music is about.

And as I mentioned back there, there’s this husband and wife team of singers/arrangers, Kerry Marsh and Julia Dollison. In 2007, they recorded an album “Vertical Voices–the Music of Maria Schneider”, a collaboration with the composer, backed by members of her orchestra, but with the two of them singing all the horn parts. (Both Ms Schneider and VV are supported by ArtistShare, a fan-funding platform which I gladly support).

Four years ago, when I found that I had willed into being a 40-voice modern a cappella group, Vocalocity, I asked myself “What for? This is a new kind of music – rhythmic (that’s a euphemism for ‘rock’) music made solely by voices. Why not just use the time-proven Chuck Berry format?”

That’s when I got really weird. I started asking all my friends from the world of modern a cappella “What’s the raison d’etre for this music? I love it, but what can the voice do that other instruments can’t?” 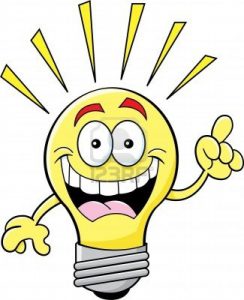 I learned quite a lot (at the cost of not a few raised eyebrows). The voice can sing a single (singable) note, and change the sound—warble, twang, hollow, resonate, anything. No other instrument is flexible like that. A piano makes the sound of a piano. A sax pretty much the same. The voice can make a whole shitload of different sounds. Hey!

I understand that not everyone in the world loses sleep over this question (the fundamental nature of vocal music), but it turns out I ain’t the only one. Kerry Marsh (remember? V of VV): “The goal was never to directly imitate the sounds of the instruments themselves, but to present the music with the kind of life and emotion that only the human voice can provide, even without explicitly telling a story through the use of a lyric.”

That guy is talking my non-language. One of the very cool things about this cult I inhabit is the friendliness. People in the field talk to each other, even the stars with the mere peons like myself. I just dropped Kerry Marsh a line, telling him how much I appreciate what he’s doing. And he wrote me right back telling me how much he appreciates my appreciation. 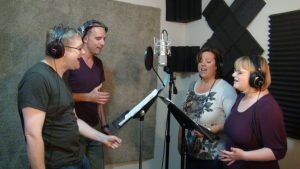 Where were we? Oh, yeah. After the Maria Schneider project, in 2010 Mr and Mrs Marsh/Dollison added two more singers to Vertical Voices and released “Fourward”, which has been riveting my attention all week long.

Compare Bob Mintzer’s group Yellowjacket’s ‘Timeline’ to the cover version by Vertical Voices. The original is lovely. I gotta listen to Yellowjacket more—that’s near the top of the listening list for next week, right behind a more exhaustive examination of the entire, wackily diverse catalog of Snarky Puppy. 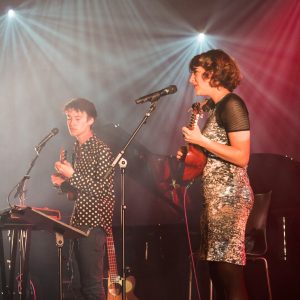 Or compare Nando Luria’s ‘The Cry and The Smile’ to the cover version by Vertical Voices. Nando floats. VV soars. Nando’s guitar and drums and voice are beautiful. VV’s voices (with rhythm section) are beautifuller. You know what? They achieve aural climax. The human voice. Oh, man!

Or compare Pat Metheny’s ‘Travels‘ to the cover version by Vertical Voices. Pat wrote a charming, affective tune. VV’s version? Someone (I suspect arranger Kerry Marsh) has been listening to the celestial choirs of Brian Wilson. They’re both made out of air, but there’s a big difference between vapid and celestial.

Or compare Imogen Heap’s ‘First Train Home’ to the cover version by Vertical Voices. Imogen Heap has inspired a lot of the a cappella/vocal artists I listen to (check out Vocal Line’s beautiful ‘Let Go’). She’s done some of the most interesting vocal explorations in recent years (‘Hide and Seek’). Her and that guy Bon Iver (‘Woods’). Not to mention Jacob Collier. 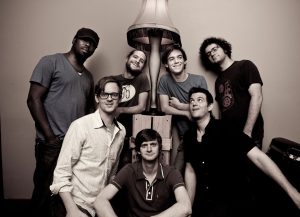 Twenty times this week:
“Listen to this ‘Fourward’ by Vertical Voices! It’s a cappella with a rhythm section!”
“Jeff, you’re contradicting yourself. A cappella means without instruments.”
“Yeah, I know. But they’re doing something new. A vocal mindset, with a little help from friends. Releasing the singers from the ‘technical’ tasks of percussion and bass-drive. That’s new!!”

And then, as I’m starting to go through Snarky Puppy’s discography, what do I trip over? Them backing up a young singer named Chantae Cann. The first cut—‘Da Da’n Da’. Do you want to tell me that she hasn’t been listening to Maria Schneider? Or at least been informed by it? Yeah, it’s Snarky Puppy, but she’s doing all these voices! I swear, she’s a musical cousin of Dollison and Marsh.

Chantae Cann with Snarky Puppy, in my musical mind, lives next door to Dollison and Marsh. That’s what gets me – how do you get from VV to Chantae via Snarky Puppy? How does each connect to Michael League’s collective? That’s the fascinating synapse that I think people should pay more attention to. Or am I the only one hearing those voices? Whoops.

Screw the voices, I’m going to tell you anyway. There’s a commonality there. A way of perceiving the aural universe around us, that these artists have in common. Maybe they watch the same TV shows, read the same on-line magazines, affect similar styles in dress and hair. Maybe it’s just the sound of our times. But in my mind, it’s all connected. 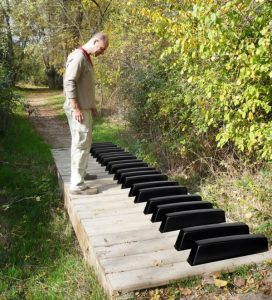 The next YouTube clip is Snarky Puppy with Becca Stevens and Väsen. (Väsen is a Swedish Nordic Roots band, another sonic world that I’ve developed an addiction to). Becca is a knockout young singer whom I’ve had the pleasure of interviewing extensively on this stuff. She’s played with Jacob Collier (and he’s of course also recorded with Snarky Puppy). She sings in a trio with who’s also recorded with Rebecca Martin and the fine, fine Gretchen Parlato as Tillery,  not so far afield from other chick groups doing cutting edge vocal work all over the musical globe, like the all-star alt-Americana group I’m With Her. And tell me that they’re not connected to the very ballsy Finnish a cappella quartet Tuuletar. Or, in the other direction, to The Staves.
Cool, creative young women singing.

You see what I have to deal with? This hurly-burly jumble of voices in my mind? Beyond my willful predilection for inventing chains and associations and comparisons and tangents, what connects it all?

The human voice. The only instrument fashioned by God.