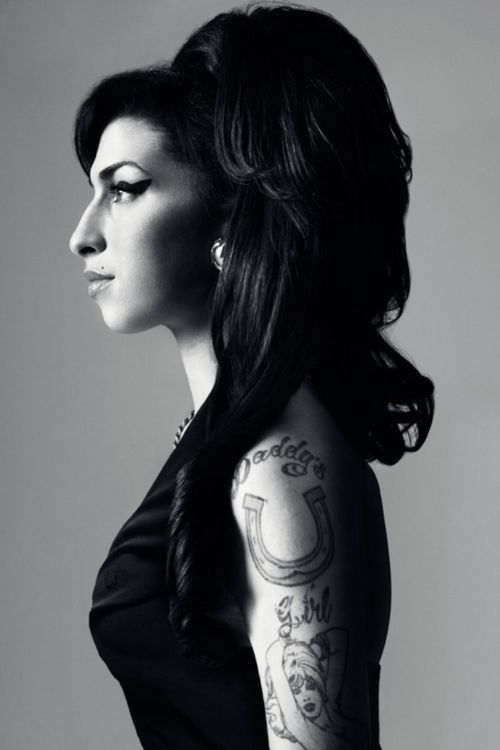 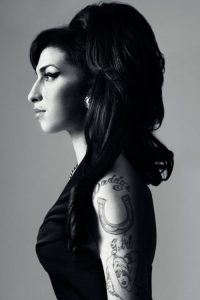 It’s not enochlophobia (fear of crowds) that I suffer from (hey, I was at Woodstock, and I’ve performed the priestly blessing at the Western Wall), but rather an allergy to That Which The Masses Adulate. Call it acute snobbery.

When the movie “Hard Day’s Night” was released, I wouldn’t go see it for the first month because the theater was full of screaming girls. I wanted to see and hear my Beatles. To hear all the overtones of the first chord. To chuckle knowingly to myself every time Paul said “Actually, we’re just good friends”, to nod sagaciously when George quips “You don’t see many of these nowadays, do you?” Those teenie twerpettes wouldn’t get the jokes, and I wasn’t going to strain to hear them over their grunts and squeaks and groans and moans. Quiet chuckle, that’s me. Still is. When McCartney or Simon comes to town to play the stadia, you’ll find me at home sipping tea and listening to their original recordings from 40 years ago. With headphones. 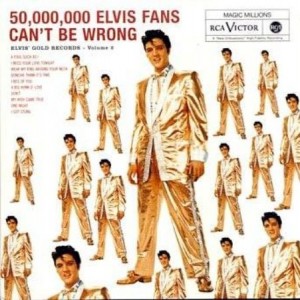 But there’s a catch here. “50,000,000 Elvis Fans Can’t be Wrong” was the title of his second collection of greatest hits (1959). If you think there’s no truth in that, check out Young Elvis. I think most people think of Elvis like this. I think of Elvis like this. It was a great piece of advertising, and the cover has become iconic, spawning imitations from Rod Stewart to Bon Jovi. We could discuss ad nauseum here the dialectic of popularity vs sincerity, as I did most nights in the dorm of my freshman year in college.

But more interesting is the fact that the RCA copywriters snatched the Elvis meme from Sophie Tucker. Who’s Sophie Tucker? Find that out yourself, Virginia, but in 1927 she had a hit as big as her bazooms with ‘Fifty Million Frenchmen Can’t Be Wrong’. And what’s a ‘meme’ you may ask (as I did)? It’s an “idea, behavior, or style that spreads from person to person within a culture”. As opposed to a snowclone, which is a “neologism for a type of cliché and phrasal template, a multi-use, customizable, instantly recognizable, time-worn, quoted or misquoted phrase or sentence that can be used in an entirely open array of different variants (‘grey is the new black’)”.  I promise to report back to you on the difference between your meme and your snowclone. As soon as I figure it out. 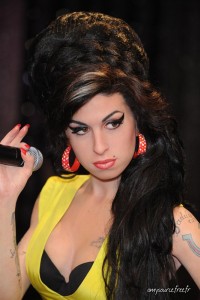 Which brings us right to Amy Winehouse (1983-2011). She achieved stardom at the ripe young age of 20, recorded two albums, a slew of bonus tracks (gosh I long for the days of orderly discographies) and piles of live performance videos; and died at 27 from rampant indulgence in every addiction known to modern womankind. She was over-the-edge provocative from the git-go, but adulated. With/despite her filthy mouth, her retro beehive hairdo, her outlandish attire, she became a lifestyle model. The media coddled her. The half a billion grandchildren of the fifty million Elvis fans embraced her, even as they were booing her for being too drunk to finish her stage performance.

What made her so popular? Her mouth? Her hair? Her boobs? The screaming, teeming masses kept me away for ten years. But now that the noise has died down enough for me to give a listen, I can tell you why. It was her voice and her songs. Her very impressive and serious musicianship. Her very fine talent.

I won’t pretend to have mastered her extensive library of bootlegs and outtakes, and I’m sure I have absolutely nothing to add about Amy to those who followed her career in real-time. But not surprisingly, some of my old codger friends are latecomers and (now that the shouting has died down) impressed and interested. So these few observations are for them.

Her two albums are fine, polished, cheeky, fun. But for our Song of The Week we’re going with a live version of the title track of her second album, “Back to Black”, from the 2007 Glastonbury festival. And here’s the whole concert, which I thoroughly enjoyed. 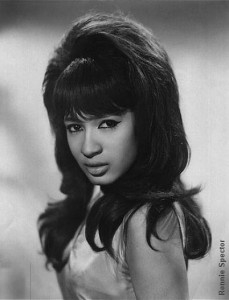 What do we have here? Well, the opening riff is ripped from The Supremes’ ‘Baby Love’. (I had the privilege of seeing Frank Zappa and The Mothers of Invention perform this song in concert, but that’s something wholly other.)  The beehive hairdo is usually attributed to The Supremes’ darker colleagues The Ronettes. Here’s their ‘Be My Baby’. The influence on Amy is pretty obvious. What might be less so are the facts that a) Brian Wilson called this the greatest pop record ever made (Phil Spector, of course); b) young Cher sang backup on the original recording; c) lead singer Ronnie Bennett became Mrs Spector; The Rolling Stones opened for Les Ronettes on their the latter’s 1964 UK tour; and the girls opened for The Beatles on their 1966 US tour.

But by Amy’s time, the sultry chick singer was backed not by two chicklettes, but by two very well-endowed, very suggestive male singer/dancers. One wonders what all was written into their contract. She’s backed as well by a very fine, versatile band, playing her whole amalgam of styles, drawing generously from Motown, blue-eyed soul, and of course Dinah Washington.

Amy’s debt to Dinah is great and openly acknowledged. Here’s Amy explaining just how great the influence is, not only in vocal styling, but in style, in attitude, in the way they both perceive and describe the world. But Amy is no cheap imitatress. Check out the lovely segue here from the funky Motown beat to the lovely jazz cadenza at 2:30. We’re talking giants on the shoulders of giants. 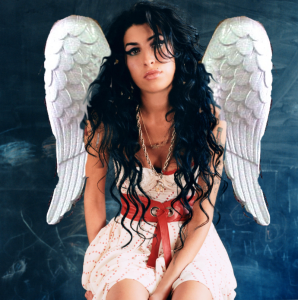 Amy’s relatively small repertoire includes lots of ‘covers’. But they’re neither derivative nor fillers. They’re homages to fine, pre-worn materials that she makes her own. Check out her ‘Our Day Will Come’ and Ruby and the Romantics’ original; or her ragged, reggaed ‘Cupid’ version of Sam Cooke’s original; or her ‘Will You Still Love Me Tomorrow, cf The Shirelles’ original (written of course by Carole King, her first #1 hit, subject of SoTW 182); her version of the Teddy Bears’ ‘To Know Him is to Love Him’ (Phil Spector’s very first hit); or her lovely, respectful treatment of James Moody’s jazz classic ‘Moody’s Mood for Love’ (here’s King Pleasure’s original version; it’s been covered by such luminaries as Van Morrison and Kurt Elling).

Amy’s great originals (‘Tears Dry on Their Own’, ‘You Know I’m No Good’, ‘Rehab’, ‘Stronger Than Me’) draw upon numerous rich traditions. But make no mistake. Covers, self-penned, Amy Winehouse was an original.

What lessons can we draw from Amy’s legacy? Yes, her membership in the 27 club (Brian Jones, Jimi Hendrix, Janis Joplin, Jim Morrison, Kurt Cobain) is indeed tragic. And her self-destructive exhibitionism is pornographically riveting. But the music is real, and solid, and lasting. The generation Xers and Yers would be enriched by listening to her forebears. And us baby boomers, albeit belatedly, should avail ourselves of this fine, very serious and very talented vocal artist.