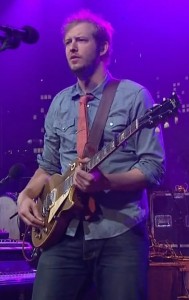 I’d been listening to him (the band is the instrument of one Justin Vernon) casually for a couple of months, casually enjoying the ghostly, androgynous vocals, and elusive harmonies.

He reminded me not a little of a number of young artists I’ve been enjoying –faux Cockney James Blake (with whom Vernon has collaborated), Detroitian Subud (that’s a religion) Sufjan Stevens (to whom he’s apparently been compared), the Icelandic band Sigur Rós (with whom he shares a bleak acoustic northern sonisphere), the Danish band Choir of Lost Believers, even the genus-defying Antony and the Johnsons.

I’m sure there are a myriad of others out there in Indie-apolis, but those are the ones I’ve tripped over. 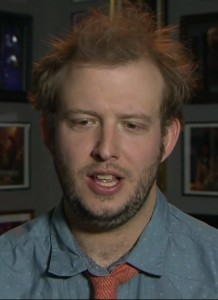 I do spend some effort trying to figure out the mindset of young ‘uns circa 2015. I’se thinking these falsettos and acousticness and bleached sound palettes are the sonic correlative of an underlying social reality — together with the flagrant asexuality, the organic cool, the disdain for flash, the enthrallment with gadgets – I think we’re in the Age of Disengagément: it’s the year 8961 (that’s 1968 upside down). Climb down off those barricades. Open the Administration Building at Columbia University. Close the road to Yasgur’s farm. Unplug Jimi Hendrix’s guitar before he burns it.

Walk down to the compost in the middle of the morning to throw away the organic eggshells from the freeroaming chickens. Take a year off work at the age of 30 to bicycle to Guatemala. Record an album in your bedroom. Google the answer to whatever’s puzzling you. (I just tried it on “Meaning of Life” – 383 million hits, including a Wikipedia entry; I’d better start reading!).

So I’m listening to this Bon Iver – yeah, gentle on the ear, intelligent, indecipherable lyrics and harmonies. And then I took a look at this video, Bon Iver in concert on the Austin City Limits TV show. And I was blown away, as we used to say.

But front and center it’s all Justin Vernon on guitar (or keyboard or knobs), his distinctive falsetto tweaked and processed so the words are way beyond discernment. Then you read the lyrics and find they’re still incomprehensible (he writes wordless melodies, then writes words according to the sound of the syllables of the melody), making a whole lot more sound-sense than logic-sense. 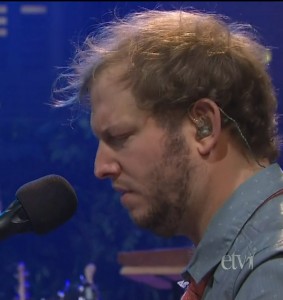 At the low-key dramatic end of a song, he may drop to his knees – not James Brown agony shtick or Jimi Hendrix in acid prayer – but to fiddle the knobs and switches on his gadgets. Oh, it’s a brave new world, Jeff.

The whole caboodle is all perfectly under control, fully orchestrated yet utterly alive. Inspiration and perspiration hand in hand, in perfect (if bewildering) harmony. All nine guys casually displaying a virtuosity that boggles my age-encrusted ears.

I’ve been listening to Gil Evans’ last recordings, when he was dabbling in Hendrix and Sting. I think perhaps Bon Iver is what Gil Evans might be doing today if he were with us.

Justin Vernon (b. 1981, Eau Claire, Wisconsin) moved his high-school band to North Carolina. After a year and two DYI CDs (see, I can walk the walk/talk the talk), his band broke up, his girlfriend broke up, and his liver contracted mononucleosis. He moved back to Wisconsin (“I wanted to be where it was cold”), spent a monastic winter drying out his senses in his father’s cabin, recuperating in bed, not speaking for weeks at a time. He also wrote and recorded all by his little lonesome self almost the entire album “For Emma, Forever Ago” on a bunch of old equipment that was lying around. 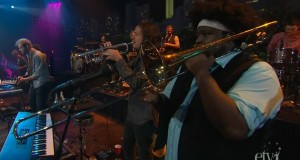 While hibernating in the cabin, he was watching Northern Exposure. When the townsfolk of Cicely emerge from their homes into the first snowfall of the winter, they greet each other “bon hiver” (‘Good Winter’, which Vernon transcribed as “boniverre”, and decided to stick with a misspelling, as “hiver” reminded him too much of “liver”.

The album drew no little attention in the Indie scene, then caught on commercially. His songs were drafted into a dozen TV shows and movies, he appeared on Letterman, gave shows geared for audiences of different ages (same music, different ugly clothes, wholly different vibe reflecting the nature of the crowd) and collaborated with Kanye West. 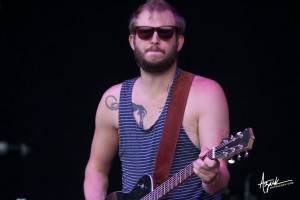 Then in 2011 he released “Bon Iver, Bon Iver” on an Indie label, self-engineered and self-produced. It was recorded in a remodeled veterinarian clinic in Fall Creek, Wisconsin that Vernon built over a defunct swimming pool “only three miles from the house I grew up in, and just ten minutes from the bar where my parents met.” “I built the record myself, but I allowed those people to come in and change the scene.”

The band toured worldwide with great success, they became darlings of the Indie scene, and the album earned four Grammy nominations, winning two for “Holocene”. Then Vernon disbanded them: “We’re winding it down. I look at it like a faucet. I have to turn it off and walk away from it because so much of how that music comes together is subconscious or discovering. There’s so much attention on the band, it can be distracting at times. I really feel the need to walk away from it while I still care about it. And then if I come back to it – if at all – I’ll feel better about it and be renewed or something to do that.” 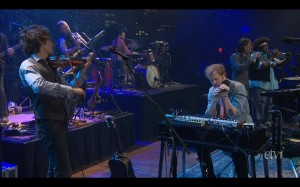 Huh? Did I just read a definition of sorts of ‘disengagément’?

Young Mr Vernon is a member of a few bands, including (at time of writing) Volcano Choir, Gayngs and The Shouting Matches (guess what my next research project is), collaborating with and producing a bunch of others. Did someone mention a whole new attitude toward ‘commitment’?

Justin Vernon is hands-down the worst-dressed rock star I’ve ever seen. I don’t think everyone needs to emulate Sly Stone. But, c’mon guy, a dirty tank-top revealing your less than Greek figure? But all the audiences – which seem to range from 17 to 37, each show somehow reflecting the vibe from the particular venue – know his music well enough to sing along.

He’s been known to hand out printed sheets of his lyrics at concerts because he likes the audience singing along. “I don’t want to be the guy with an acoustic guitar singing songs, because that’s boring for the most part. The song actually needs 80–500 people singing or whatever the vibe is of that room, it needs that fight”

His output as Bon Iver is meager – a measly two LPs and an EP. And it’s more or less of one chromatic theme. But watching the live shows, those nine guys purposefully switching instruments during the course of a song, the brushstrokes and shadings all come into focus. The composition isn’t casual at all, despite the disheveled image he chooses to project. The guy’s an artist, an accomplished, serious artist.

I just hope he finds a groove (or grooves) to commit to, to thoroughly work through and develop and refine and expand. And to draft all that laid-back talent and craftsmanship, and forge it into coherent, engaging personal artistic statements. You can impale an earworm on a melodic hook. But you still have to catch the big one.

‘Towers’ – Austin City Limits (watch the whole hour-long show if you can find it!)

For the love, I’d fallen on in the swampy August dawn
What a mischief you would bring, young darling
When the onus is not all your own
When you’re up for it before you’ve grown

From the faun forever gone
In the towers of your honeycomb
I’d a tore your hair out just to climb back, darling
When you’re filling out your only form
Can you tell that it’s just ceremon’?
Now you’ve added up to what you’re from

Build your tether rain-out from your fragments
Break the sailor’s table on your sacrum
Fuck the fiercest fables, I’m with Hagen

For the love, comes the burning young
From the liver, sweating through your tongue
Well, you’re standing on my sternum don’t you climb down, darling
Oh, the sermons are the first to rest
Smoke on Sundays when you’re drunk and dressed
Out the hollows where the swallow nests