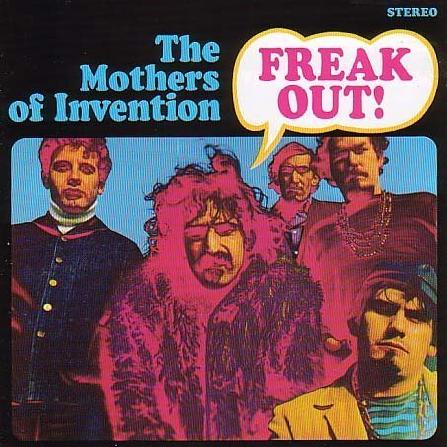 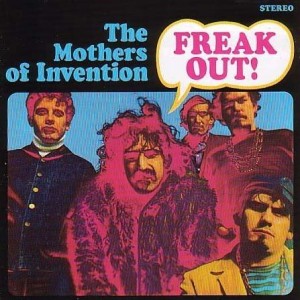 I read your Song of The Week somewhat regularly, and I do enjoy it on occasion, especially when you talk about The Good Old Days. I heard a rumor that you met Frank Zappa back then. Is it true??? I’d sure love to hear about that. He’s the greatest musician of our times, I think, even more than Taylor Swift.
Yours truley,
Suzie Shamenet, Philadelphia

Well, Suzie, it’s true. I did buy The Mothers of Invention’s debut album “Freak Out” the week it was released (June 27, 1966), way before anyone else in Ohio had heard of them, and was an early proponent. And it’s true that I saw them in concert at Taft Auditorium in Cincinnati in April, 1968. And it’s true that I had the pleasure of interviewing Mr Zappa before the show. 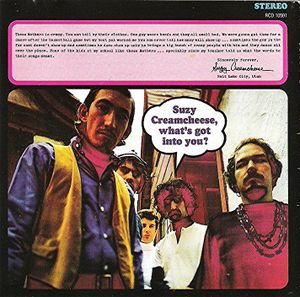 The reason I’ve refrained from sharing those experiences and thoughts is that the cult of his devotees has grown so in breadth and depth that I feel I’ve been left far behind by the armies of sophisticated young ‘uns for whom Zappa is a cultural icon and musical point of reference. Swing your Fender Stratocaster today and you’ll hit half a dozen fuzzy-cheeked wunderkinder who get him much better than I do. But since you asked…

My perception today is that Things (i.e., music and the cultural revolution it expressed) happened from The Beatles appearance on Ed Sullivan in February, 1964 to Altamont (August 1969) or the release of “Let It Be” (May 1970), take your pick. Everything before was preparation. Everything after was aftermath. 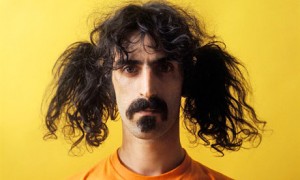 But I was already looking beyond singles into the 12-track LPs. I’d simply plant my feet in front of the racks of the biggest record shop and rifle the stacks for hours, plucking out everything that looked faintly promising, my only source of information being the flimsy web of data I could glean from the record covers themselves. The albums released that month included: 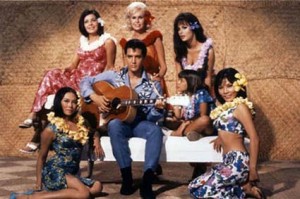 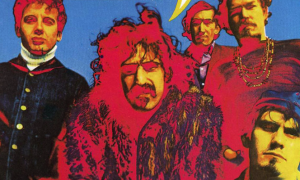 Suzie, you have no idea how off the charts “Freak Out!” was. The word ‘freak’ was strictly a pejorative in those days (that means ‘a bad word’). The hippie scene was nascent, hardly mentioned in the white boxer-short media. My grandfather saw me, the harbinger of fashion, in cut-off jeans, and asked why I was wearing torn clothing. “It’s the fashion,” I replied. “Oh, the fashion,” he nodded, lighting his pipe, comprehending yet bewildered.

In those days good was good, bad was bad. Good kids wanted to be good. They certainly didn’t want to be freaks. Me? “Freak Out!” entranced me. My parents, who really were not members of the Brain Police might have confiscated the album, had I not hidden it in a plain brown rapper. It was that outrageous. Thirty years later it was given a Grammy Hall of Fame Award and voted among the “500 Greatest Albums of All Time”.

The Mothers of Invention, ‘You Didn’t Try to Call Me’ 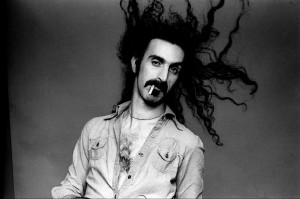 So there was Frank Zappa (1940-1993) and his band rubbing my face in a new reality – playing off doo-wop and 1950s teen clichés, but with a whole lot of nastyisms: “Wowie zowie, your love’s a treat/Wowie zowie, you can’t be beat/Wowie zowie, baby, you’re so neat/I don’t even care if you shave your legs.” “You’re probably wondering why I’m here/And so am I.”

For a 1966 17-year old, that was really edgy. I admit, it seems just a bit adolescent fifty years on. But what for me was the pièce de résistance of the album was the pentultimate cut, ‘Help, I’m a Rock’. On the original release it was a single 8:37 cut: Help, I’m a Rock (Suite in Three Movements)
I. Okay to Tap Dance
II. In Memoriam, Edgard Varèse
III. It Can’t Happen Here”
Later releases broke the last section into a separate cut.

It’s hard for me to sell a piece like ‘Help, I’m a Rock’ (purportedly dedicated to Elvis). It predates John’s ‘Revolution #9’ by over two years and surpasses it by 20 leagues. John’s is a self-indulgent, meaningless waste of wax. Frank’s is a bold, groundbreaking composition of seditious non-sense. 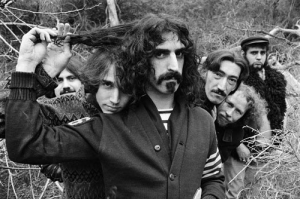 Here’s ‘Ionisation’ by Edgar Varèse (1883-1965), Zappa’s musical guiding light. He believed in “organized sound”, “sound as living matter”, and “musical space as open rather than bounded”, “sound-masses” likening their organization to crystallization. “To stubbornly conditioned ears, anything new in music has always been called noise”, and he posed the question, “what is music but organized noises?”

Here’s Frank’s answer, and to me – now almost as much as then – it’s thoroughly convincing. I don’t know the conditions under which ‘Help, I’m a Rock’ was conceived, recorded and edited, but the result is (for my ears) a coherent artistic statement. Admittedly, the piece is exhorting the listener to participate in a revolution that’s long been fought and won. The world is full of freaks. Anything goes. I filled out a form for Amazon.com which began by requesting my Name, Address and Sex. The dropdown for the latter offered the choices of “M/F/Other”. Zappa 1, Barry Goldwater 0. 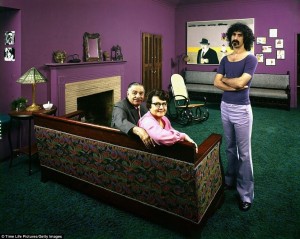 Can I convince you that ‘Help, I’m a Rock’ makes ‘sense’? For sure not. It makes non-sense, but it does so in a manner that convinces me. And a lot of other people spanning a whole bunch of generations, geographies and cultures. If Zappa had come to my door in 1966, the neighbors would have called the cops. Today he, the term ‘freak out’ that he coined and the aesthetic it engendered snuggle up on the living room couch watching network TV.

But Suzie, I promised you a story, didn’t I? Well I went to Taft Auditorium in April 1968, with the Mothers’ first three albums in my head. I walked into the interview with no little trepidation, fully expecting Frank Zappa to bite my neck, suck out all my blood, and turn me into a real (California) freak (I was already an Ohio freak, but that’s something wholly other).

He stood up when I walked in, walked towards me smiling, extended his hand, shook mine firmly, saying with disarming warmth, “Hi, I’m Frank Zappa, what’s your name?” Unfortunately, I don’t have a copy of the interview I wrote up. The only specific I remember is his maintaining that high schools are derelict in not teaching students the basic skills of coping with life, such as fixing refrigerators (his example).

I remember more about the show. They played ‘Louie, Louie’, with Zappa doing a 5-minute guitar solo on a single note. He asked for a volunteer from the audience to sing a chorus. A young guy with a butch haircut and US Marine written all over him jumped up and grabbed the mike. While he was mumbling it out (if you don’t know the history of trying to decipher the lyrics to ‘Louie, Louie’, you’re missing the Rosetta Stone story of the 1960’s), Zappa tossed him a doll, which the lad proceeded to joyfully dismember. This was a month after My Lai, well over a year before the story broke. What was the audience thinking as we watched? God only knows.

What I do remember clearly was the Mothers’ show-stopping rendition of The Supreme’s ‘Baby Love’. I’ve never been the same since. But I guess maybe you had to be there.