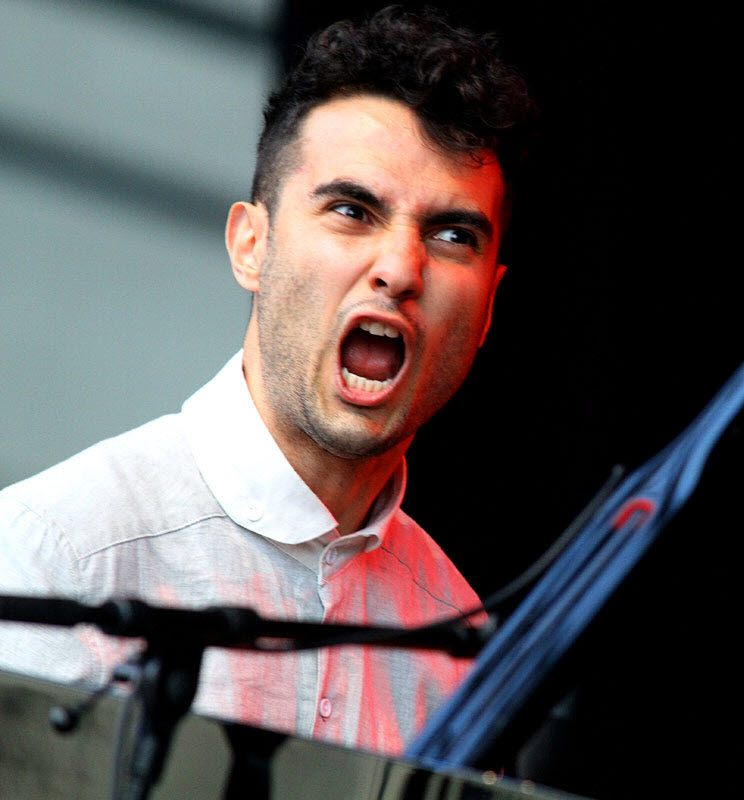 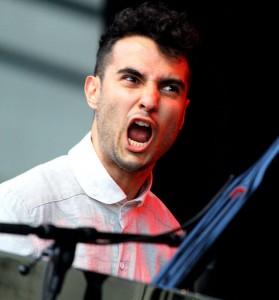 Do you know who was the most popular American entertainer (singer/actor/writer/director) in the Soviet bloc in the 1970s-80s?  Robert Redford? Nope. Clint Eastwood? Nope. Harrison Ford? Nope.

It was Dean Reed. You remember Dean, the guy whose 1959 hit ‘The Search’ surged to #98 on the Billboard chart for one straight week? So he settled in South America where he became a visiting gringo rock star and TV celebridad and turned bright red. Then he went to Italy, where he appeared in authentic spaghetti Westerns. He became immensely popular back in the USSR covering Chuck Berry and Beatles hits, moved to East Germany, where he defended the Soviet intervention in Afghanistan, the building of the Berlin Wall (“self-defense”), and compared Reagan to Stalin. His 1986 suicide note (written by either him or Stasi) included an apology to Erich Honecker for the bad PR. 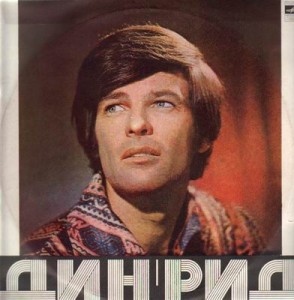 I know a couple of thousand people who grew up in the USSR for whom good old Dean is The American Star. No matter how many John Waynes and Paul Newmans and Richard Geres you shove in their faces, it’s Dean for them. They know.

Lest we mock our comrades, ask me who is THE Russian actor of the 1970s? For me, it’s not Влади́мир Ива́нович Хотине́нко. It’s not Леонид Владимирович Харитонов. It’s not even Евгений Александрович Евстигнеев. It’s good old До́ктор Жива́го, Omar Sharif. Along with his подруга, Julie Christie.

I’ve seen Americans drool over falafel (you gotta say that second ‘a’ with a long, broad Midwestern twang), hooooomooooos and tahini. I’ve seen my adopted countrymen stand in line to buy American ice cream and American peanuts, neither of which I’ve ever seen in my native land. 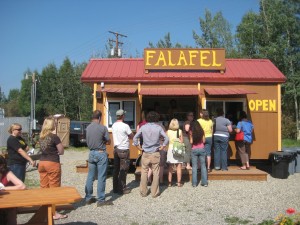 Which brings me to Tigran Hamasyan.

I’m very hesitant to write about a young Armenian jazz prog-rock art-music prodigy, whom I wouldn’t begin to grasp even if he were from Lima, Ohio (that’s Lie-ma, no Lee-ma). Which he is not. He’s from Gyumri (b. 1987, the year after Dean Reed’s tragic demise), the second largest city in Armenia, which has been an independent country since 1991. His father was a jeweler and his mother designed clothes. At the age of three he began to play Armenian folk melodies on the family piano, and from six attended music school, while dreaming of becoming a thrash metal guitarist.

At nine he began to study jazz; by his teens he was incorporating local folk melodies into jazz-form improvisations. The family moved to Yerevan (the capital city of Armenia) when he was 10. At 13 he began making an impression at European jazz festivals. The family moved to California in 2003, when he was 16. In 2006 he won the Thelonious Monk jazz piano competition under supervision of Herbie Hancock (“A-may-zing!   Now, Tigran, you are my teacher”). He spent a lot of 2013 back in Armenia soaking up local sounds (and presumably authentic cuisine). 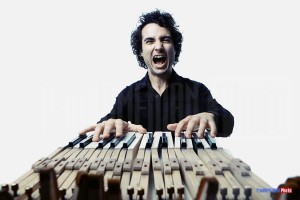 Tigran befuddles me. I’ve been listening to him on a binge for six straight days now, taking breaks only to eat, sleep and watch “The Killing” (in Danish) with my wife. I’m struggling to grasp the handle. Guess what, Jeff? There is no handle. 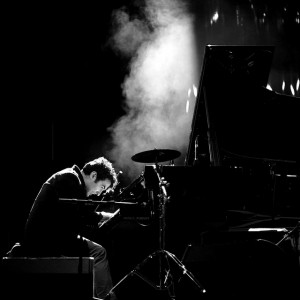 He’s brilliant, he’s basing himself on a musical language I don’t speak (Armenians have their own unique alphabet, which was invented by Mesrop Mashtots in 405 AD), impacted by a style I don’t hook into (prog-rock). But mostly it’s melded into “atmospheric punk jazz improvisations fused with the rich folkloric music of his native Armenia” (from the official website). These guys for sure get what he’s doing. Me? I can only try. I understand nothing of what Tigran is doing, but I’ve been riveted by it all week. And somehow it all hangs together in a mind-boggling, feet-tangling pastiche of rhythms and styles and mindsets.

I think. That’s the point, I’m not sure. Give me Chuck Berry, I know what I’m dealing with. Give me Glenn Gould, give me Brad Mehldau. Hell, give me Antony and the Johnsons. But this guy is beyond my ken. And if there’s anything in the world I don’t want to be, it’s a fan of Dean Reed.

If mine is not to conjugate, mine is to promulgate. If I can’t taxonify, let me facilitate. If I can’t dissect it, let me at least lay a few sounds on you. 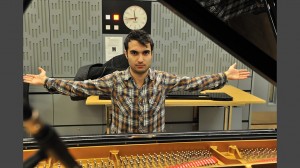 The first album, “World Passion” is a jazz quartet with lots of soprano sax. Here’s the title track.

The second, “New Era”, is a jazz trio setting with lots of prog and Armenian spices in the mix. Here’s ‘Homesick’.

By the third album, Tigran is showing more confidence and individuality. It’s called “Red Hail”, a reference to an apocalyptic deluge of pomegranate (the Armenian national fruit) seeds, turning the earth red. “…As the sun slowly rose over the horizon, a swirling mass of dark red clouds filled the sky, billowing up until, with a deafening thunderbolt, they unleashed a torrent of pomegranate seeds which pummeled the earth relentlessly, wreaking havoc over cities and villages everywhere, drowning the planet in a sea of red. And it hailed until the earth slowly turned into a pomegranate.” 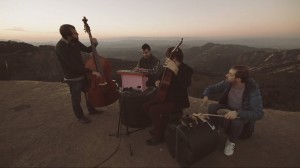 Lest you smirk, listen to ‘Shogher Jan’. Tigran has begun here employing the vocal services of Areni Agbabian, born in Santa Monica but raised on the sounds of her ancestral Armenia.

Tigran uses Areni’s voice as a lead instrument, singing wordless, long, difficult jazz lines often in tight harmony or even unison with a saxophone or (in “Shadow Theater”) with himself. This is a percussive-scat style I’m particularly fond of. I’ve found it popping up in the strangest places: Brazilian>American Luciana Souza in her first album; Brazilian sorcerer Hermeto Pascoal with his charming young wife Aline Morena; Israeli>American Tammy Scheffer; Azerbaijani pianist-singer Aziza Mustafa Zadeh; and you know what? – even Esperanza Spalding ain’t so far from that. 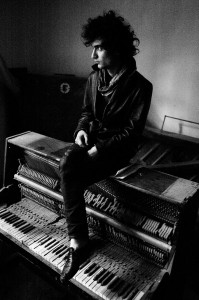 Next comes “A Fable” (2011), a solo venture. Here’s the title track, live. Tigran says it’s influenced by Herbie Hancock, Monk and ‘Stairway to Heaven’. Huh???? I’m not willing to sit and listen to many 24-year old pianists sit by themselves and play and sing whatever comes to them. Brad Mehldau? Sure. Tigran? Oh, yes. Check out ‘What the Waves Brought’. Then listen again. Then again.

As my buddy Mike so perceptively pointed out, the guy plays very precisely. He knows exactly what he wants to play. Strong, decisive, to the point. I think of Bill Evans, in contrast, where I feel that every note comes after Hamlet-level waffling. Well, Tigran is young. As he ages, he may have a few less answers and become even more intriguing.

Next is maybe my favorite album, “EP n°1”. Check out ‘A Crane Came from Van’. That’s some very, very cool music. Label? Ferget it. Want another one? Here’s ‘The Old Garden’. 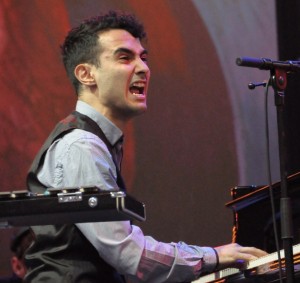 And then if you thought you were starting to get what he’s doing, in 2013 he goes and releases “Shadow Theater”, a whole new level of thumbing his nose at pigeonholes. It’s much more of a ‘pop’ sensibility, in that it’s produced. Each track has its own sound palette, its own audio color scheme. But sonically, it’s just all over the place. Every cut is a world unto itself. Indeed, a shadow theater.

Here’s ‘The Court Jester’ live, with Ms Areni at the mike.

Or ‘The Poet’, sounds that remind me a bit of bassist Avishai Cohen’s later stuff (well, his family is Turkish and he’s started singing Southwestern Asian folk materials) with a video reminiscent of Fellini.

Or ‘Pagan Lullaby’. You can watch him play it, plucking the piano strings with a 10-dram coin; or listen to the more produced album version, which doesn’t sound anything like the wonderful Icelandic ‘post-rock’ band Sigur Rós, does it?

Or check out the video for ‘The Year is Gone’ and tell me that Da Vinci wouldn’t get a major kick out of it.

Or, since we really must end this already (as Miles said to Coltrane, “Just take the fucking horn out of your mouth”), here’s our Song of The Week, ‘Drip’, the album version. It’s a world of music in and of itself. Heck, it’s a myriad of worlds. A veritable deluge of pomegranate seeds.