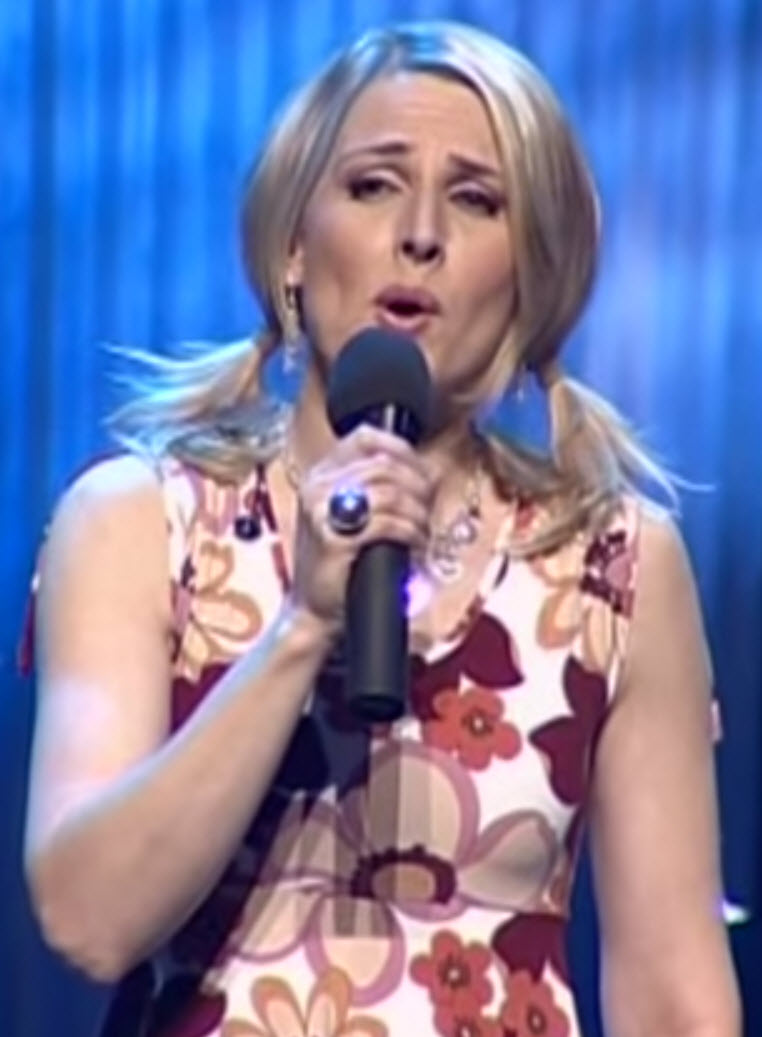 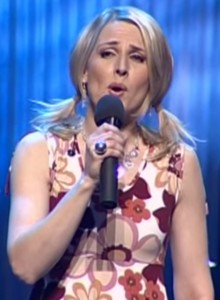 I was hanging with some musical friends this week, watching an old video of theirs, relaxed and routine, when – boom! – four minutes in heaven.

The Real Group. Margareta Bengtson. Monica Zetterlund. Bill Evans. Let me explain. But I’ll probably get all historical and detailed way beyond what any normal person would care about. So unless you have the patience of a stone, feel free to listen, watch, and be transported. The Real Group, ‘Monica Vals’.

In 1953, Bill Evans (1929-80) was released from the army. He’d finished a degree in classical piano at Southeastern Louisiana College and was trying to decide which direction to pursue, classical or jazz. So he took a year off, living in his parents’ home and practicing. He would visit his brother Harry (who eventually became a music professor and a suicide; here’s an mind-opening interview by Harry of Bill from 1966, very much worth studying) and his three-year old niece Debby. 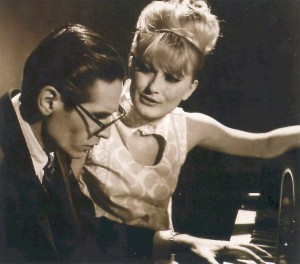 ‘Waltz for Debby’ has become a jazz classic, written mostly in ¾, not a common jazz signature. It’s charming, disarming, lovely and tender. It’s the genius that is Bill Evans at his best.

Evans included it on his first album, “New Jazz Conceptions” (1956), a solo performance. Perhaps his finest treatments of it were on his masterpiece recording “Live at the Village Vanguard” (1961), with Paul Motion on drums and the immortal (but fated to die 10 days later) Scott LaFaro on bass. Here’s Take One and Take Two. Here’s a posting dedicated to that session, one of the most sublime pieces of music I’ve encountered. 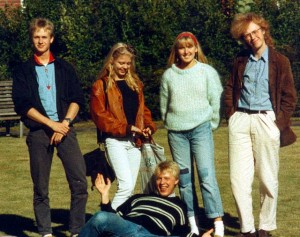 The Real Group then

Evans played ‘Waltz for Debby’ throughout his career, right up to the end. Here it is from 1964 with his wonderful second trio (Chuck Israels on bass, Larry Bunker on drums). And here it is from 1980 (with Joe LaBarbera on drums and Marc Johnson on bass), exactly one month before his tragic but inevitable death. Well, aren’t all tragic deaths inevitable? The song is usually performed gently (1956, 1961). Here in 1980, on the edge of the abyss, he invests in it a frightening passion that I discussed at length in a blog post about another signature song of his, ‘Nardis’.

In 1963, Evans asked his friend Gene Lees to write lyrics for the song. Some people think they’re precious and wonderful, some think they’re painfully kitsch and demean a perfectly restrained song. Me? I’m so caught up in the music I don’t even hear them.

I’ve found no evidence of why Evans asked for lyrics. The first version I can find a recording is a respectable treatment by Dutch singer named Rita Reyes, recorded for Dutch TV in 1964. In contrast, Johnny Hartman croons it to death in the same year (the follow-up album to his legendary collaboration John Coltrane and Johnny Hartman). Here’s the divine Sarah Vaughn’s version from 1966. Here’s the better-known 1975 Tony Bennet/Bill Evans duet collaboration. As my friend ML put it so well: “Tony Bennet doesn’t sing on that album, he shouts.” 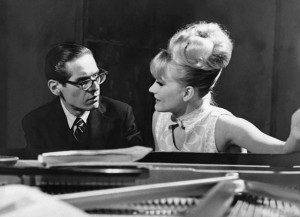 In the summer of 1964, Evans made his first trip to Europe, with his second trio – Chuck Israels on bass, Larry Bunker on drums. In Sweden he met a young singer named Monica Zetterlund (1937-2005), who had made a recording of ‘Waltz for Debby’ with lyrics by Beppe Wolgers, ‘Monica Vals’. They cut a wonderful album together, a paragon of passionate restraint (Evans) meeting icy perfection (Zetterlund). Here’s the recording.  Unfortunately the video of them performing ‘Monica Vals’ isn’t available, but here’s a beautiful ‘Some Other Time’ video from the same program. And here they are doing a beautiful, relaxed rehearsal of ‘Monica Vals’ two years later, with Eddie Gomez on bass and a Swedish drummer.

In 1984, five Swedish friends were at studying together at the Royal Academy of Music. They felt that other friends played all the instruments and styles better than they did, so they decided to try something different – singing jazz classics a cappella. Thus was born the genre I love so well, ‘modern a cappella’. They began by listening to classic jazz such as Count Basie/Quincy Jones and replicating it vocally, each voice singing a different instrument/part, resulting in a pure, breathtaking polyphony.  A couple of their earliest efforts were arrangements by Peder Karlsson of early Evans’ tunes: ‘Very Early’ and ‘Monica Vals’. Here’s an extensive interview I had with Peder describing the riveting metamorphosis of the group. 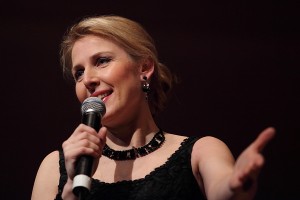 And finally – our Song of The Week, our Performance of The Week, our four minutes of heaven of the week: The Real Group performing ‘Monica Vals’, live in Stockholm, 2005. The soloist is the original soprano, Margareta Bengtson, who left the group in 2006.

Scott LaFaro’s bass part written by Peder for Anders Jalkéus; the intricate, marvelous tapestry of Katarina Henryson, Anders Edenroth and Peder – this is as good as it gets. And Margareta’s solo is a simply a wonder of the world. Such precision, such love, such delicate charisma.

Here’s their reunion performance of ‘Monica Vals’ from The Real Group Festival in Stockholm, 2012, which I was blessed to be present at. If you hear someone in the audience crying from utter bliss, that just might be me. And here’s a beautiful performance by the group’s 2018 iteration. 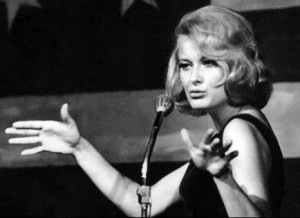 I’ve been fortunate enough to get to know all the members of The Real Group to varying degrees. Some are warm acquaintances, some dear friends. It’s a unique experience for me to know people to whom I both feel close personally and also admire so profoundly as artists.

Hey, Margareta, how are you? When I heard and saw you singing ‘Monica Vals’ this week, in my mind I gave a slight bow and kissed your hand. I don’t know how else to thank you for touching my ears and my mind and my heart so wondrously.

When they say ‘The voice is the only instrument made by God’, this is what they’re referring to. I just can’t imagine anything more perfect.

April 21, 2020 by jeff A Cappella Jazz Nordic Song Of the week Vocalists 2