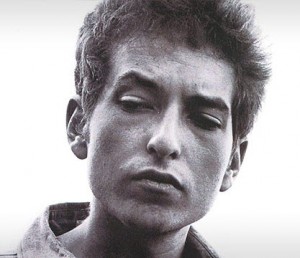 Kids ought to be careful, but I guess that ain’t gonna happen. Little romp in the back seat, whoops, you’re married at 20. A little untimely texting, you’re limping through the Pearly Gates at 21. Write a Protest Song at 22, you’re a Protest Singer forever.

His second album (“Freewheelin’”) was composed of original songs, including relatively callow rants against anti-Black racism (‘Blowin’ in the Wind’, ‘Oxford Town’), War (‘Talking World War III Blues’), and Warmongering (‘Masters of War’). The fact that these songs were outnumbered and outclassed by the personal statements (‘Girl from the North Country’, ‘Don’t Think Twice’, ‘Bob Dylan’s Dream’) made no nevermind. Bob Dylan was a Protest Singer. Songs as disparate as the hilarious ‘I Shall Be Free’ and the hysterical ‘Hard Rain’s a-Gonna Fall’ cast a wide net over all sorts of unsatisfactories, but the fish most people chose to pull out of the water were the political “messages” (a word, as Bob said, best left to Western Union): 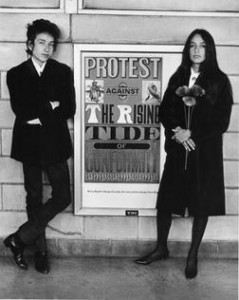 …What I’m going to do is rent Town Hall and put about thirty Western Union boys on the bill. I mean, then there’ll really be some messages. People will be able to come and hear more messages than they’ve ever heard before in their life.

By the third album (“The Times They Are A-Changing”), Bobbie had figured out that the coolest chicks were at the demonstrations. All the Joan Baez’s of the world found indignant rage a serious turn-on, and Bob was right there, poison pen in hand: ‘Hollis Brown’ (mordant anti-poverty), ‘With God on Our Side’ (acrid anti-patriotism), ‘North Country Blues’ (predictable anti-closingtheminesism), ‘Only a Pawn in Their Game (anti-chess neuralgia-inducing anti-political assassination of Civil Rights Leaders), ‘When the Ship Comes In’ (glorious, quasi-New Testament anti-everything), ‘The Lonesome Death of Hattie Carroll’ (unlistenable, anti-rich people glibly killing kitchen help). My gosh, Bob, what weren’t you thinking?.

Phil Ochs: “A protest song is a song that’s so specific that you cannot mistake it for shit.” 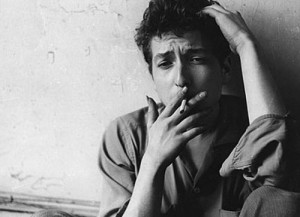 And ‘The Times They Are A-Changin’ itself, an anthem to adolescent negativity, the greatest self-righteous pontificating Tirade Against Everything to ever come out of Hibbing, Minnesota. Don’t get me wrong—I’ve sung it (spouted it, actually) many times myself. But I think I stopped around the age of 19. Still, it’s a pretty damned inspiring song. Remember the almost-original version of it by Peter, Paul & Mary? Or James Taylor, Carly Simon, Graham Nash and John Hall employing it for ‘No Nukes’? Or perhaps this version I wish I could forget, latter-day Bob himself singing it straight-faced (appropriately, as a waltz) at that bastion of change, The White House? That version just goes to show you that—that—. I don’t know what. Something is happening here, but I don’t know what it is, do I, Mr Meshel? 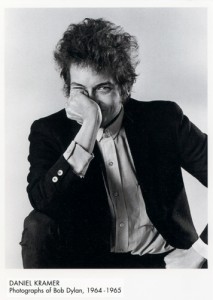 By his next album, appropriately named “Another Side of Bob Dylan”, he’d eschewed topical finger-pointing songs completely. The subject of one of the most indelible cuts from the album, ‘My Back Pages’, was ‘eschewing finger-pointing songs’. “Good and bad, I defined these terms/Quite clear, no doubt, somehow. Ah, but I was so much older then,/I’m younger than that now.’

But if you look closely though at Bob’s corpus and its evolution, you’ll see that the shift wasn’t all that radical. Already on “Times” there was “Another Side” to Bob Dylan, the personal, the introspective. Witness the paean to broken love, ‘One Too Many Mornings’ (‘It’s a restless hungry feeling/That don’t mean no one no good’). Witness the less-focused but evocative ‘Restless Farewell’. And especially, witness a song which took me some thirty or forty years to fully appreciate, ‘Boots of Spanish Leather’. 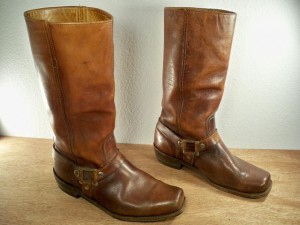 The song is couched in the format of an Olde English Ballade, a genre I find repetitious, tedious, predictable and b-o-r-i-n-g. But here Bob transcends the genre. A beautiful, wistful melody, a flowing, aching guitar, an unaffected, vulnerable vocal.  On one level, I prefer it to his less mature masterpiece ‘Don’t Think Twice’. There’s no irony, no self-justifying dismissiveness. Just the utterly unmasked pain of rejection, the loneliness of aloneness.

The core of the song is a couplet that has resonated in me at several low junctures in my life, at times when I’m yearning for a loved one who is distant – geographically and emotionally; and  instead of the so-needed reassurance, all I’ve gotten is that coldest, cruelest of responses: “I don’t know when I’ll be coming back again./It depends on how I’m feeling.”

It depends on how I’m feeling. Ow.

How do you go on from there? Bob says it so well, as only he can do: “So take heed, take heed of the western wind,/Take heed of the stormy weather./And yes, there’s something you can send back to me,/Spanish boots of Spanish leather.’

In a 1965 interview, Dylan was asked if he thought writing ‘finger-pointing’ songs was superficial. “No, it’s not superficial, it’s just motivated. Motivated. Uncontrollable motivation. Which anyone can do, once they get uncontrollably motivated.” Bob I think was being disingenuous. ‘Hattie Carroll’ and ‘Hollis Brown’ are long forgotten. For some of us, ‘Boots of Spanish Leather’ still resonates, fifty years on.

No, there’s nothin’ you can send me, my own true love
There’s nothin’ I wish to be ownin’
Just carry yourself back to me unspoiled
From across that lonesome ocean

Oh, but I just thought you might want something fine
Made of silver or of golden
Either from the mountains of Madrid
Or from the coast of Barcelona

Oh, but if I had the stars from the darkest night
And the diamonds from the deepest ocean
I’d forsake them all for your sweet kiss
For that’s all I’m wishin’ to be ownin’

Oh, how can, how can you ask me again
It only brings me sorrow
The same thing I want from you today
I would want again tomorrow

Well, if you, my love, must think that-a-way
I’m sure your mind is roamin’
I’m sure your heart is not with me
But with the country to where you’re goin’