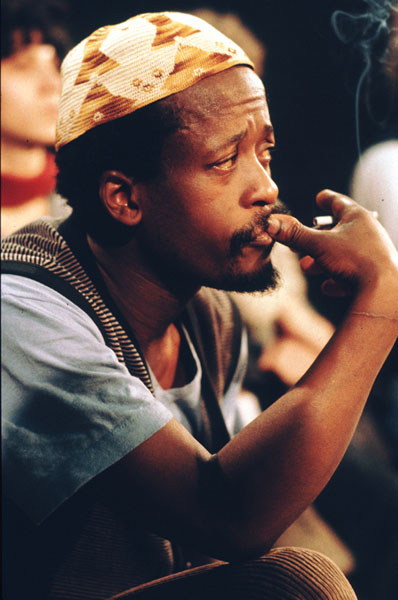 I listen to a fair amount of free jazz. For 99% of the music listening populace, that goes in the same category as the sounds made by a rooster being prepared for Kaparot, a cow in heat suffering from swine flu, a garbage truck digesting the leftovers from a Beitar Jerusalem game, or my neighbor’s kids finding a key to the storeroom of the local music conservatory. 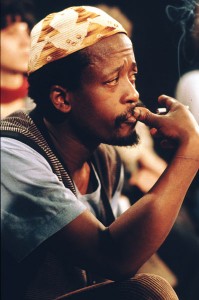 And indeed, I often ask myself while listening to this cacophony, “Jeff, why?” And when I answer myself (I don’t always answer myself) I say something like, “Because on occasion this free jazz stuff can be really engaging, inexplicably but undeniably so.”

And there’s a lot of music that is in the gray area between music and sound, music with grit and bite and a lot of power. Music by artists as widely respected as that of late John Coltrane, Igor Stravinsky, Frank Zappa, and also that of some of my quirkier favorites such as Dimitri Shostakovich, pianist Andrew Hill, reedist Jimmy Giuffre, soprano saxophonist Steve Lacy, and pianist Mal Waldron (especially when the latter two collaborate).

This week’s song thereof is from a pretty darn obscure CD that I just came across, “Mal Waldron & Johnny Dyani – Live in Rome ’79”. The cut is called “Track #1”, but it has a lot of Waldron’s composition ‘Snake Out’ in it. It’s 39:30 long, but I’m only subjecting you to a few minutes of it, taken from the middle. You should be thankful for that.

Mal Waldron is a great pianist. He accompanied Billie Holiday on stage and in the boudoir in the late 1950s, then suffered a breakdown, then came back to a long and rich career in Europe and the US as a wonderful pianist, working in lots of contexts and styles, including the avant garde, making them all his own. He died in 2002. This CD is a collaboration with the South African bassist Johnny Dyani, who played in the very free jazz scene in Europe in the 1970-80s.

The clip you’re hearing is almost all Dyani, spiccato-ing his heart out, with just a hint of Waldron in the background. I don’t mean to do Mr. Waldron the disservice of representing him by it, and I promise to revisit him soon, more reverently and more revealingly, I hope.

Carl Jung talks about archetypes, ‘innate universal psychic dispositions that form the substrate from which the basic themes of human life emerge’. I have no idea if anyone’s tried to extend that concept to music, to look for hardwired musical patterns that cross cultural boundaries. But I doubt seriously that Johnny Dyani was much exposed to Yom Kippur services (the yarmulke notwithstanding). And yet, here it is, starting about 1 minute into the piece. You tell me that’s not a string version of Ye Olde Ram’s Trumpet getting it off on that hard-bop classic, Shvarim Tru’ah.
G’mar chatima tova.