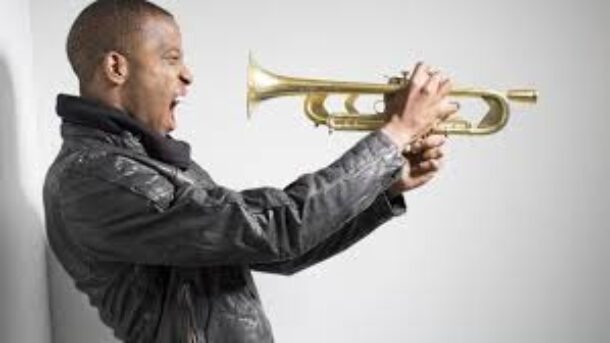 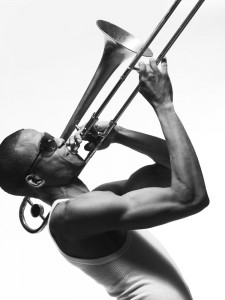 Song of The Week #187, can you believe that? With all the interrupts, that’s about five years’ worth of my musical musings and bloggish blathering. This week we’re going back to our roots (in an inspirational sense), and we’re going to take the opportunity to do a little retrospective, a “Making-of-SoTW”, if you will.

All my life I’ve had this strange recurrent experience—I’m walking down the street, whistling, trying not to step in dog-doo or trip over a fire hydrant, when I spot a good friend a ways off. I watch him till he notices me, at which point a veil of horror clouds his face, and he takes off in the opposite direction. But this one time, about five years ago, the friend—let’s call him Irving Washington—in his retreat, tripped over a fire hydrant. I caught up with him and asked him, “Irv, buddy, what is it, what have I done?”

“Jeff,” he answered from the sidewalk, writhing in agony from the hydrant attack, “I just can’t take any more of your music. Please, you’re a decent guy and all, just stop dumping your music on me.”

And the light bulb went on. Yes, he’s right. I fall passionately, irrationally, uncontrolledly, Romeo-and-Julietly in love with a new piece of music every 11.3 days on the average. And I have this irrepressible compulsion to foist it on everyone and anyone I know (or happen to be sitting opposite on the train). Well, that’s fine when it’s a Doobie Brothers tune or a Miles Davis cut. But when it’s The Bulgarian State Radio and Television Women’s Choir or an obscurity from Oman or a Rwandan garage band from the 1940s—that’s something wholly other. (You know, that started out as a joke. But then I remembered that this week I acquired the CD “Hot Women – Women Singers from Torrid Regions” compiled by good old R. Crumb, a collection of chanteuses from the late 1920s-early 1930s from Algeria, Burma, Chile, Greece, Madagascar… Stay tuned for updates.) 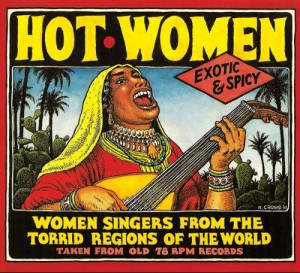 So I figured out that I have to stop accosting the Irving Washingtons of the world, grabbing their lapels, sticking my nose in their face and explaining to them why they HAVE to listen to Aziza Mustafa Zadeh, for example, the very talented singer/pianist, the undisputed “Azerbaijani Princess of Jazz”. (That’s not a joke, Irv. She’s really, really good.)

Solution? You’re not allowed to talk to strangers about music, Jeff, let alone friends. Write an email. So for 62 weeks I sent out a weekly SoTW email with my ravings and an .MP3 attachment. But the list of friends and strangers who didn’t know how to define me as spam started growing, and my Service Provider started complaining. So we moved to blog format. 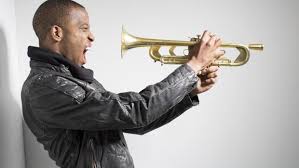 On the weeks when Real Life prevents me from generating a new post, I try to recycle one of those 62 to my list of subscribers, out of a sense of continuity and environmental responsibility. Since moving to the “Jeff Meshel’s World” blog format, I am indeed pleased that the list has grown steadily and respectably (if not virally), and now is comprised of a lovely mix of friends, acquaintances and strangers from all around the globe, including a number of music aficionados as well as some well-known names whose privacy shall be respected here. 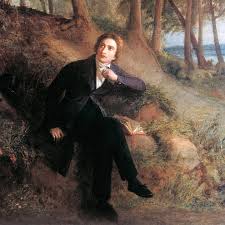 While we’re backstage, let me remind you that there are several tabs in the site in addition to SoTW—Writings (various non-SoTW pieces), Jeff’s Music (stuff I’ve actually created or performed, not just talked about), About (about), and What’s New (a chronological list of all the SoTW postings). I’d also like to take this opportunity to say that SoTW is a labor of love, that I really do encourage people to purchase music and support musicians, and that I do enjoy reader feedback and strive to respond when appropriate.

What, you may ask, does this have to do with Trombone Shorty. Good question!

Just like in the Good Old Days, I fell in love this week, this time with a New Orleans funk trombonist. What can you do? As Woody Allen said, ‘The heart knows what the heart knows.’ 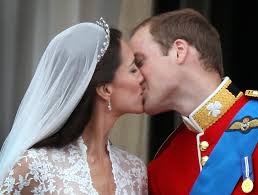 Even princes and princess can’t bear to look.

I abhor talking to or about a musician if I don’t feel that I know his entire oeuvre thoroughly. Every single cut, every single outtake, every single bootleg. That severely limits my reservoir of subjects. But such is the case when you fall in love—it’s all passion and superficiality and blindness. You close your eyes to kiss someone because if you kept them open you’d be repulsed by their blemishes. It’s all about that moment of losing control, the swoon, being transported and transcending. You can read all about that in John Keats’ ‘Ode To a Nightingale’, in which the bird ‘Singest of summer in full-throated ease’, teasing him towards into self-obliteration. I’ve been there—Bach’s Cello Suites, James Taylor’s first (Apple) album, Bill Evans’ ‘Live at the Village Vanguard’.

Several years ago Trombone Shorty played at a jazz festival that I attended. I had done my homework, of course, and saw “New Orleans trombonist”, at which point I snooted my snootiest and elected to attend a different show. I do a whole wide range of musics, but Dixieland ain’t among them, together with polkas and lieder. My loss, at least with the last.

I recently started watching season 4 of HBO’s “Treme”, where I experienced Mr Shorty. And I was blown away. 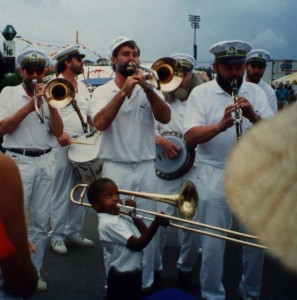 Shorty performing as a child.

Trombone Shorty is Troy Andrews, born (1986) and bred in the Treme district (the oldest black neighborhood in America). He was playing professionally at the age of five, a bandleader at six, a club in the district was named after him when he was eight. His first release for a major label was with his working band Orleans Avenue “Backatown” in 2010, which entered Billboard’s Jazz Chart at #1, stayed there for 9 weeks, and remained in the Top ten for over half a year. It was followed by “For True” (2011) and “Say That To Say This” (2013). Together with the mayor of New Orleans he’s established the Trombone Shorty Foundation, which donates new instruments to public schools. 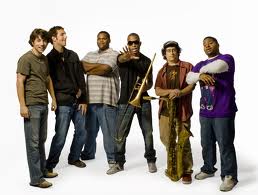 Shorty (trombone, trumpet and vocals) calls his music ‘supafunkrock’. It’s an amalgam of rock, hip-hop, neo-soul, jazz and funk, with New Orleans all over it. Funk, I confess, isn’t one of my go-to styles. Hip-hop even less so. I just don’t get it.

Music characteristically features pitch (melody and harmony), rhythm, dynamics, timbre and texture. Hip-hop, to my Woodstockian ears, has pitch—one pitch. That is by definition ‘monotonous’—one tone. I don’t get it. Mr Shorty has served me this week as my belated window into that world. He’s infectious, fun, butt-shakin’.

I don’t pretend to understand it, but I dig it. As Bird said, ‘You’ve got to dig it to dig it, you dig?’

I’ve lapsed back into my old habit of accosting friends and neighbors, standing way too close, asking (demanding) in way too high a voice, “Have you heard Trombone Shorty???”