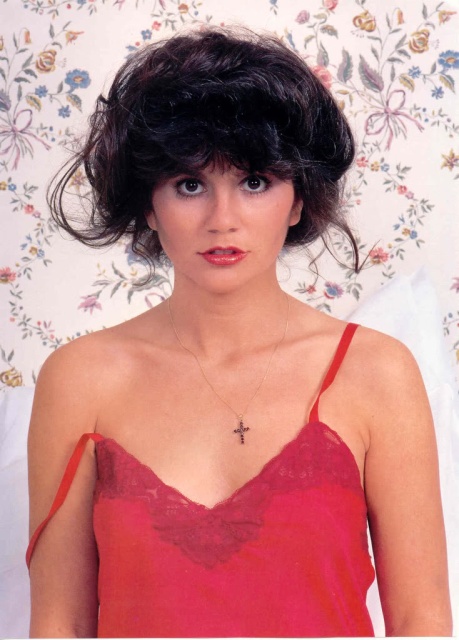 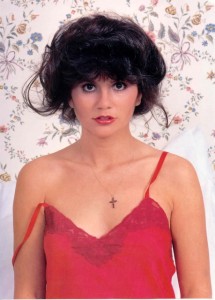 He’s a first-rate songwriter, a very respectable singer, a fine actor, and he seems like a real nice, laid-back country kind of guy, with the demeanor of a well-loved, well-worn flannel shirt.

But he was deeply involved with Linda Ronstadt at her most flowerful, and collaborated with James Taylor. No one deserves that much luck in life. It throws the universe out of kilt. So I hate him.

Souther (b. 1945) started his musical career in a country-folk-rock duo with roommate Glenn Frey as the duo Longbranch Pennywhistle (1970), backed by James Burton, Ry Cooder, Doug Kershaw, Jim Gordon, Larry Knechtel and Joe Osborn. Hell, my neighbor could make a good album with those guys backing him.

Frey then joined young Linda Ronstadt’s backing band together with drummer Don Henley. The two of them formed The Eagles in 1971, whose Souther/Frey-written songs included ‘Best of My Love’, ‘Victim of Love’, ‘Heartache Tonight’, ‘New Kid in Town’ and ‘How Long’. 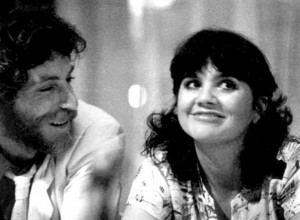 LtoR: Not me, Linda

She was a cover girl—pun intended.

By that time, Linda Ronstadt was comfortably ensconced in the California governor’s mansion as Jerry Brown’s live-in paramour. I don’t know how that sounds today, but back then it was a jaw-dropper, a public pairing that could only happen on the edge of the San Andreas Fault.

Linda Ronstadt was the most popular female vocalist of the 1970s, the first “arena-class rock diva”, commercially outdistancing Joni Mitchell, Janis Joplin and Carole King. She churned out six platinum-certified albums in the 1970s alone, three of them reaching #1.

Her musical formula was an LA-studio slick amalgam of country/rock/rock and roll that became the very earprint of the time. She took her material from that same pool, giving the music of Buddy Holly, Chuck Berry, Hank Williams, Smokey Robinson and the Everly Brothers some of their best-known and biggest-selling renditions. She also drew from her most talented contemporaries, such as James Taylor, Randy Newman, Neil Young, Elvis Costello, Warren Zevon, Karla Bonoff. And, of course, J.D. Souther. Dammit. 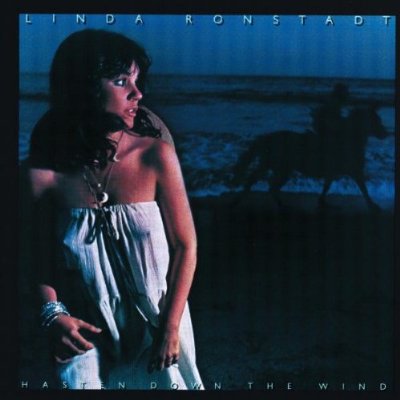 Hasten Down the Wind cover. Who noticed the horse?

Her album sleeves and cover photos on Rolling Stone and Time played up her very fetching self, especially an alluring array by Annie Leibovitz. The cover photo of “Hasten Down the Wind” was as much an eye-conic image of the era as Farrah Fawcett’s poster.

In the early 1970s, Linda’s lovers produced her records (or perhaps she took her producers as lovers—if you want to know more details about the precise chain of each of these relationships, you can do the research yourself). In 1973, that was J.D. But I guess you can’t make love in the recording booth (at least not comfortably), and you can’t record in the boudoir (at least not without shlepping a whole lot of equipment).

Because toward the end of the “Don’t Cry Now” album, Linda figured out that she needed a producer upon whom she wasn’t bestowing her considerable favors. Kate Taylor told Linda what a great job Peter Asher was doing with her brother James. So Linda grabbed him in (musically), and by maintaining a business relationship, they made a lot of hay. Green hay, that is. And lots of albums, including “Heart Like A Wheel” (1974), “Prisoner in Disguise” (1975), “Hasten Down the Wind” (1976), “Simple Dreams” (1977), and “Living In The USA” (1978).

Peter Asher’s one fine producer. He started his career as half of Peter and Gordon, for whom Paul McCartney (whose lover was Peter’s sister Jane) wrote ‘A World Without Love’, ‘Nobody I Know’, ‘I Don’t Want To See You Again’ and ‘Woman’. Hell, my neighbor’s mother-in-law’s cousin could have been a rock star with a Beatle writing songs for him. Did I mention that the world’s not fair? 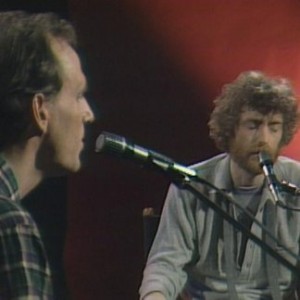 LtoR: James Taylor, not me

In addition to Linda, Peter produced almost all of James Taylor’s first dozen albums, including the 1981 “Dad Loves His Work”, which featured a duet with J.D. on a fine, fine song they co-wrote, ‘Her Town Too’.

In 1987 J.D. participated in the Roy Orbison and Friends, A Black and White Night concert and video, where he backed Orbison together with Bruce Springsteen, Tom Waits, Elvis Costello, Jackson Browne, k.d. lang and Bonnie Raitt. (Just to show there’s no grudge, here’s J.D. on the right, together with Elvis C, on ‘Pretty Woman’ from that show.)

I could have lived with that, maybe. But then in 1989, he got cast in thirtysomething, for my money the best real-life TV drama ever made. And not just in a bit part. He was cast as the extra-marital love interest of the very pregnant Hope Steadman (Mel Harris), the fantasy-inducing über-shiksa. In Season 3, episode 19, he kissed her. He kissed Hope. Ah, c’mon. 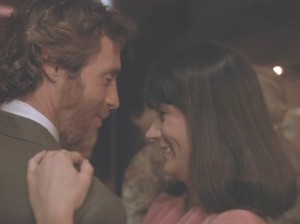 LtoR: Not me, Hope

If life is unfair – and I think we’ve established quite conclusively by now that it is – the blow can be palliated by listening to the string of J.D. Souther songs Peter Asher made into hits for Linda Ronstadt in the mid-70s. They include the beautiful ‘White Rhythm & Blues’, the indelible ‘Simple Man, Simple Dream’, the wrenching ‘Prisoner in Disguise’ and our SoTW, the heartbreaking duet ‘Faithless Love’. Here’s J.D. performing it himself. I guess Linda had a date with Gov. Brown that night. And here’s Linda performing it on her own. I guess J.D. had a date with Hope.

I used to play the guitar (poorly) and sing (not much better) back in those days. I didn’t have Souther writing for me, Peter Asher producing me, Linda Ronstadt singing with me, or Hope falling in love with me. But I did manage to figure out how to fumble through ‘Faithless Love’ in a comfortable key. Singing that song, even as pitifully as I did; and even more, listening to Linda’s divine treatment – that has made all those feelings of inadequacy and pure jealousy hurt just a bit less.