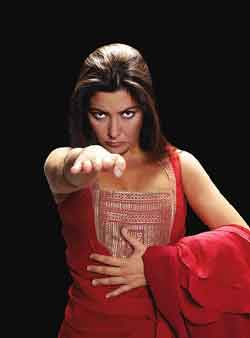 Tim Ries describing the project and this recording + the recording 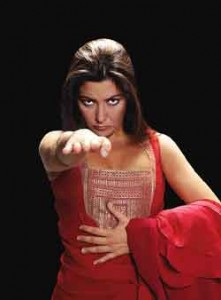 Go ahead, guys, laugh at me. You laughed at Sonny Bono, I’m in good company. Yeah, I’m going to talk about a flamenco/jazz version of ‘Jumpin’ Jack Flash’, the Rolling Stones’ iconic paean to Satan.

JJF Flamenco. Yes, folks, it’s our very first SoTW starring a dancer – namely flamenciste Sara Baras (b. 1971, Spain), in the very sure hands of Tim Ries, a multi-reed player who studied under Michael Brecker, Dave Liebman and Bob Brookmeyer. He’s played with everyone from Steely Dan to Stevie Wonder to Paul Simon, as well as one of my very favorite musicians, Maria Schneider.

‘Jumpin’ Jack Flash’ was recorded by The Stones during the 1968 “Beggars Banquet” sessions, but released on a single outside the album. Keith Richards plays the bass, floor tom, acoustic and electric guitar; Mick Jagger provides lead vocals and maracas; Brian Jones plays electric guitar, Charlie Watts drums, Bill Wyman Hammond organ, and Nicky Hopkins piano. There’s lots of talk about the open tuning on Keith’s guitars that you can read about here. They’ve played the song on every tour since its release. 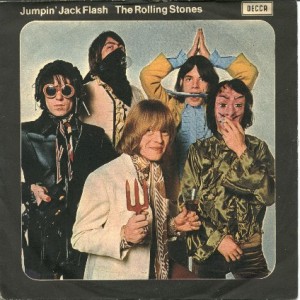 In 1999 Tim Ries gigged in the horn section (and occasional keyboards) on The Rolling Stones ‘No Security’ tour. After the tour, he recorded three Stones’ songs to see how they’d sound in a jazz context.  He gave them the demo.

Keith Richards: I thought what Tim recorded was amazing, and I’m sort of jealous of him. When we wrote those songs, there was a lot of pressure on us to keep them as short as possible for the singles market. With what Tim does, he has the luxury to stretch out the melodies and play with the different chords and harmonies. Instead of the sketches that we basically recorded, Tim’s versions are more like fully finished things. The playing is beautiful too. Tim always has such a beautiful sound. 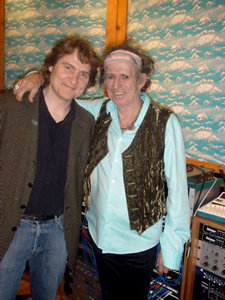 There’s a lot of fine music on the CDs. Here’s Watts/Wood/Richards and Sheryl Crow helping Tim Ries out on ‘Slipping Away.’

Here’s a particularly fine one, Norah Jones singing ‘Wild Horses’, backed by Bill Frisell and the whole Tim Ries crew. I wrote a whole SoTW about this very cut.

Here’s ‘Salt of the Earth’, sung in a number of languages and styles by a number of singers, one of whom is Ahinoam Nini’s sister Odeya doing Stones in Hebrew! 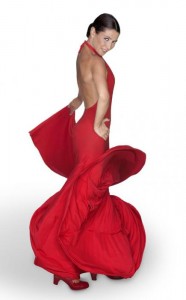 And here’s Bernard Fowler singing ‘Wild Horses’ live on a Tim Ries tour, a bit overdone for my tastes. And here’s Tim Ries recorded version of ‘Paint It Black’, and you’ll find lots more live performances from the project on YouTube.

But here’s the one I really want to share with you, ‘Jumpin’ Jack Flash’ flamencoed by the torrid Sara Baras. The singer is no less than Lisa Fischer, backup singer par excellence, one of the stars of the fine documentary ‘20 Feet from Stardom.’ I readily admit that I’m not a crossover fan in general, not an aficionado of flamenco specifically, but fellas – if you’ve ever taken my advice about anything, watch this clip. If it doesn’t make your blood boil, you’re probably dead.

Here’s Tim Ries talking about the project and about the recording of this clip. He explained to everyone what he wanted and it was done in a single take.

It’s more than a gas. It’s improvised magic, sultry and steamy. Give your eyes, your ears, and several other senses a treat: Sara Baras dancing on a little wooden box to Tim Reis’s treatment of ‘Jumpin’ Jack Flash’. 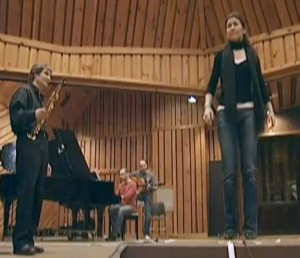 I was drowned, I was washed up and left for dead.
I fell down to my feet and I saw they bled.
I frowned at the crumbs of a crust of bread.
Yeah, yeah, yeah
I was crowned with a spike right thru my head
But it’s all right now, in fact, it’s a gas!
But it’s all right, I’m Jumpin’ Jack Flash,
It’s a gas! Gas! Gas!