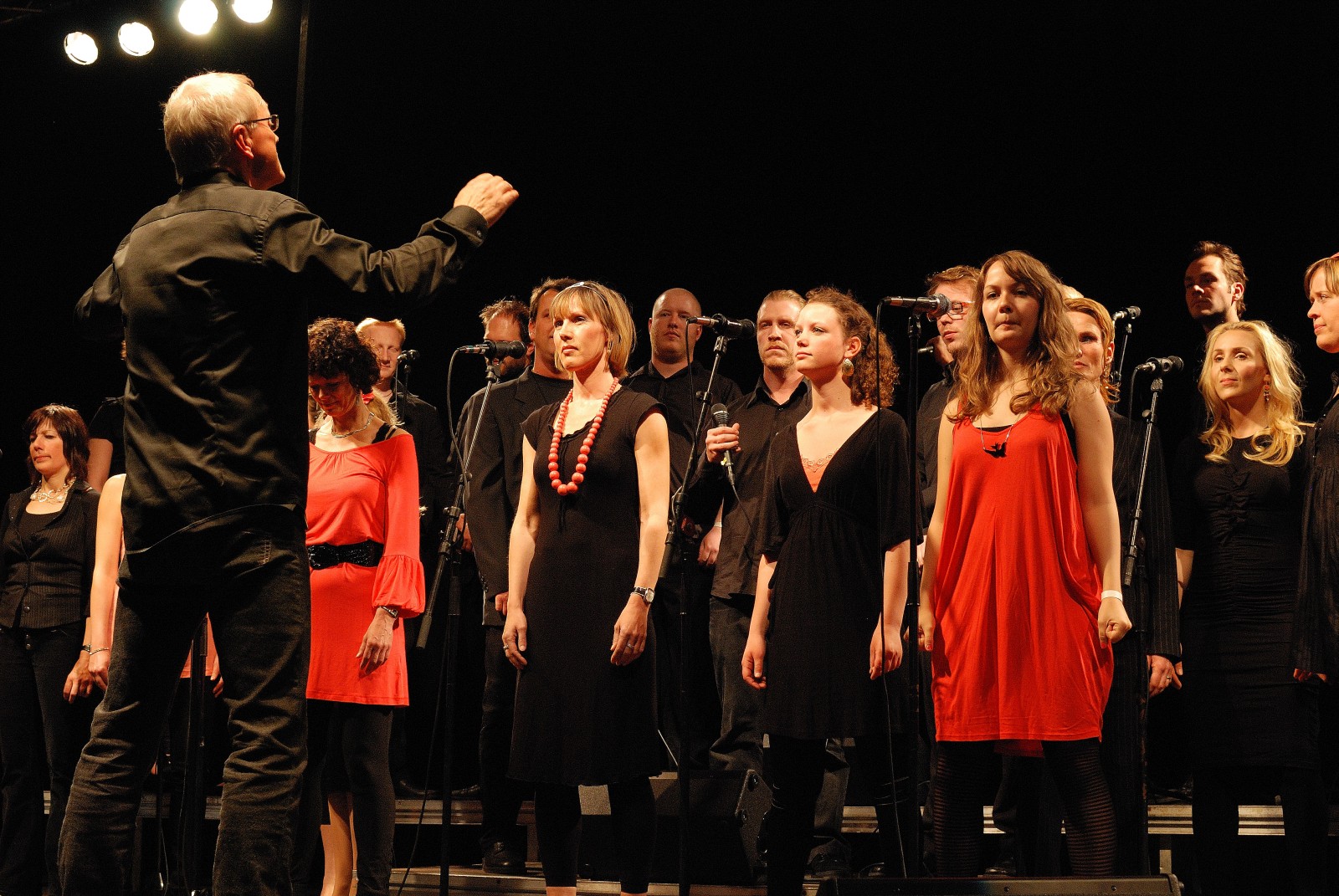 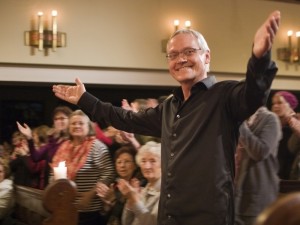 Here I am back on earth, still floating, not yet fighting the decompression blues, after 5 days in Denmark at the Aarhus Vocal Festival, a celebration of contemporary a cappella pop, jazz, folk and beyond. Members of this community (some call it a cult) gather mostly from Northern Europe, but as far afield as Taiwan, Brazil and San Francisco, for a fete of concerts and workshops led by world luminaries. And an incredible amount of communal love.

There’s a strong connection between singing and communality. Ask anyone who’s sung in a choir. You may not love all the members of the choir, but there’s an electric charge in joining together in an aesthetic group effort, with 10 or 20 or 200 people joining to create one voice that can reach the skies. 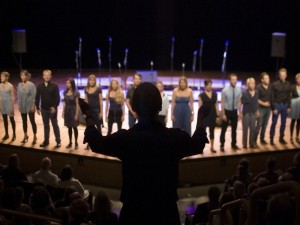 These Scandinavian a cappella festivals exude love. It’s a young people’s genre, mostly in their 20s, but embracing even us antiquarians. The music is fun, surprising, joyful, all over the musical map. There’s little money or media fame involved, and the stars take pride in their non-celebrity. I was at Woodstock. Believe me, there’s a lot more communal warmth (and less mud) here.

I met a guy on the train who was coming from Belgium to hear Bruce Springsteen in Denmark. They say Bruce is a really nice guy, but you’re watching him with 20,000 strangers from 3 kilometers away, with 500 armed guards in between you and him. Here, an hour after the show, you share a beer with the artist and hug him and thank him for the fine show, and he tells you how excited he was… Who de boss now? 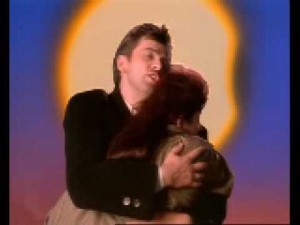 Aarhus boasts the only university in the world, I believe, where one can study for an advanced degree in ‘rhythm choral direction’, i.e., this new and growing genre. You may know its American cousin from Glee and Sing-Off. I’m talking about something wholly other. The contemporary a cappella centered in Scandinavia is the paragon of purity, the quintessence of refinement. It’s an aesthetic I was first exposed to about seven years ago via The Real Group and haven’t ceased obsessing over since.

I’m often accused of being blindly biased towards Scandinavia, but there’s little fear of me converting to Nordicism. My hair is unfair, my skin isn’t pure as fallen snow, my nose doesn’t have that cute little pert upturn, my mind isn’t generous and accepting, my demeanor isn’t relaxed, my temperament isn’t tolerant. Among the Nords, I feel that much more analytical, neurotic, uptight, and judgmental. It’s my genes, my upbringing, my inborn nature, my cultural conditioning. But I do love them and their music. 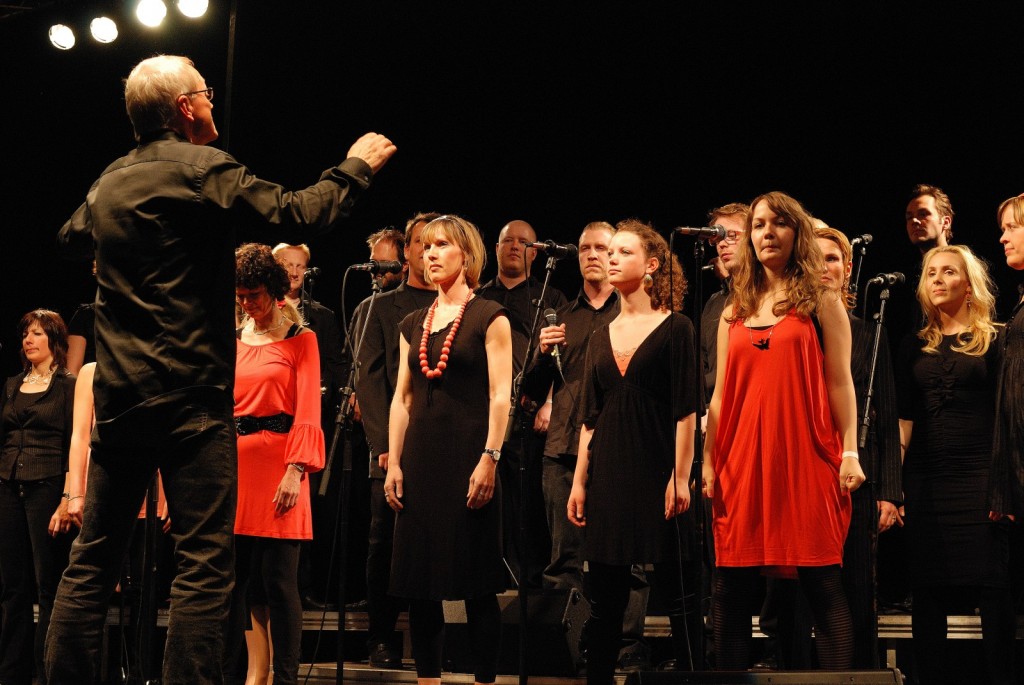 We in the west are accustomed to resonance as a fundamental vocal coloring. These Nords developed a different sound, expressed at its extreme in kulning, a sort of yodel they use to call in the cows from several valleys away. Here’s a clip from a workshop at my first festival in 2008, The Real Festival, in which Morten Kjaer pulls a group of singers in this direction. If you listen carefully, he first reflects the resonant sound the singers are making, then changes it to the more muscular version he’s seeking. 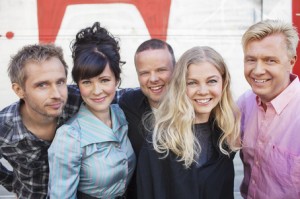 At first this sound may seem to us Westerners flat, metallic, loud, shouting, angry. But that’s all tempered by the Scandinavian cool, reserve, discretion, modesty. In my last SoTW, I presented an example of this anti-vibrato style as it sounds in a gentle context: The Real Group’s ‘Nature Boy’.

It was at their The Real Festival in 2008 that I first encountered Vocal Line, the 32-voice choir led by Jens Johansen. They sang a primarily pop repertoire in English, from ‘my’ songs (‘Blue’, ‘Still Crazy After All These Years’, ‘Brought to My Senses’) to songs a bit newer or more Danish than what I was familiar with (‘Crucify’, ‘Audition Day’, ‘Viola’, ‘Viva La Vida’). There were also songs I should have known but didn’t, like Kate Bush’s ‘Wuthering Heights’, Björk‘s ‘Jóga’, and especially Peter Gabriel’s ‘Mercy Street’ and ‘Don’t Give Up’. I would later become infatuated with their treatments of ‘The Garden‘ and ‘Say Ladeo‘ from Bobby McFerrin’s “VOCAbuLarieS”, written and arranged by Roger Treece. 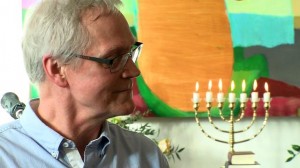 Their music was jarring for me – familiar but profoundly ‘other’, demanding a new sort of listening. It’s taken me years of listening, and my love for and admiration of Jens’ music continues to grow and grow. Their music is pure, unadulterated beauty. It’s what all art should aspire to, not just contemporary a cappella choirs. Not necessarily their chosen style, but their commitment and seriousness and utter respect for their materials.

I still believe the world would be a better place if Jens would arrange Brian Wilson’s undiscovered gem ‘Kiss Me, Baby’ or one of the acknowledged masterpieces from “Pet Sounds.” I won’t tell you the lengths to which I’ve gone to try to make that happen—it’s embarrassing and bordering on the lunatic. Maybe Jens will vindicate me some day. [JM: In 2020, this crusade came to fruition.]

I have never been a fan of Genesis or Peter Gabriel. I don’t dislike them, I just somehow never got familiar enough with them to cuddle up to them. But Vocal Line’s ‘Don’t Look Back’ has entranced me for years. I listened to it over. And over. And over. Reveling in the symphonic tapestry, the haunting harmonies, the subtlest of rhythmic movements. 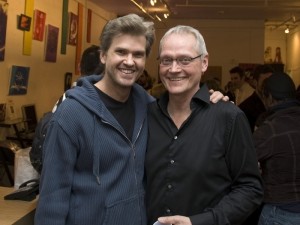 One of the many highlights of the Aarhus festival was that I had the honor to learn the song from the score and sing it under the baton of Mr Johansen himself. It’s challenging choral music, stretching me to the extremes of my limited abilities. My feeling of inadequacy was made no better by the 17-year old kid standing next to me in the choir who was handling it all flawlessly, without blinking.

Even now, I listen to Peter Gabriel’s original version of ‘Don’t Give Up’, and find it–well, okay. Kind of appealing, kind of annoying. But then I listen to and follow the score of Jens’ Vocal Line version, and I know that the utter beauty that entrances me is in his arrangement.

The verses are in the voice of a man suddenly unemployed, grappling with disillusionment and fear and the loneliness of abandonment: No fight left or so it seems/I am a man whose dreams have all deserted/I’ve changed my face, I’ve changed my name/But no one wants you when you lose. The chorus is the comforting Woman (sung by Kate Bush): Don’t give up/’cos you have friends/Don’t give up/You’re not beaten yet/Don’t give up/I know you can make it good.

I’d like to focus on the first phrase of the chorus, the “Don’t give up”. Here’s the original. And here’s Vocal Line’s treatment of the same phrase. Here’s what it looks like on paper, described to the best of my unprofessional ability, probably with numerous mistakes: 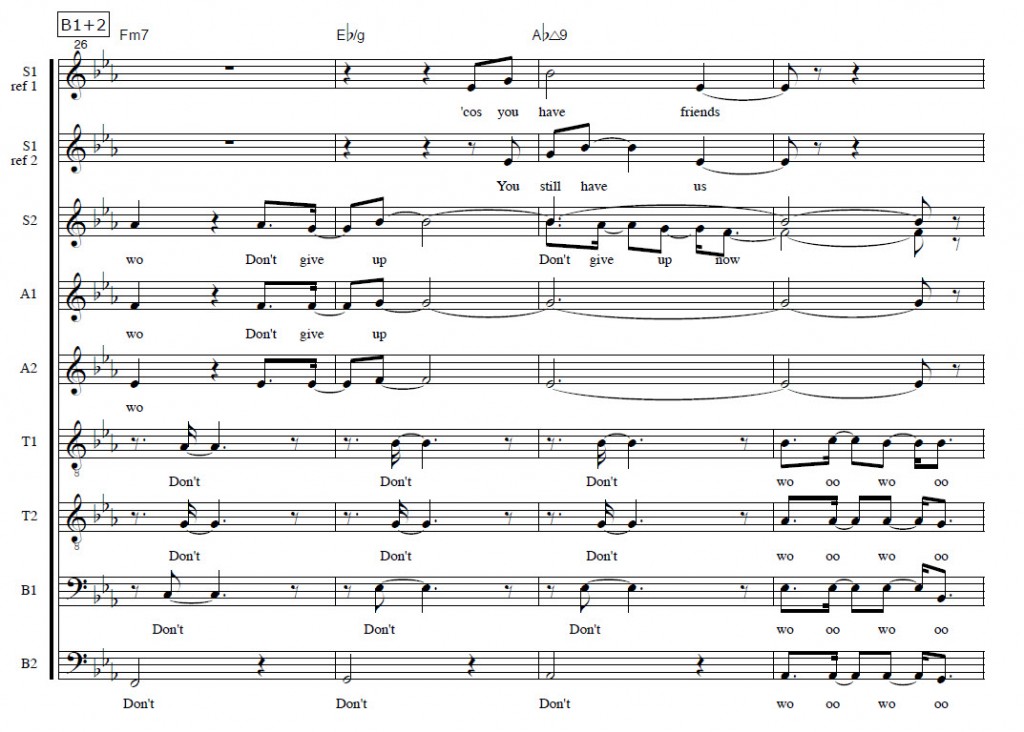 The word “don’t” is sung by the males in a rhythmically uneven three-step/four-note arpeggio, a rising Fm7+9 chord (in the key of E flat, i.e., IIm7+9), F>C>G+Aflat (I>V>IX+IIIm, with a strong half-step dissonance at the top). The rhythm, I believe, if we count it on 16th notes is 1/3/4. This is all followed by all the female voices singing in harmony “Don’t give up”, starting on E flat+F+A flat. Oh, hell.

If I read that paragraph, it would be utter gibberish to me, too. But I can follow the notes, sing them (with some effort). I consider myself blessed to have the ability (and the opportunity, with Jens Johansen standing in front of the choir) to look at those notes, sing them, feel the profound beauty in them, and be moved.

I apologize for any technical blunders I’ve made in my attempts to describe this singing style and the music itself. I realize I’m talking above my own head. But I won’t be denied the profound respect, admiration and affection I feel for the music, however far north it is from my native aural landscape.