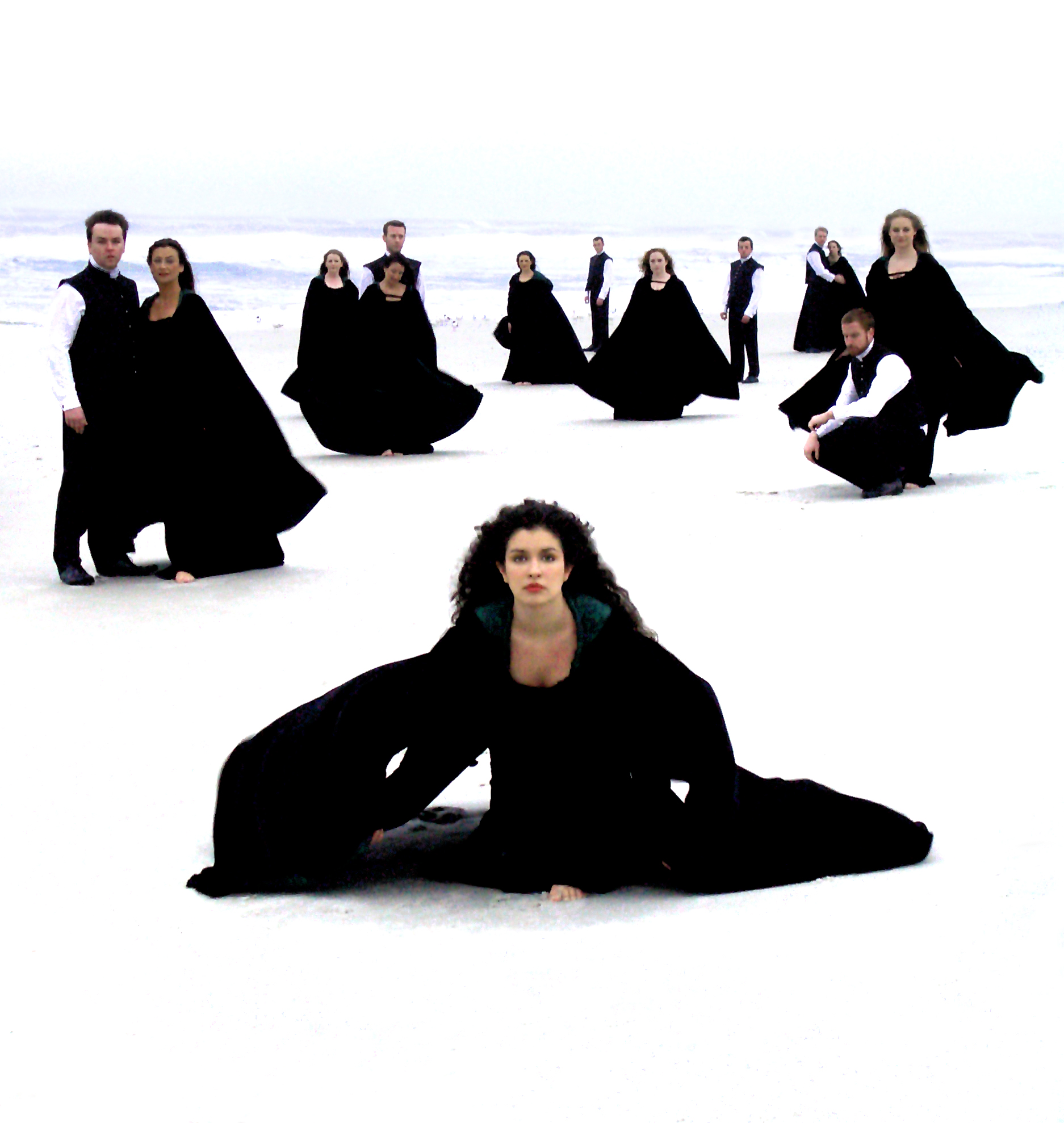 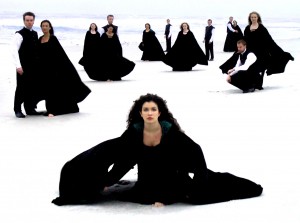 We’re going to talk about a few dichotomies this week: snobbishness vs. enjoying oneself, Celtic vs. Nordic roots music, the authentic vs. the reinvented, and ephemeral Jerusalem vs earthly Jerusalem. Oh, and Riverdance vs. Gregorian chants, the Eurovision vs. anything else, and Arvo Part. Whew.

Let me start right out by declaring that I’m no expert on any of the above, and I’m struggling to entwine all them disparate threads into a coherent ball of a yarn. So no pretentions to authoritativeness, take it all with a pound of salt. 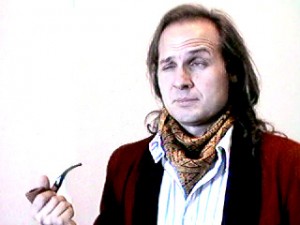 A few weeks ago, I tripped over Michael McGlynn (b. 1964), an Irish composer best known for his compositions for and work with his choral ensemble Anúna. McGlynn formed the group in 1987 to perform medieval Irish and European music, contemporary choral pieces by Irish composers and Irish folk arrangements. He was perceived as a proponent and renewer of Celtic folk materials, but he says “I am not actually concerned with saving Irish traditional music; I am not a traditionalist…The songs that I set are …impressions of the songs I remembered…My priority is always to create [JM: not ‘recreate’] a choral version that works.” 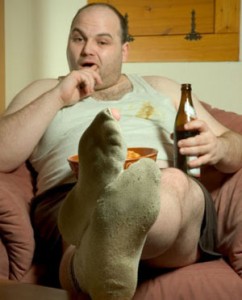 Anúna is composed of about 30 singers, an intentional mix of classically trained voices and amateurs. Performances are usually done by a dozen of them (depending on the compositions presented) singing a cappella in traditional costumes, lit by candles. I love the idea of a composer having his own home troupe to work with. That’s what Bach did, that’s what Shakespeare did. I’ve even done some playwriting for an existing group of actors, and I can testify that it’s a wonderful way to work, to actually know the person for whom you’re creating the persona. It’s the difference between a tailor-made suit and one bought off the rack.

McGlynn’s musical language combines the modalities and drones of medieval and traditional music while employing jazz-tinged chordal clusters and a distinctive Celtic melodic sensibility. Anúna’s sound was influenced by another roots chorus, The Bulgarian State Television Female Vocal Choir, about whom I’ve written before. Gosh, I enjoy writing “The Bulgarian State Television Female Vocal Choir”. The CD which exposed them to the Western World and The Tonight Show, “Mystère des Voix Bulgares” was released in 1975, but they became celebs only in the late 1980s, contemporaneously with Anúna. Something in the air, I guess. But the Bulgarians were actually performing their unique amalgam of pre-polyphonic music from the perspective of the crossroads between East and West. 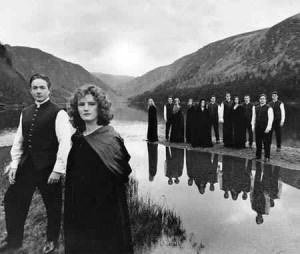 Thoroughly modern Michael McGlynn made music for the debut of the theatrical show Riverdance at the Eurovision in Dublin in 1994. Anúna sang the first part of the 7-minute segment, two dancers did their Irish stepdancing thing in the second, then the whole stompin’ Riverdance troupe did the third. Some say this performance put Ireland on the map, though I’m convinced it was there even before that.

For those of you from America or Mars who are lucky enough to not know what the Eurovision is, it’s an annual “musical” (I use the term loosely) competition, in which some of the most garish, tasteless, crass, offensive music of the Old World vies for dubious honors. Half a billion people watch this spectacle, and it makes me wish God hadn’t told Noah to build the ark.

McGlynn’s association with Riverdance was short-lived, but it propelled him and Anúna into the Irish spotlight. They’ve recorded some twenty albums over twenty-five years. Alongside the reworkings of older classical and folk materials have been collaborations with Elvis Costello, The Chieftans and The Wiggles. But most of their work has been in the neo-traditional vein.

Here’s a sampling of some of the various styles of music Mr McGlynn and Anúna make.

Riverdance – The Rising of the Sun, Dulaman 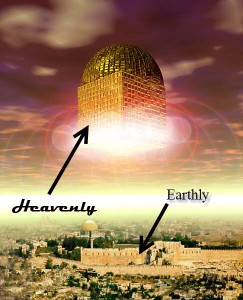 The source for this cosmic dichotomy is Hosea 11:9: “For a god am I, and not a man – [I am] holy among you; I will not enter the city.” (כי אל אנכי ולא-איש – בְּקִרְבְּךָ קָדוֹשׁ – וְלֹא אָבוֹא בְּעִיר) In Tractate Ta’anit of the Talmud (5A), the sages wonder why God’s being holy would preclude him from mingling with Man. R. Elhanan explains: I will not enter heavenly Jerusalem until I have entered earthly Jerusalem. (אמר הקב”ה, לא אבוא בירושלים של מעלה עד שאבוא לירושלים של מטה.) This has a whole lot of ramifications in some circles. It’s saying that things have to happen down here before they can happen Up There.

It should be pointed out that this particular dichotomy was envisioned way before the appearance of science fiction. In some senses, even before science. But before we get washed overboard eschatologically, let’s get back to the music. 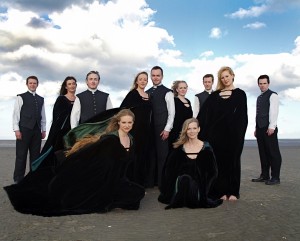 I’m suspicious of accessible music. Anything that comes from a sound-world I haven’t grown up on, if I get it at first hearing I assume it’s a fraud, that’s it’s pandering to my ears. I don’t want to have the music at ‘hello’. I want my musical borders to expand, I want to be challenged, I want to have to work to ‘get’ something new. For me that’s the case, in the extreme, with free jazz and with much classical music of the last century. That was the case with the Bulgarian ladies. It’s not the case here.

I’ve been asking some people whose knowledge and taste exceeds mine whether Anúna is divinely inspired or New Age pap. No one has been willing to climb out on that judgemental limb so far, but I’m still asking. Surprisingly, there are two kinds of music I associate with this Celtic neo-trad aesthetic which I have fewer questions about.

Up north, there’s Nordic neo-trad. I’ve written about some of this music in SoTW 071, focusing on Lyy. Nordic neo-trad sounds suspiciously like Celtic neo-trad. It’s not only because I grew up in the Midwest listening to The Four Seasons (Frankie Valli, not Tony Vivaldi). I’ve asked lots of people creating Nordic neo-trad if it doesn’t sound like the Celts, and they readily admit that it does, though they have no idea why. There have always been connections between the British Isles and Scandinavia, way back since the Vikings and the Saxons were wreaking havoc. But that doesn’t really explain it. The US borders Mexico, and France and Italy have had diplomatic relations since the time of Asterix, but they all have their distinctive musics. 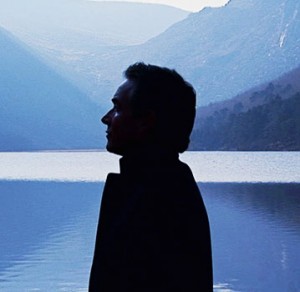 And out east, from Tallinn, Estonia, comes God’s court composer, the divine Arvo Pärt. Like McGlynn, he composes contemporary a cappella liturgical music more akin to the early Renaissance than to typical Eurovision fare. I haven’t felt the need to ask anyone if Pärt is The Real Thing. He’s not digging up any people’s roots, he’s working full-time in the heavenly Jerusalem, whether it’s in Tallinn or Berlin.

Where does that leave us? Let’s go back to a couple of those basic dichotomies. First, the authentic vs. the processed. I’d certainly rather listen to Dylan than Peter, Paul & Mary. I’d even rather listen to Robert Johnson than to Eric Clapton’s version of him. But I will confess that I prefer Janis Joplin to Big Mamma Thornton, the Everly Brothers to the Louvin Brothers, Sam Cooke to the Soul Messengers, the Lovin’ Spoonful to Will Shade’s Memphis Jug Band,

I listen to Bach on the piano rather than on the clavicord. So what does that make me? I guess a dilettante snob trying to discover new, challenging music but yet enjoy myself. Bob Dylan said it best, in the liner notes to John Wesley Harding: “And just how far would you like to go in?” he asked and the three kings all looked at each other. “Not too far but just far enough so’s we can say that we’ve been there,” said the first chief.

I guess that makes me a Jerusalemite—feet firmly ensconsed in the ground, head if not in the clouds, at least looking up at them.