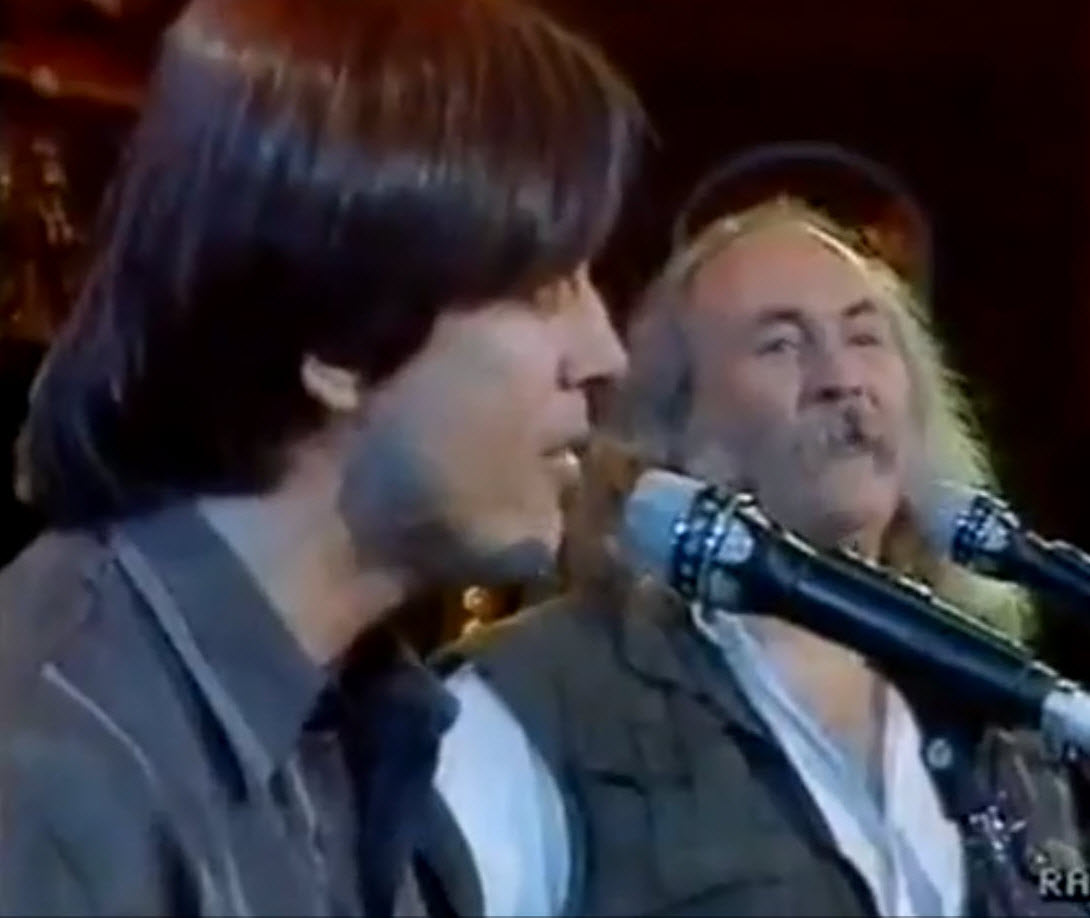 ‘Something Fine’ by Jackson Browne with David Crosby:

‘Something Fine’ by Jackson Browne without David Crosby: 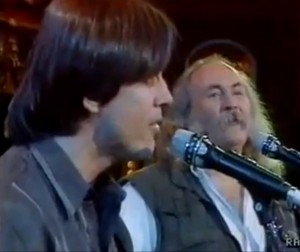 
I could talk about what’s wrong with being alone – like Nilsson’s One.
Or I could talk about the pleasure of being together – ‘Two of Us’ of course pops into mind.
Or I might try to distill ‘twoness’. Then I’d fo’ sure share Jack Bach showing off what he can do with two lines (Invention for Piano 13 in Am, , BWV 784). And if you’d like a demonstration of how that works in human terms, here are the ladies from The Real Group singing the same piece. 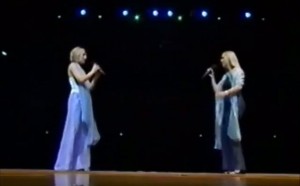 Still not convinced?
Here’s one person tangoing.
And here are two.
Ok, I can’t resist. The bustiest Beach Bingo belle went to that mouseketeertrap in the sky the week before Valentine’s day, so here’s Annette Funicello overstating the obvious.

What’s the point? David Crosby, of course. Or more precisely, “Ooh-ooh-ooh, what a little harmony can do-oo-oo.” 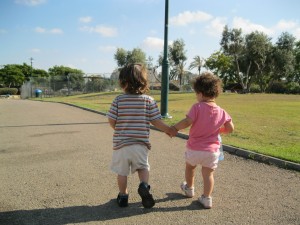 My Grandchildren Nicky and Sheina

I’m not talking holistic harmony. Take for example ‘Claudette’, written for his wife and originally sung solo by Roy Orbison, then made a hit by the sultans of symphony, Don and Phil Everly. It’s great, but it’s obvious.
I’m talking about nuance. How you can have a perfectly lovely song, just a singer and his guitar and his song and his singing, ostensibly an autonomous whole. And then along comes David Crosby (the greatest of harmony singers in rock, alongside James Taylor), adding just a pinch of a hint of an oblique juxtaposition, and– voilà–magic. 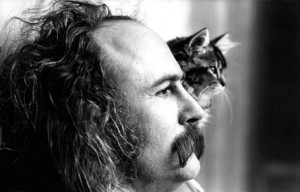 David Crosby & some other cat

The easiest harmony is for the second voice to ride on top of and parallel to the melody line, either a third or a fourth or a fifth above it. Graham Nash does that very well. David Crosby slips underneath the melody line with a disembodied voice that seems to have no presence of its own. It’s just in the air, enhancing the soloist and entrancing the listener.

He did it for The Byrds.

He did it for Crosby, Stills & Nash.

Here’s Jackson doing our SoTW song solo (from Solo Acoustic, Vol. 2).
And here’s the original version from his eponymous album, 1972. With a little help from his friend.

The papers lie there helplessly in a pile outside the door.
I’ve tried and tried, but I just can’t remember what they’re for.
The world outside is tugging like a beggar at my sleeve–
Oh, that’s much too old a story to believe .

And you know that it’s taken its share of me
Even though you take such good care of me.
Now you say “Morocco” and that makes me smile–
I haven’t seen morocco in a long, long while.
The dreams are rolling down across the places in my mind
And I’ve just had a taste of something fine.

The future hides and the past just slides, England lies between
Floating in a silver mist so cold and so clean.
California’s shaking like an angry child will
Who has asked for love and is unanswered still.

And you know that I’m looking back carefully
‘Cause I know that there’s still something there for me.
But you said “Morocco” and you made me smile
And it hasn’t been that easy for a long, long while
And looking back into your eyes I saw them really shine
Giving me a taste of something fine – something fine.

Now if you see Morocco I know you’ll go in style
I may not see Morocco for a little while
But while you’re there I was hoping you might keep it in your mind
To save me just a taste of something fine.