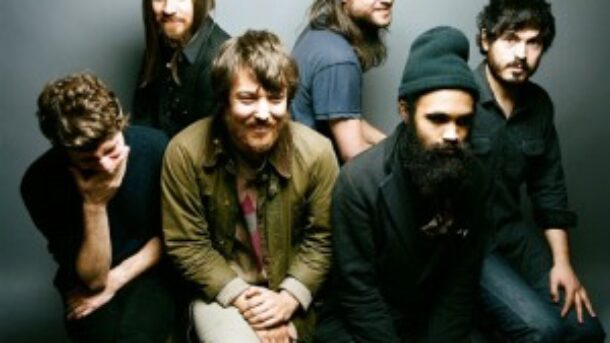 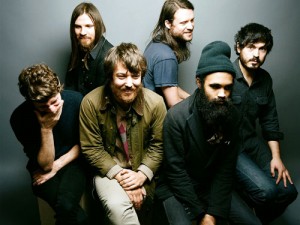 I’ve been doubly blessed over the last few weeks. Barely had I begun to readapt to a diurnal schedul

e after The Red Sea Jazz Festival in Eilat when I flew off to Stockholm for The Real Group Festival, a celestial experience from which I’m still trying to not return. I’m still floating, all that great music, all those wonderful warm people, hot instrumental jazz from the far south, cool a cappella jazz from the far north.  I’ve been exposed to enough new music to keep me going for months.

But strangely enough, some weeks ago, before the first festival, I restumbled upon a young band, and a particular song of theirs has wormed its way into my ears and thoughts throughout all these festivities. It’s ‘Montezuma’, by the ultra-talented Fleet Foxes. 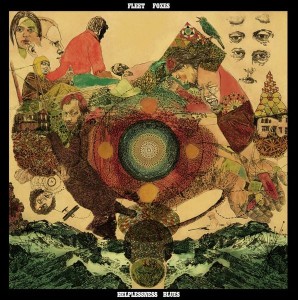 It’s my birthday next week, one that The Beatles made famous. If my modesty needed any reinforcement, my age is certainly reminding me that I’ll probably never know all the music that there is. If people would just stop recording and performing for a few years, I might have the chance to catch up, but it doesn’t look like that’s going to happen.

I was mugged this week, verbally and musically. I admit a lapse of judgment in wandering into a neighborhood I knew less than intimately, but I was curious. You know what they say about curiosity. I made some less than fawning comments and provoked from the neighborhood vigilantes a shit-storm (that means ‘a lot of negativity on the internet’) of xenophobia. They released a jingoistic rhetoric I hadn’t been the target of since the days I was accused of anti-Americanism for protesting the Vietnam War. Well, we all know how that turned out. I’m not comparing war and music, but I can’t help thinking of Stephen Stills, who was able to direct astute irony even at his own camp: “A thousand people in the street singing songs and carrying signs, mostly saying ‘hooray for our side’”. 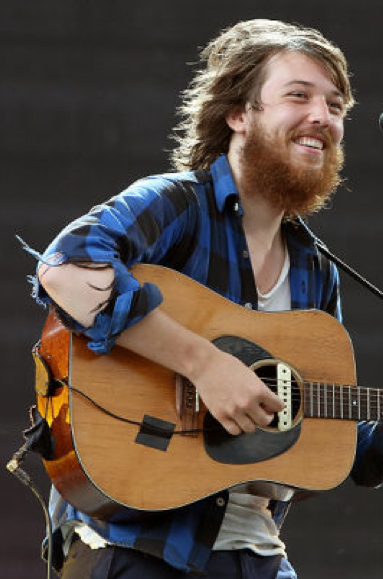 So how about I don the protective suit of: I’m a doddering old Woodstockian refugee, brain addled by youthful excesses and decades of earning a living respectably; I don’t know nothin’ ‘bout nothin’ at all; I’m not hip; I don’t talk the talk and I don’t walk the walk; I’m trying to coherently string a few sentences together about music I either vaguely remember from the nether depths of my aural memory or about newer music that reminds me of the good old stuff.

Fleet Foxes are an indie band. For the baby-boomers among us, that’s a catch-all term the young ‘uns use to describe groups recording in their parents’ basements on inexpensive equipment, and self-releasing their music on small regional labels with limited commercial expectations. It includes a myriad of styles from grunge to intimate, all sharing low-tech and low-fidelity productions and an ethos of proud independence. It began in the 1980s and evolved into a scene unto itself, a plethora of local scenes worldwide, even an underground mindset.

Today the corporate music industry has co-opted the terminology, the sound, and many of the musicians. Numerous ‘indie’ artists have signed with major labels. A favorite of mine, Nataly Dawn, recently announced that she’s postponing the release of her Kickstarter-funded second album because she’s signed with a major label. I’ve been greatly enjoying her recordings and especially her videos for a couple of years now. She’s witty and wry and talented and as fetching as a fresh peach. Was it my imagination that in her postponement announcement her voice sounded a bit less innocent? 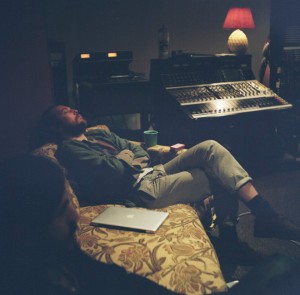 I guess I’ll have to learn not to begrudge artists their pursuit of commercial success. They’re humans, they have their own needs (exposure, money, success), so who am I to tell them to stay hungry? But I will say that I could name off the top of my head half a dozen of my favorite bands and singers in recent years whose artistic achievements are in inverse proportion to their commercial reach.

The band was formed in 2006 in Seattle by Robin Pecknold (b. 1986; that’s 60 years after Chuck Berry, just for perspective). Their recorded output is LP “Fleet Foxes” and EP “Sun Giant” (both 2008) and LP “Helplessness Blues” (2011). Robin and his high-school bandmates had a good musical upbringing–their parents inspired them to listen to Hank Williams and Dylan and The Beach Boys and to practice. Pecknold was firmly anti-establishment in his approach to the music business (all the releases are on indie labels), but deeply steeped in The Tradition musically. 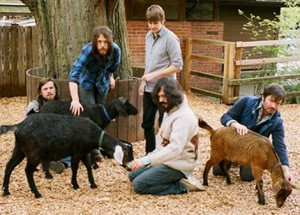 He praises Dylan and CS&N and Elliott Smith and The Zombies and Al Kooper’s Blood, Sweat and Tears. It’s not only the visuals of this video of ‘He Doesn’t Know Why’ that show how much he’s been influenced by “Pet Sounds”. Of the second album: “[I want to do the] vocal takes in one go, so even if there are fuck-ups, I want them to be on there. I want there to be guitar mistakes. I want there to be not totally flawless vocals. I want to record it and have that kind of cohesive sound. Van Morrison‘s Astral Weeks, to me, is the best-sounding album because it sounds like there were only six hours in the universe for that album to be recorded in. So I want it to have that feeling.”

Pecknold writes Fleet Foxes’ uniformly excellent material, plays guitar and sings lead, and his enormously talent has brought unsolicited success. The first album was Billboard’s Critic’s Choice album of the year, and the second was nominated for the Grammy as Best Folk Album of the Year.  But what about that ‘earworm’ that stuck with me throughout my recent fêting? (For all you old folks, that’s what used to be called ‘a catchy tune’.)

‘Montezuma’ is one terrific song, in every aspect – The melody, the hooks, the lead vocal. The lead vocals!! What a lovely juxtaposition, Robin’s open, unadulterated lead tightly enveloped by the backing mini-choir. Good job, you whippersnapper you! 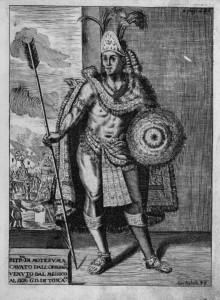 The lyrics are pretty darn evocative, too, for such a young kid. I’m not sure which Aztec king the persona is, Montezuma I (c. 1398–1469) or Montezuma II (c. 1466 – 29 June 1520), a buddy of Cortez about whom there’s a wealth of legend. What’s for sure is that he’s a really old guy, long dead and endusted. There are two Tripolis, one in Libya, one in Lebanon. They’re both really old, too.

Which is something I can identify with, as well as with Pecknold’s Montezuma’s callow bewilderment regarding The Meaning of Life. But I guess Montezuma and I are old enough to give the young artist some advice: “Robin, you’re making some really fine music, even if you are just a kid. Don’t count your money, practice your guitar, take care of your voice, and keep up the good work. In a real long time from now, like sixty or five hundred years, maybe some kid will be listening to your music. Or even writing a song about you.”

So now I am older than my mother and father when they had their daughter,
Now what does that say about me?
Oh how could I dream of such a selfless and true love,
Could I wash my hands of just lookin out for me?
Oh man what I used to be

In dirth or in excess both the slave and the empress will return to the dirt I guess,
Naked as when they came.
I wonder if I’ll see any faces above me or just cracks in the ceiling, nobody else to blame.
Oh man what I used to be,

Gold teeth and gold jewelry, every piece of your dowry, throw them into the tomb with me
Bury them with my name.
Unless I have someday ran my wandering mind away
Oh man what I used to be
Montezuma to Tripoli.