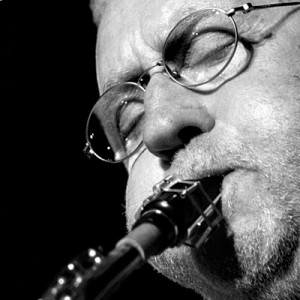 Lee Konitz (b. 1927) is my hands-down favorite living jazz artist. A couple of years ago I had the honor and privilege of interviewing him at length, which I described in SoTW 037, where I poured out my heart at length about how much I love Mr Konitz’s music. He began his professional career in 1947, and at 85 is still a major creative force, a living legend.

Most of his economically modest and artistically towering career has been centered in Europe, where he ‘makes a living’ playing alto sax. Harold Danko (b. 1947) played piano with Lee in the late 1970s and 1980s. “I saw my role as supporting and orchestrating Lee’s lines, acting as a catalyst, and leaving some space that he could create something with.” 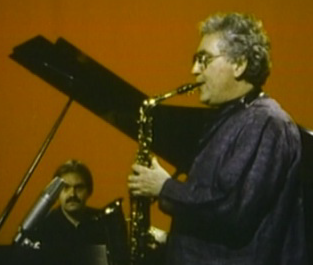 In 1984 Lee was at the top of his game musically, very much in sync with Danko. They had been performing all over Europe for months, travelling by train, picking up local rhythm sections wherever they played. They ended one tour in Glasgow, and went into the studio “on a cold Thursday evening, no guests, no distractions, just the two musicians preparing to deal with material they had worked and reworked” during the tour. The resulting CD “Wild as Springtime” is a rather obscure work in an illustrious corpus. Even the liner notes gloss over the fourth track, written for Lee by Chick Corea.

But for me, ‘Duende’was love at first hear. It wrenched my heart the first time I heard it, and has done so every time since. 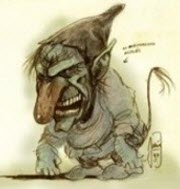 A duende is an evil little goblin in Spanish and Latin American mythology. But ‘Duende’ also denotes ‘a certain magic’, including irrationality, earthiness, a heightened awareness of death, and a dash of the diabolical. Federico Garcia Lorca, in a famous lecture in 1933 in Buenos Aires, “La Teoria y Juego del Duende” (‘The Theory and Function/Play of Duende’), called duende “a sort of corkscrew that can get art into the sensibility of an audience… the very dearest thing that life can offer the intellectual… Thus duende is a power and not a behavior, it is a struggle and not a concept. I have heard an old master guitarist say: ‘Duende is not in the throat; duende surges up from the soles of the feet.’ Which means it is not a matter of ability, but of real live form; of blood; of ancient culture; of creative action.”

Oh, boy. I’m no maven of Spanish mythology, diabolical goblins, or Chick Corea’s reading of them. But I know enough, ladies and gentlemen, to present you with five minutes of that certain magic: Lee Konitz, ‘Duende’.