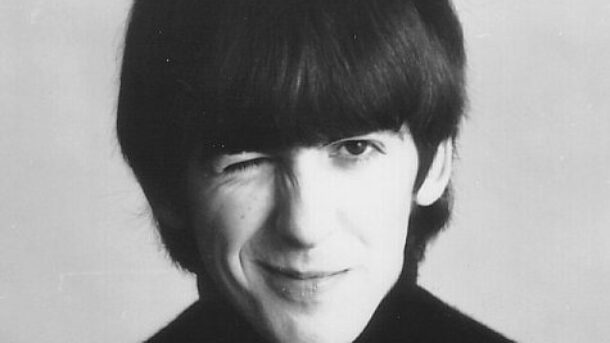 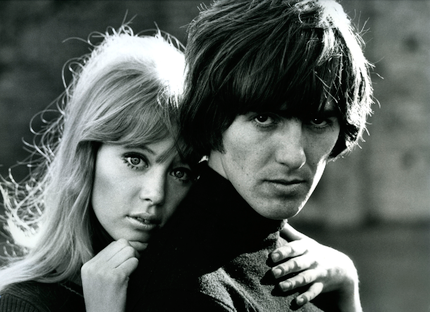 Beatle of Spirit and Flesh

George Harrison died twenty-one years ago this week. As George lived, so he died, quietly, at least in contrast to John Lennon, whose death anniversary is invariably gut-wrenching. Paul Simon even wrote a beautiful song about the traumatic impact John’s death had on so many of us, ‘The Late, Great Johnny Ace’, (SoTW 078).

John was the towering figure. He was the domineering 17-year old leader of the group  when Paul convinced him to allow 14-year old George to sit in with The Quarrymen. In the 1996 video documentary “The Beatles Anthology”, George was asked about his relationship with John (who had died 16 years earlier). “Well, he was John, you know. He was three years older than me. [Long, thoughtful pause.] He still is.”  A 56-year old Beatle candidly showing that the acute inferiority he felt as an adolescent hadn’t been dulled a whit by a lifetime of achieving more than most humans can even dream of. 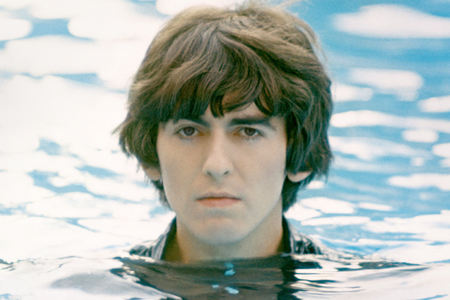 Tip of the Iceberg Beatle

George was overshadowed not just personally, but musically as well. John and Paul eventually let him have his token song on each album (although in the first ten albums he had only three songs). His lead guitar was often hidden in the mix behind John’s rhythm guitar. No one will accuse him of being a brilliant, virtuoso guitarist. Tasteful, respectably competent, but back-seat. His vocals were the same. The leads he sang could be charming and engaging (‘Do You Want to Know a Secret’, ‘I’m Happy Just to Dance with You’, but he added some great harmonies (the high parts on ‘I’ll Be Back’, ‘Because’). He held his own in some pretty heady company, and we assume he contributed his share to The Beatles’ sound palate, even if he wasn’t at the cutting edge creatively. 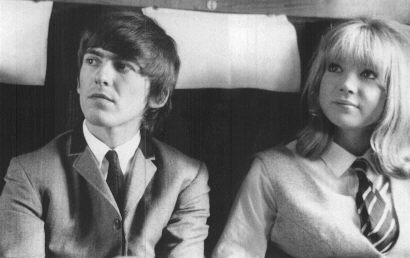 But we loved George. We loved him for the contributions he did make, for helping to fill in the picture, for his gentleness and his gentility. Do you remember the scene in “A Hard Day’s Night” where he walks into the ultra-modern office of an ad agency? He encounters an abstract metal sculpture. He touches an appendage of it and comments to himself – so cool, so understated – “You don’t see many of them nowadays, do you?” How could you not love him?

[Caution: The following paragraph contains inflammatory opinions. Think about the First Amendment before you start screaming at me.–JM] 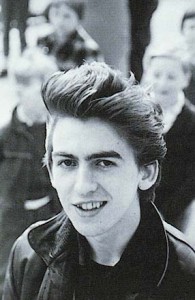 George wrote a string of self-indulgent Indian-tinged songs (‘the spiritual Beatle’) that no one likes to admit they never listen to because they don’t want to hurt his feelings (‘the sensitive Beatle’), and a number clunkers – ‘Blue Jay Way’, ‘Taxman’, ‘Piggies’ (the socially-conscious Beatle.) That’s not to mention lyrics like “It’s such a mess—Bangladesh.”

But he also contributed a few really great songs – a Beatle, after all – including two of their best, ‘Something’ and  ‘Here Comes The Sun’.

If I needed something to remind me what a fine song  ‘If I Needed Someone’ is, I just saw this live version from Japan. Wow. Double wow.
(And if you need more proof, check out James Taylor’s masterful cover.)

Then there’s George’s masterpiece, ‘While My Guitar Gently Weeps’. From his autobiography:

“I wrote “While My Guitar Gently Weeps” at my mother’s house in Warrington. I was thinking about the Chinese I Ching, the Book of Changes… The Eastern concept is that whatever happens is all meant to be, and that there’s no such thing as coincidence – every little item that’s going down has a purpose. “While My Guitar Gently Weeps” was a simple study based on that theory. I decided to write a song based on the first thing I saw upon opening any book – as it would be a relative to that moment, at that time. I picked up a book at random, opened it, saw ‘gently weeps’, then laid the book down again and started the song.” 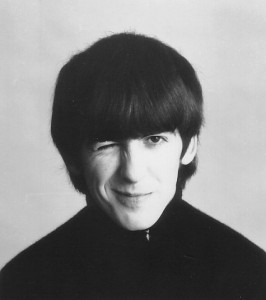 “We tried to record it, but John and Paul were so used to just cranking out their tunes that it was very difficult at times to get serious and record one of mine. It wasn’t happening. They weren’t taking it seriously and I don’t think they were even all playing on it, and so I went home that night thinking, ‘Well, that’s a shame,’ because I knew the song was pretty good.

The next day I was driving into London with Eric Clapton, and I said, ‘What are you doing today? Why don’t you come to the studio and play on this song for me?’ He said, ‘Oh, no – I can’t do that. Nobody’s ever played on a Beatles record and the others wouldn’t like it.’ I said, ‘Look, it’s my song and I’d like you to play on it.’

So he came in. I said, ‘Eric’s going to play on this one,’ and it was good because that then made everyone act better. Paul got on the piano and played a nice intro and they all took it more seriously.”

This is how it all started according to Eric Clapton’s autobiography: 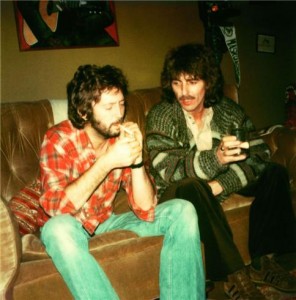 “[I had a] continuing obsession with Pattie. However hard I tried, I just could not get her out of my mind… In fact, in order to get closer to her, I had even taken up with her sister. [Pattie brought her younger sister Paula to a Delaney & Bonnie show where George was playing guitar.] After the show, when we were all back at the hotel, George, who was motivated just as much by the flesh as he was by the spirit, had taken me aside and suggested that I should spend the night with [his wife] Pattie so that he could sleep with [her sister] Paula. The suggestion didn’t shock me, because the prevailing morality [sic] of the time was that you just went for whatever you could get, but at the last moment, he lost his nerve and nothing happened. The end result was not the one George wanted, as I ended up spending the night with Paula instead of him.” 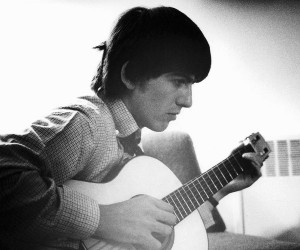 You know the official version of the song. It’s George on acoustic rhythm guitar, Paul on piano and bass. Pay special attention to Ringo’s really fine drumming here. But there’s a remarkable earlier version of the song you might not have heard. It appears on “The Beatles Anthology – Volume 3” you might know, from a demo some months earlier. It’s a whole different kettle of fish, just George playing a melancholy, reflective acoustic guitar. His voice is candid, unadulterated, exposed. And utterly captivating. A wholly affective, memorable performance. It includes a verse not in the official version. I’m not sure what it means, but I sure do love it.

So, thanks for the music, George. and RIP.

We remember you well.

I don’t know why nobody told you how to unfold your love
I don’t know how someone controlled you, they bought and sold you.