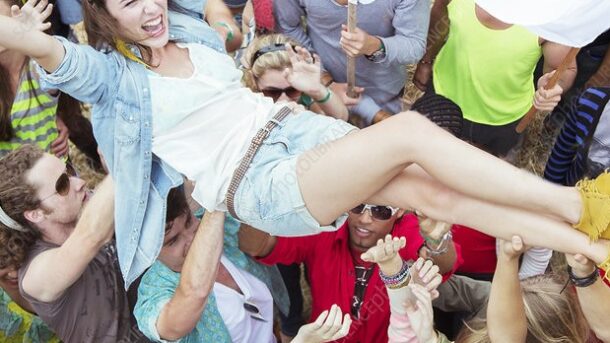 Hey, y’all, join me this week for a walk on the wha? side, a stroll along the tightrope between the sublime and the embarrassing, an exploration of the no-man’s land between refined taste and that which makes our blood bubble and our minds swoon. The confection of adolescence, The Pop Song.

I once took a paying job, helping a very untalented, Miss Piggy-clone wannabe pop diva (with wealthy, well-connected, criminally persistent parents) translate her lyrics into proper popper English. The music was so bad that—well, let’s just leave well enough alone, it was really bad. And after a week of working on it, I found the tunes sticking to my mind. Skipping through my synapses while I was shaving, ringtoning my brain while I was reading Rilke, subliminially muzaking beneath my consciousness while having a Meaningful Discussion with my Significant Other. And this was some terrible, terrible music. We’re talking stuff that makes Britney Spears sound like Baruch Spinoza.

So I said to my friend EG that perhaps they’re not such bad tunes if they stick to my brain like that. “Bubblegum,” he answered. “Your brain sat on a big pink pre-masticated wad of Bazooka. That don’t make it good. It makes it inextricable.”

Clearly, I think I learned something from that experience. Think back to the Top 40 songs of your Junior High School incarnation. I remember thinking – nay, feeling – that ‘Theme to a Summer Place’ was sublime, that ‘Enchanted Sea‘ was the pinnacle of exotica, that Pat Boone’s ‘Bernadine’ was about as sexy as a song could get.

Given, prepubescent imbecility, including my own, is an easy target. The strange part, what’s puzzling me now, is the obverse side of that swooning, the songs that I am not inclined to stand up on a soapbox and praise as unacknowledged masterpieces, but yet that I’m also not ready to dismiss as pop pablum. I’ve called certain songs masterpieces without blushing, such as Smokey Robinson’s ‘The Tracks of My Tears’ (SoTW 28) and Burt Bacharach/Dionne Warwick’s ‘Walk On By’ (SoTW 34). But what about The Fleetwoods’ ‘Mr. Blue’ (SoTW 191), Skeeter Davis’s ‘End of the World’ or ‘It’s All in the Game’ by Tommy Edwards (SoTW 23)? I called the latter a “very beautiful, touching ballad that has been playing over and over in my head for half a century now”.  No gainsaying that these are pop fodder. But they’re also indelibly carved in our hearts and our musical minds, not mere wads of Bazooka.

Fast forward to 1968, when the music, the world, and Jeff were all presumably more mature, sophisticated and discerning. “There was music in the cafes at night, and revolution in the air.” A lot of very fine music. It seemed that every week, two or three albums were being released that demanded and justified repeated listening, some for weeks, frequently for months and years, many for decades. Almost fifty years on, so much of the music of the late 1960s still speaks strongly and convincingly. Much of it is still inspiring and instructive. I listened this week to the first two albums by Love, who have a rabid following here in our little corner of the Middle East half a century on (found the first one weak but the second quite respectable), and to Moby Grape’s first (a 5-star album the day it was released, and still is today).

Um, Jeff, this is Song of The Week, right? Wanna get to the point?

Ok. The point is that the border between fine music and cheap pop is sometimes fuzzy, even to me, subjectively. So here comes a song. I’m not sure whether I should be shouting its praises or not speaking of it to anyone whose opinion I value.

The Association. They formed in 1965, one of the numerous California early rock groups with roots in the folk movement, bringing with them close harmonies and consciousness of the poetic potential of lyrics—The Mamas and the Papas, The Byrds, Jefferson Airplane, The Grateful Dead, many others. The niche of The Association, a new term I just learned this minute, was ‘sunshine pop’, characterized by a cheerful attitude, close vocal harmonies and sophisticated production, the sound track of California escapism, including groups such as The Mamas and the Papas, The Beach Boys, and other lesser lights such as The 5th Dimension, Harpers Bizarre and Spanky and Our Gang.

The Association’s first single, ‘Along Comes Mary’, was a charter member of the club of songs whose lyrics were reputed to obliquely refer to Devil Marijuana, such as ‘Eight Miles High’ (SoTW 226), ‘Rainy Day Women No. 12 & 35’, ‘Mellow Yellow’ and even ‘Puff, The Magic Dragon’. ‘Along Comes Mary’ (live from the Monterey Festival) has Dylanesque long phrases, 60% More Words!! crammed inside a single breath. What happens if an infinite number of stoned teenagers spend an infinite number of hours trying to grab the words “Andwhenthemorningofthewarning’spassed,thegassedandflaccidkidsareflungacrossthestars,Thepsychodramasandthetraumasgonethesongsareleftunsungandhunguponthescars…”? ‘Along Comes Mary’ was released in July 1966. “Sgt Pepper”, released a month earlier, was the first album to include lyrics. So stick your ear right up close to the speaker, kids, and write fast.

The Association’s material came from a number of sources, none of the band members providing a real auteur voice. Perhaps the strongest presence was producer Jerry Yester (brother of guitarist Jim), who went on to replace Zal Yanovsky in The Lovin’ Spoonful and contribute masterful arrangements to some of John Sebastian’s greatest compositions, such as ‘She’s Still a Mystery’ and ‘Six O’Clock’.

‘Mary’ hit #7, and was soon followed by three consecutive #1 hits: ‘Cherish’ (the beautifulest/shlockiest song ever recorded), ‘Windy’ (a sunnier version of New Yorker Paul Simon’s overcast ‘Cloudy’/’Feeling Groovy’) and ‘Never My Love’ (according to BMI, the second-most played song in the twentieth century!). In my ears today, they’re all respectable— memorable melodies, good harmonies, strong hooks, distinctive arrangements–but not songs I would put on my desert island playlist.

The song that’s been on my mind for the last couple of years is the last and commercially least in their string of hits, the runt of the litter, ‘Everything That Touches You‘. Written by vocalist/wind instrumentalist Terry Kirkman (also ‘Cherish’), the song is a rich pastiche of drums and bass and guitars and keyboards and chorus, an exuberant, loving melody, soaring harmonies, a hook-laden bass, a devotional love song, a hippie anthem.

I revisited and became preoccupied with this song a good number of years ago when I was doodling over a screenplay project imagining an obscure band from the late 1960s whose one minor hit achieved an unpredictable posthumous grassroots cult following many years later (inspired by the true story of Eva Cassidy—see SoTW 029). Years later, these doodlings fruitioned into my recently-completed novel “We Are Decapede”.

I needed to write lyrics for their one hit, which I imagined as a ‘hippie anthem’. Looking for a model, my first thought was ‘Let’s Get Together’ by The Youngbloods and the pre-Grace Jefferson Airplane. Apocryphal description from Life’s coverage of Woodstock: “There was a small car that drove very slowly with the throngs of young people walking along the road. A hippie girl sitting on the roof of the car with a little, battery operated record player kept playing The Youngblood’s version of this song over and over and over again; supplying a solid contribution to the ‘peace and love’ vibe that permeated the whole magical weekend.” I don’t know if it’s literally true; but I was there, walking down that very road, and I can attest that that’s the most truthful image I can conjure of the entire festival, more than anything that took place onstage.

But for my imaginary band I wanted a more commercial model. ‘Everything That Touches You’ wheedled its way into my consciousness, where it’s stayed since.

I’ve been listening to the song regularly for a couple of years now. Is it sophisticated bubblegum music that my brain sat on? Is it an elegant, inspiring pop gem? I really can’t decide, and I’d be most grateful to y’all if you’d contribute your thoughts and comments right here in the Reply box below.