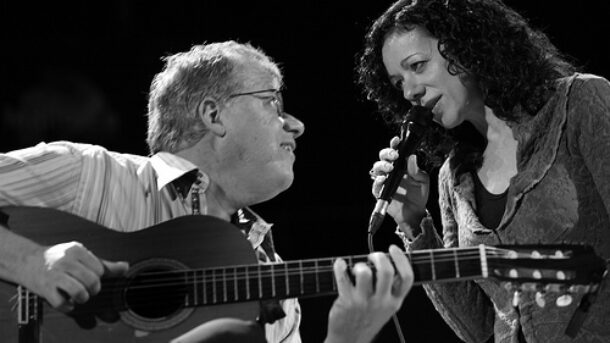 Happy Centenary posting, Jeff. I’ve been enjoying it every step of the way. Hope you have as well, and that we’ll all continue to do so for a long time. BTW, some subscribers have noticed that the WordPress notifications are filtered as spam. This needs to be tweaked within your email client. 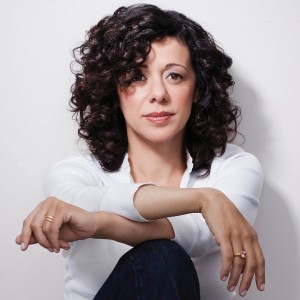 I know, I wrote about Luciana Souza (b. 1966) just last week, and though she’s not real prominent in the Top 40, we’re continuing with her for a number of reasons. First, the link to ‘Baião à Tempo’, her Song of The Week itself, didn’t work. Thanks for the heads-up from several readers, and I’ve added another cut from her first album “An Answer to Your Silence” (‘3 to 2 in Overtime‘) as punitive damages. Second, Luciana has recorded in a number of distinct styles, each one deserving its own moment. Third, a number of readers got mucho turned on to Ms Souza, and that’s a drug I can’t resist. Fourth, and most importantly–she’s just so damn good. 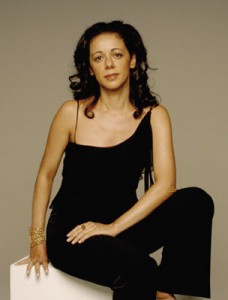 Last week was her Jazz, this week is her Traditional Brazilian. (Next will be Art Music, followed by Pop.) Luciana Souza recorded two albums of traditional Brazilian popular music accompanied by a single guitar, “Brazilian Duos” and “Duos II”. To quote David R. Adler from the indispensible music resource site All Music Guide, “The range of moods is astounding, from tongue-twisting virtuosity to playfulness to the heartbreaking. Her voice, poised and attractive enough on its own, becomes a thing of transcendent beauty when matched with these sparse yet vibrant accompaniments.”

The albums brim with exquisite Brazilian suadade (~longing) [see SoTW 075: João Gilberto, ‘Chega De Saudade’ (Jobim)] and Brazilian ebullience (see SoTW 022: Roberta Sá and Chico Buarke, ‘Mambembe’, one of the most captivating clips I’ve ever seen). Luciana Souza’s “Brazilian Duos” CDs both mine similar streaks of precious metals. But Ms Souza is a consummate artist, relying not on fresh youth and sex appeal, but on a refined, passionate, soulful aesthetic. This is no lady for a one-night stand. She’s a keeper. One classy broad, as they used to say. 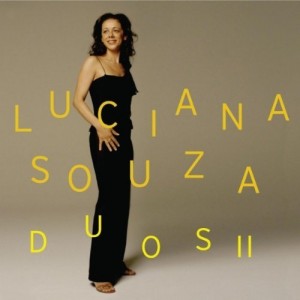 Traditional Brazilian popular music includes samba, choro, bossa nova, frevo, maracatu, MPB, sertanejo, axé, brega, With great embarrassment, I admit that I don’t differentiate between all of them. When my Brazilian friends listen to this music, each piece sounds to them as different stylistically as Woody Guthrie does to me from Johnny Cash, as Scott Joplin from John Phillip Sousa (no relation to Luciana).

This isn’t music I can expound on learnedly (what a relief, ah?). All I can do is present you with a bunch of links, hoping you’ll enjoy Luciana Souza as much as I do. See? I can be normal some weeks.

Her main accompanist on these CDs is Romero Lubambo (b. 1955). Here he is playing guitar behind Yo Yo Ma’s cello and Paquito D’Rivera’s clarinet on the unspeakably beautiful ‘Doce de Coco’. Here’s Luciana singing it live, accompanied by darling-of-the-critics pianist Fred Hersch. Gosh, it’s beautiful. And technically astounding. This is what singing should be. And here’s Luciana and Romero’s version, one of my favorite cuts from “Brazilian Duos”.

Here’s another clip from the Hersch gig, Luciana performing ‘Pra que discutir com madame’ accompanied by string bass and tambourine. Nothing I could say could add to its elegance, beauty and charm.

Here Luciana and Romero give us a little taste of their magic–live, on stage. They perform a short, virtuoso song followed by an inventive and impeccably tasteful reading of Aguas de Março’ (‘Waters of March’). To my great chagrin, none of my translation programs worked on the video. 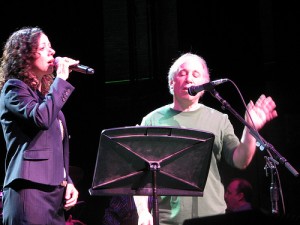 Here they are live with another stunning piece, ‘Amuleto’. Paul Simon wrote this wordless melody for Ms Souza for her “Tide” CD. He later included it on his recent album, “So Beautiful or So What”. But while Simon’s composer’s voice is audible here, it really is more Sao Paulo than New York. But it’s all so beautiful.

Our Song of The Week is ‘Chorinho Pra Ele’, from “Duos II”. Choro music, or chorhino (little cry), originated in 19th century Rio de Janeiro. In spite of the name, the style often has a fast and happy rhythm, characterized by virtuosity, improvisation, subtle modulations and full of syncopation and counterpoint. Choro is the first urban popular music typical of Brazil and has been called “classical music played with bare feet and calluses on the hands”. 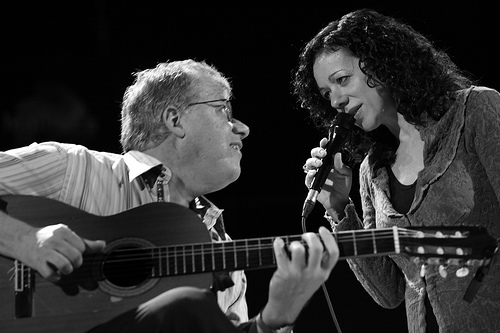 ‘Chorinho Pra Ele’ was written by the unfathomable talent Hermeto Pascoal, Luciana’s godfather. Here’s the song as played by Hermeto with his buddy Sivuca on accordion. You’re not seeing double. These are in fact two entirely autonomous beings, 75-year old albinos wearing the same glasses with long white hair. But if you look closely, the shirts have different patterns. They really are different people. But they’re both musical sorcerers, enchanters of song.

Here are Luciana and Romero performing ‘Chorinho Pra Ele’ live. If you aren’t charmed out of your chair, you’re either dead or shouldn’t be listening to music.

Live with a quartet, a very lovely ‘Saudade da Bahia‘.