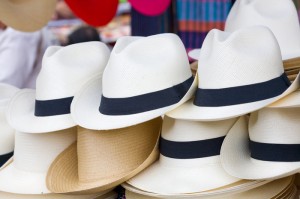 I’ve had Panama hats on my mind recently (if not on my head), for reasons we won’t go into now. I don’t know what association pops into your Panama-hat-holder, but for me it’s Bob Dylan’s neglected masterpiece, ‘Black Diamond Bay’ from the last of his great albums, ‘Desire’ (1976).

It’s a cinematic tour de force, a dreamed narrative from a movie that you’ve never quite seen, hovering just beyond the horizon of your consciousness. You know every cliché, even the ones you’re aware Dylan is inventing as you watch. 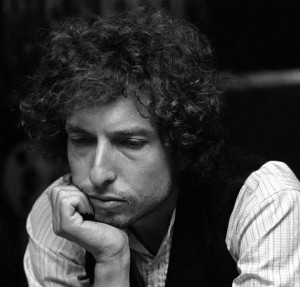 “Art is the perpetual motion of illusion,” Dylan said. Well, this here song is a rolling series of wry and memorable images set against the backdrop of thunder in the distance.

Dylan had been honing his ‘gallery of rogues’ technique since the glory days of “Highway 61 Revisited” (‘Desolation Row’, ‘Like a Rolling Stone’), and he was no stranger to riotous, surrealistic narratives (‘Motorpsycho Nightmare’, even ‘Talkin’ World War III Blues’). But it seems to me that this mini-genre hits its peak here and in the sterling ‘Lilly, Rosemary and the Jack of Hearts’ (a cowboy movie gone awry, with our masked hero, his band of robbers, the hanging judge, two heroines, and Big Jim, who ‘owned the town’s only diamond mine’). The two songs have a great deal in common – the dreamlike, half-logical narrative; the objective, cinematic descriptions; the brilliant use of hackneyed images; but especially the humor. On the one hand, every line is hilarious. On the other hand, it’s all deadly serious. And on the third, in the final accounting it’s only a dream, so it dissipates anyway. 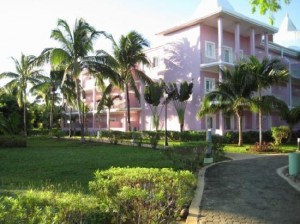 But what a ride.

What do we have here? A hotel on a tropical island. Guests and employees: Our Lady of Panama Hat, the suicidal Greek, the desk clerk, a soldier finding manly love with a tiny hustler, a loser in the casino and his French-speaking dealer. And in the last stanza, our narrator watching the events on Cronkite.

We have the foibles of human Desire (compulsive gambling, suicide, street-corner bargains, back-room illicit sex), juxtaposed against the apocalypse – the volcano is exploding, the island is sinking, and the very stars are falling from the sky. 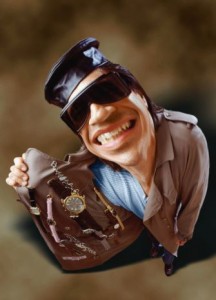 But, oh, how that doesn’t do the song justice! The embarrassment of the Greek needing to ask for a pen that works – so that he can write his suicide note – while the ground is literally caving in beneath his feet. Or check out the oblique humor in the vocal phrasing, the melody and the lyric of the penultimate line of each stanza: the Greek is about to hang himself, has put a sign on his door “Do Not Disturb” – “She knocked upon it anyway.” Chaos, chaos everywhere.

Jacques Levy (1935-2004), an American theater director (Sam Shepard, “Oh! Calcutta!”, the musical version of “Marat/Sade”), English professor (Colgate) and clinical psychologist, ostensibly co-wrote the song. But it’s 100% Dylan, so I don’t know how much room there was for collaboration. 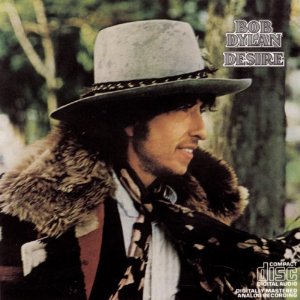 The song is from “Desire”, the last of Dylan’s great albums. It comes after his masterpiece “Blood on the Tracks” (if you don’t know it, dig up the NY Sessions version, and go lock yourself in a room without any sharp items) and before the embarrassing “Hard Rain”. As uneven as “Desire” is, Dylan would never again scale these heights.

The album was made in notoriously disorganized circumstances. I’m not a historian of the Rolling Thunder Revue, but the album to my ears has a uniform sound, notwithstanding the jagged collection of songs. Notable in the sound are prominent drums (Howie Wyeth), violin (Scarlet Rivera), and the then-unknown backing vocalist Emmylou Harris.

The album includes a surprising number of songs among Dylan’s best-known and most widely popular which yours truly considers to be utterly a waste of wax – ‘Isis’, ‘Joey’, and ‘Sara’, three headache-inspiring, long and dreary and utterly forgettable annoyances. And if someone wants to tell me what a heart-wrenching account of the breakup of his marriage “Sara” is, I refer him to ‘Dirge’ from “Planet Waves”. That’s a song that’s too intense and pained for me to listen to.

And I’m ambivalent about the hit ‘Hurricane’, and ‘Romance in Durango’ is a rather diluted blessing. But there are gems. ‘Mozambique’ is a charmer, and there are a handful of songs that rank with Dylan’s very best, most notably the companion pieces ‘One More Cup of Coffee’, ‘Oh Sister’, two songs that Leonard Cohen would have given his right angst to have written.

And our song, ‘Black Diamond Bay’, which I’m pleased as punch to present to you. So just put on a Panama hat and a grin, take a long, cool drink out onto the veranda, and be very thankful that the ground beneath your feet is solid.

And you know what, readers? Just because you’re so loyal, I’ll even toss in a couple of covers of songs Dylan wrote for the album which didn’t make the cut, and which he never recorded: ‘Abandoned Love’, here by none other than Don and Phil Everly, and ‘Rita Mae’ (for author Rita Mae Brown) by none other than Jerry Lee Lewis. A Jewish kid from a small town in Minnesota, with The Everly Bros and Jerry Lee scrambling for his scraps. Can you imagine?

Up on the white veranda she wears a necktie and a Panama hat;
Her passport shows a face from another time and place, she looks nothing like that.
And all the remnants of her recent past are scattered in the wild wind.
She walks across the marble floor
Where a voice from the gambling room is calling her to come on in.
She smiles, walks the other way
As the last ship sails and the moon fades away from Black Diamond Bay/

As the morning light breaks open, the Greek comes down and he asks for a rope and a pen that will write.
“Pardon, monsieur,” the desk clerk says, carefully removes his fez, “Am I hearing you right?”
And as the yellow fog is lifting the Greek is quickly heading for the second floor.
She passes him on the spiral staircase thinking he’s the Soviet Ambassador.
She starts to speak, but he walks away
As the storm clouds rise and the palm branches sway on Black Diamond Bay

A soldier sits beneath the fan doing business with a tiny man who sells him a ring.
Lightning strikes, the lights blow out, the desk clerk wakes and begins to shout, “Can you see anything?”
Then the Greek appears on the second floor in his bare feet with a rope around his neck.
While a loser in the gambling room lights up a candle, says, “Open up another deck”
But the dealer says “Attendez-vous, s’il vous plait.”
As the rain beats down and the cranes fly away from Black Diamond Bay.

The desk clerk heard the woman laugh as he looked around in the aftermath, and the soldier got tough.
He tried to grab the woman’s hand, said, “Here’s a ring, it cost a grand.”
She said, “That ain’t enough.”
Then she ran upstairs to pack her bags while a horse-drawn taxi waited at the curb.
She passed the door that the Greek had locked where a handwritten sign read, “Do not disturb.”
She knocked upon it anyway.
As the sun went down and the music did play on Black Diamond Bay.

“I’ve got to talk to someone quick,” but the Greek said, “Go away” and he kicked the chair to the floor.
He hung there from the chandelier, she cried, “Help, there’s danger near
Please open up the door!”
Then the volcano erupted and the lava flowed down from the mountain high above.
The soldier and the tiny man were crouched in the corner thinking of forbidden love.
But the desk clerk said, “It happens every day.”
As the stars fell down and the fields burned away on Black Diamond Bay

As the island slowly sank the loser finally broke the bank in the gambling room.
The dealer said, “It’s too late now, you can take your money, but I don’t know how
you’ll spend it in the tomb.”
The tiny man bit the soldier’s ear as the floor caved in and the boiler in the basement blew.
While she’s out on the balcony, where a stranger tells her “My darling, je vous aime beaucoup.”
She sheds a tear and then begins to pray.
As the fire burns on and the smoke drifts away from Black Diamond Bay.

I was sittin’ home alone one night in L.A. watching old Cronkite on the seven o’clock news.
It seems there was an earthquake that left nothing but a Panama hat and a pair of old Greek shoes.
Didn’t seem like much was happening, so I turned it off and went to grab another beer.
Seems like every time you turn around there’s another hard-luck story that you’re gonna hear,
And there’s really nothing anyone can say.
And I never did plan to go anyway to Black Diamond Bay.

If you enjoyed this post, you may also enjoy these SoTWs:

SoTW is a non-commercial, non-profit venture, intended solely to promote the appreciation of good music. Readers are strongly encouraged to purchase the music discussed here at sites such as Amazon