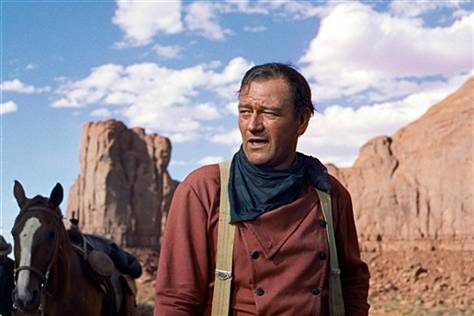 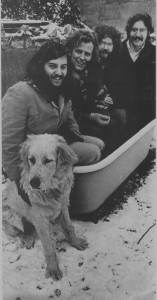 It was 1969, good old 1969. “There was music in the cafes at night, and revolution in the air,” as Dylan put it in ‘Tangled Up in Blue’ [SoTW 164]. Bill and Mike and Me (aka The Infamous Bathtub Brothers) were very active in the nascent underground hippie scene in reactionary Cincinnati. Bill had recently moved out, leaving me alone in the MacMillan apartment building with 89-year old Mrs. Camile (“I shore wouldn’t want to be one of them Rolling Stones”) Wilson. Bill moved into a bizarre multi-floored, unnumerably-roomed home. To get to it, you turned into an alleyway, drove through several blocks of hard-core slum, into a forest, and then walked down a hill 50 steps to get to the back door. The front door was accessible by climbing several hundred steps from some other street, but in those years I knew no one who had the energy to try that. Bill was living there with his Great Pyrenees Mitty and a very long string of transient female friends. So when The Dead came to town to play a gig at the university, it was only natural that they stay at his place.

And here’s Buddy’s first, inferior version of the song:

And here he is singing it live.

Understand that ‘The Dead coming to town’ in those days meant the band and their various roadsters and courtiers, as well as a traveling circus of bestowers of good times, the Merry Pranksters. They traveled the land sowing LSD much as Johnny 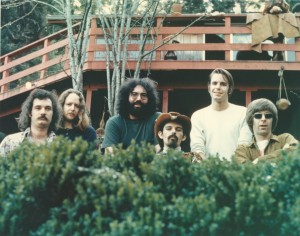 Not Bill’s House–Too Many Intact Windows

Appleseed had done his apple seeds. I don’t know what kind of music Johnny liked, maybe Stephen Foster, but The Pranksters were the original Deadheads.

So, they all crashed at Bill’s Place, and a weekend-long good time ensued. A long time has passed, so that must be the reason my memories are a bit spotty. I do remember driving Jerry Garcia and the guys downtown to buy guitar strings in Maybelline, my VERY small Triumph Herald. I vaguely remember watching the concert from inside the PA system. Yes, actually sitting inside one of the very loud-speakers. But I very clearly remember one of the jam sessions, when Messrs Garcia, Weir and Lesh were sitting in one of Bill’s many living rooms, playing their acoustic guitars, just having a good time. 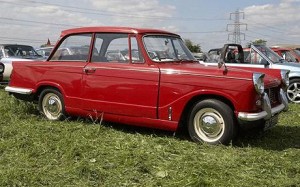 At one pause, I guess I felt comfortable enough with them to suggest a song. “How about ‘That’ll Be the Day’?” I asked. 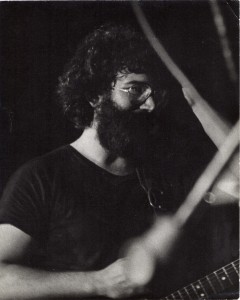 “But I don’t know the words,” said Jerry, looking at Bob.

“I don’t know the words,” said Bob, looking at Phil.

“I don’t know the words either,” said Phil.

And then ensued the legendary jam session, me singing lead, JerryBobandPhil accompanying me and singing backup. Well, it may be stretching the term ‘legendary’ a bit. I don’t know, can you have your own personal legends?

Unfortunately, this was before the day when everything the Dead played was pirated, so there’s no extant recording of this musical landmark. Just in my mind, my memory, and my heart. I’m fortunate enough to have one picture of Cherry Jerry from that weekend, courtesy of Rod Pennington. I can offer you one version of me performing it alone, but I sure would have preferred to have some former Warlocks playing guitar. 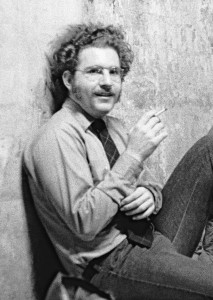 What was this song that Les Dead were so happy to play?

In June, 1956, 20-year old country-blues guitarist/singer Buddy Holly and his drummer friend Jerry Allison drove up from their native Lubbock, Texas, to Nashville to make some demo recordings. They recorded 5 tracks, one of which was a song Buddy and Jerry had written, ‘That’ll Be the Day’. The producer and the recording engineer called it ‘the worst song of the bunch, one of the worst they had ever heard.’ In the alley outside the studio, Buddy and Jerry cornered the kid who had been sweeping up the studio and asked him what he thought. He said ‘That’ll Be the Day’ was the best of the lot.

But even Buddy realized that the recording session hadn’t gone too well. In June, 1957, they went to Norman Petty’s studio in Clovis, New Mexico to give the song another shot. Petty wanted a demo to take to New York, to try to interest The Suits in this new sound, to cash in on the burgeoning hillbilly/rhythm&blues amalgam making waves by such artists as Bill Haley, Elvis Presley, Jerry Lee Lewis and Roy Orbison. It was soon dubbed rock&roll.

Petty did just two takes of the song, and took it to New York. The demo recording caught fire, and in the summer of 1957, ‘That’ll Be the Day’ became Buddy Holly’s first hit, a #1 million-seller. 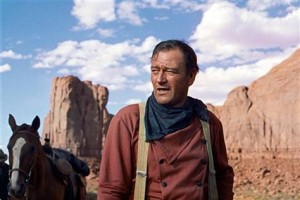 The song itself is one of the first and one of the greatest rock and roll songs of all time. The title came from the cynical catch-phrase of John Wayne’s character Ethan Edwards in the John Ford epic Western, “The Searchers”. It’s a movie I watch every few years, and it never fails to move me. It’s searing, terrifying, and profound, and I can’t recommend it highly enough. Here’s Scorcese and Speilberg talking about what that movie has meant to them.

But it really doesn’t have anything to do with the song, which Rolling Stone magazine ranked as #39 on its list of 500 Greatest Songs of All Time. According to Jerry Allison, Buddy’s musical conception and playing on this cut was greatly inspired by a song by Lonnie Johnson (b. 1899), a prolific, brilliant, seminal bluesman, ‘Jelly Roll Baker‘. Indeed the influence is clear. While we’re here, here’s another really neat live clip of Mr Johnson.

Over the next year and a half until his death in a plane crash on February 3, 1959 (“the day the music died”), Buddy Holly recorded a string of hits that made him a pop star. They also comprise an oeuvre which over the next threescore years earned him the reputation as one of the finest artists ever to operate in the popular music idiom. 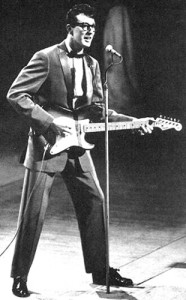 Buddy Holly’s reputation has never faded. He was a star in his lifetime and widely mourned at his death. In SoTW 002 (‘Learning the Game’, the undubbed acoustic version), I wrote “He’s a musician’s musician. Keith Richards credits him with inspiring the Stones to create original material. Bruce Springsteen said, ‘I play Buddy Holly every night before I go on–it keeps me honest!’ Paul McCartney made an excellent, adulatory documentary movie about him.”

The year after Buddy Holly died, two Liverpudlian kids named John Lennon and Paul McCartney took their band, The Quarrymen, into a recording studio to make their very first record. They understood that you learn your craft by copying the masters. Their recording of ‘That’ll Be the Day’ is an attempt at a note-by-note copy of the original. In 1979, Sir Paul bought the publishing rights to the Buddy Holly catalogue from Norman Petty.

Throughout the many 1960s, the Golden Age of rock&roll and rock music, Buddy Holly’s reputation continued to grow, albeit slowly. And it has continued to grow even more since then, exponentially. 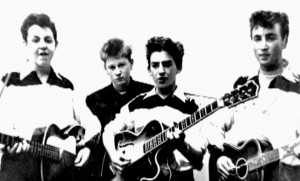 But when I met The Dead, even though there were already a number of Holly covers floating around, he had not yet achieved panatheonic status, so I guess my suggestion was pretty cool for its day. The Beatles recorded ‘Words of Love’ in a carbon copy of Buddy’s original. Here’s the 1964-vintage Rolling Stones in an incredibly intense clip of the Holly rocker ‘Not Fade Away’, their first hit. You don’t want to miss this one, I promise you. (It’s the source of that famous line from the liner notes of “Another Side of Bob Dylan,” ‘an’ dean martin should apologize/
t’ the rolling stones’) Oh, and here’s Buddy’s sterling original.

It was only later that The Dead adopted ‘Not Fade Away’ into their permanent repertoire. They performed “Not Fade Away” 530 times over the course of their career, making it their seventh most-performed song. The song also appears on eight of their official live recording releases. Here’s a recording of The Dead playing ‘Not Fade Away’ in 1973. It’s the earliest version of theirs I could find, and I’m not responsible for the visuals.

Here’s the very lovely Linda Ronstadt singing her hit version of ‘That’ll Be the Day’ live in 1978. I’ll tell you one thing—no matter what you say about her music, she’s a whole lot better looking than Buddy Holly, Mick Jagger and Jerry Garcia put together.

A sour postscript to this story. I once happened upon a discussion on a local radio show of two snotty leftist Dead experts. They had scoured the many data bases on the subject and were discussing how many Buddy Holly songs had been performed by The Dead. I called in and said, “You missed one,” and told them the story with which I began this epistle. Their response was, “Yeah, so?”

I guess maybe one’s private legends should be kept private. Still, maybe someone out there found this story entertaining or at least informative. For me, I’m just tickled to spend my Friday morning writing about Buddy Holly’s ‘That’ll Be the Day,’ paying homage to it, 65 years after it was recorded. And I sure am grateful that 52 years ago I had taken the trouble to learn the words to that song by heart: 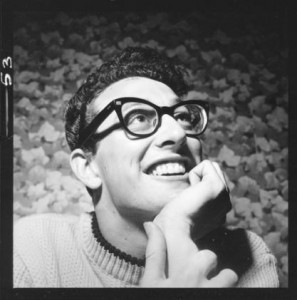 Well, you gave me all your loving and all your turtledoving,
All your hugs and kisses and your money, too.
You say you love me, baby, and still you tell me maybe
That someday, well I’ll be through.

When cupid shot his dart he shot it at your heart,
So if we’ll ever part then I’ll leave you.
You say you’ll hold me, and you tell me boldly
That some day well I’ll be through.