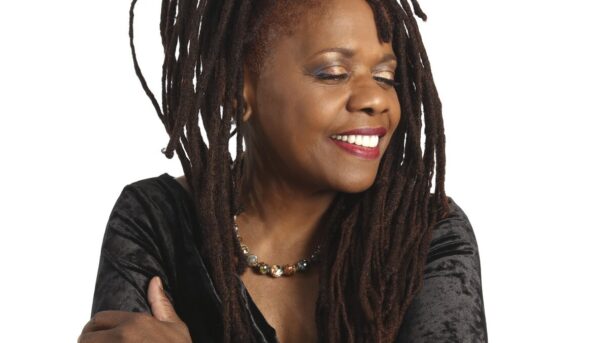 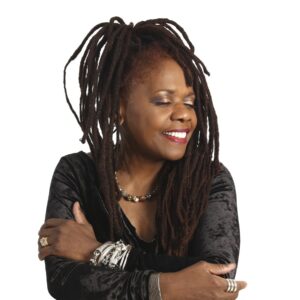 This week’s SoTW shouldn’t have even made it to our turntable. The song is a toss-off by The Grateful Dead, a band more successful in leading acid-drenched mobs on long, aimless trips than in providing fodder for covers. The singer is a first-timer backup singer steeped in string jazz-blues from the 1920-30s, not exactly a favorite of mine. The band features a banjo and trombone. Need I continue?

Her debut album, “Cat” (2006), like its successors, is steeped in Fats Waller-era tunes, where the line between blues and jazz wasn’t yet drawn. My friend JE likes that stuff. My friend EM likes that stuff. Guess what? JM doesn’t, not ordinarily. But this Cat Russell is just full of surprises. There’s not a bad note, not a bad decision, not a single boring passage. She’s refreshing, charming, sexy, wry and tasteful. 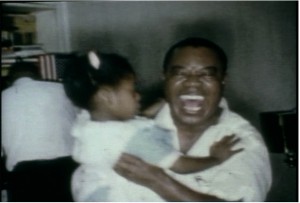 She charms all her material, nary a dud song in the bunch. She even takes ‘Darn that Dream‘, a song I’ve encountered only about 300 cloying versions of, and makes it swing.

Her phrasing is reminiscent of Billie Holiday, but where Lady Day pulled phrases way beyond the beat out of pain or world-weariness or a drug cloud, Cat does so with a twinkle in her eye, for the calculated effect of dramatic irony. But if the material is often 1920s, and the frame of reference 1950s, the particular song here quintessential 1960s, the sound here is sparkling fresh. 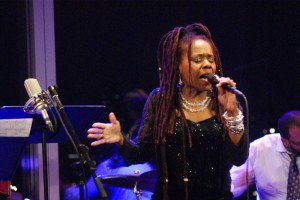 above the 1926 Gringenhofger instrument’s D-string, flaunting the more respectful tradition of a restrained approach. The playing, however, is faultless and the music as perspicacious as is usually found in Count Wxyzerhofsky’s middle period.” But here on “Cat”, what can I tell you? I actually revel in the sound itself. The videos made in the studio are fun to watch, but I greatly prefer the glow of the higher-quality recordings.

This stands in marked contrast to The Grateful Dead’s studio incompetence. I guess if they were sober enough to find the studio, they were too straight to play. “Workingman’s Dead” is one of only two or three exceptions, an album I’ve known and loved since its release in 1970. Its success is in its tight, acoustic, close-harmony sound, much influenced by Crosby, Stills and Young, in great songs such as ‘Uncle John’s Band’ and ‘High Time’. To tell you the truth, I’d skip over ‘New Speedway Boogie‘ as often as I’d listen to it. I always had the impression that Jerry Garcia didn’t choose to write the song in a modal mode; he was just too stoned to change chords. I always dismissed the lyrics as typical Robert Hunter psychedelic babble. Till Cat Russell kicked the song in the butt and made me listen. 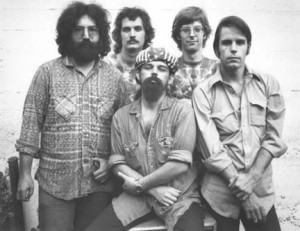 The song describes the infamous Altamont Free Concert, which took place in December 1969, a few months after Woodstock, at the Altamont Raceway. The Dead organized the gig, which was supposed to be Woodstock West. But while the Rolling Stones were singing ‘Sympathy for the Devil’, an innocent listener was beaten to death by Hell’s Angels, who were inexplicably and bizarrely hired to ‘keep order’, an oxymoron if there ever was one. The beating took place right under Jagger’s nose, was captured on film, and together with the Kent State shootings put an end to the Age of Aquarius. Here’s a nice video of The Dead singing ‘New Speedway Boogie’ live, a pretty typically spacey performance.

Hunter’s lyrics, as usual, defy simple explication, but now that I look at them, they make a whole lot of sense. And they certainly do reflect The Dead’s disillusionment –and ours – with what went down at that racetrack. They organized the festival, and never got to play.

So here’s Cat Russell’s take on the song. The band is comprised of a mandolin, a stand-up knock-down bass, and a tambourine. Oh, and one fine, fine singer. 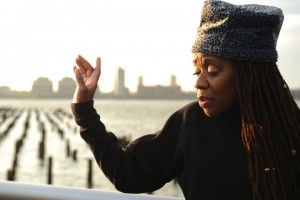 Cat Russell on record (can you still say that?):

Just Because You Can

My Man’s an Undertaker

Inside This Heart of Mine

Who can deny, who can deny, it’s not just a change in style?
One step done and another begun and I wonder how many miles.
I spent a little time on the mountain, I spent a little time on the hill.
Things went down we don’t understand, but I think in time we will.
Now, I don’t know but I was told in the heat of the sun a man died of cold.
Keep on coming or stand and wait, with the sun so dark and the hour so late.
You can’t overlook the lack, jack, of any other highway to ride.
It’s got no signs or dividing lines and very few rules to guide.