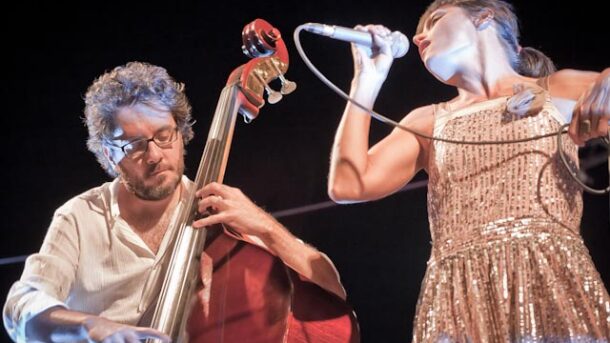 I’ve always been a fan of minimalism in music. In jazz it’s pretty easy because the default is four or five players. But my predilections in classical music are almost exclusively for solo or chamber music; or in The Beatles, Rubber Soul over Magical Mystery Tour. I like to hear what I’m listening to. To identify and follow each instrument. 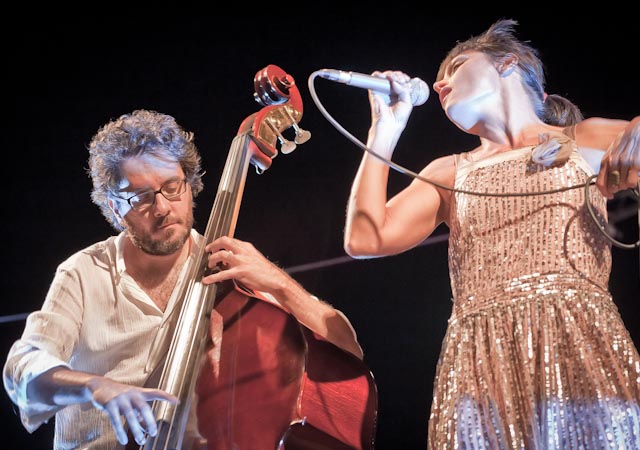 One format that I’ve always found riveting is voice/bass. A hint of the skeleton, an indication of the frame, with the subject lain on top. Barebones and melody. What more do you need? Leave all the rest to the ear’s imagination.

The implicit chords in Bach’s Cello Suites. The unstated beat in a Motown intro. The understood rhythm when the drum lays out for the bass solo in a jazz combo. Those are what pull me in. Like poetry, like good theater. Don’t tell me everything. Let my mind fill in the picture.

As I mentioned in SoTW 66 focusing on Rickie Lee Jones, I had the pleasure of seeing two sets by the Italian duo Musica Nuda at the Red Sea Jazz Festival a few weeks ago in Eilat, and speaking with bassist Ferruccio Spinetti and vocalist Petra Magoni. 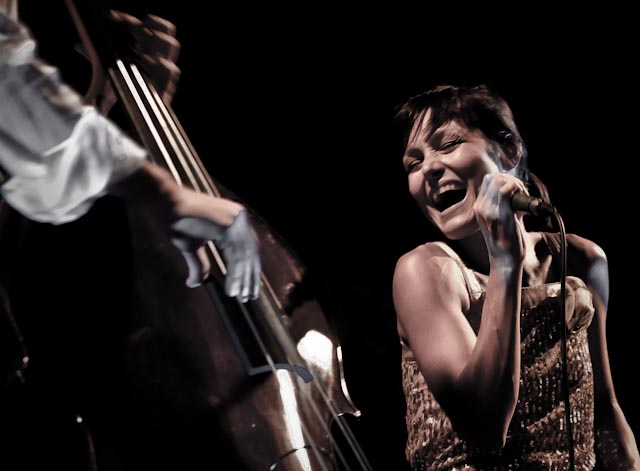 Ferruccio told me (I think this is what he said; his English is just a bit better than my non-existent Italian) that he sees Musica Nuda as a modern version of Monteverdi’s madrigals. Did I miss something? I think not. Claudio Monteverdi (1567-1643) is credited with inventing the basso continuo and thus nudging music from the Renaissance into the Baroque. Bass and voice. There you go.

Surprisingly, there really is a bit of a tradition of bass/singer duos. My favorite, by far, is Julie London’s uber-sultry Bye, Bye Blackbird, which was the subject of SoTW 45. The most famous is Peggy Lee’s iconic ‘Fever’ (which does use some drums, but only as embellishment, not as a timekeeper).

One that I’ve loved since its release in 1966 is Gordon Lightfoot’s ‘Oh, Linda’. It was on his debut album, right up there with his great ‘Early Morning Rain’ and ‘For Loving Me’. 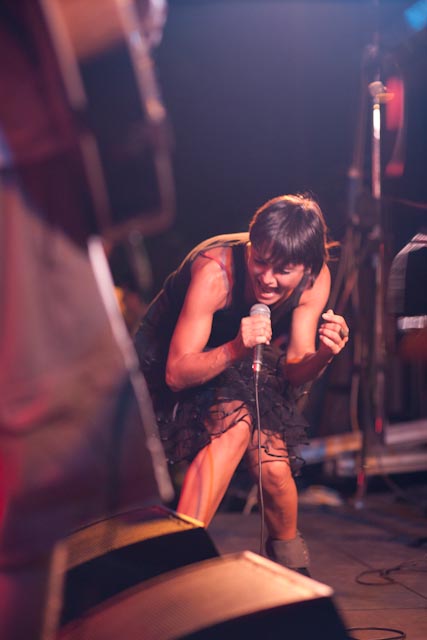 From the jazz idiom, the uncontested mistress of the niche is the challenging and unique Sheila Jordan – immortalized by Charlie Parker’s ‘Chasing the Bird’ (dedicated to her as a young groupie), studied under Lennie Tristano and Charlie Mingus, collaborated with George Russell, Herbie Nichols, Carla Bley and Steve Kuhn. She’s recorded a number of albums accompanied only by a bassist, most notably Harvie Swartz. Here are some great clips by Sheila and Harvie: ‘Better Than Anything’, ‘Let’s Face the Music and Dance‘, ‘Honeysuckle Rose‘, and with Cameron Brown, her great interpretation (well emulated by Ms RL Jones herself) of ‘Dat Dere‘.

Not too surprisingly, Musica Nuda’s whacko vocalist, Petra Magoni, studied under Ms Jordan. The duo was formed in 2003. Petra was planning a tour across Tuscany with a guitarist, but he became ill the day before the first performance. Not wanting to cancel the gig, she grabbed what she could find, a bassist. Since then, they’ve recorded three CDs, mostly covers of well-known songs in English and Italian. Well, I confess, I don’t know the Italian ones too well.  But they have lots of clips of their special treatment of a surprising selection of songs:

There’s lots more—Beatles, Stones, Police, Madonna, Olivia Newton-John, which you can youtube at your leisure.

Their signature song is the 1979 disco icon, ‘I Will Survive’. Gloria Gaynor’s original was an ultimative anthem of female empowerment, gay dignity, HIV awareness, and disco dancing. 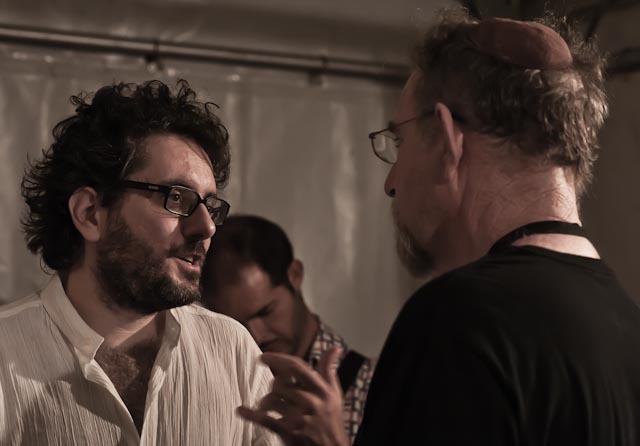 To say that Petra has a strong stage presence is an understatement of an understatement. She’s manic, vibratious, over-the-top from the get-go. She’s very physical in a theatrical sense. Brechtian. Harsh, forceful, in-your-face. All this in a boney little body that jumps and jerks and emotes and techniques like Harlequin on acid. She dresses like a homeless ostrich who pilfered a Moscow thrift shop. She’s studied opera, and presents herself as Mick Jagger doing Carmen. Or Kiri Te Kanawa doing ‘Gimme Shelter’.

But less is more, and she’s a total trip in the maximization of minimalism. Ah, and she’s a damn good singer.