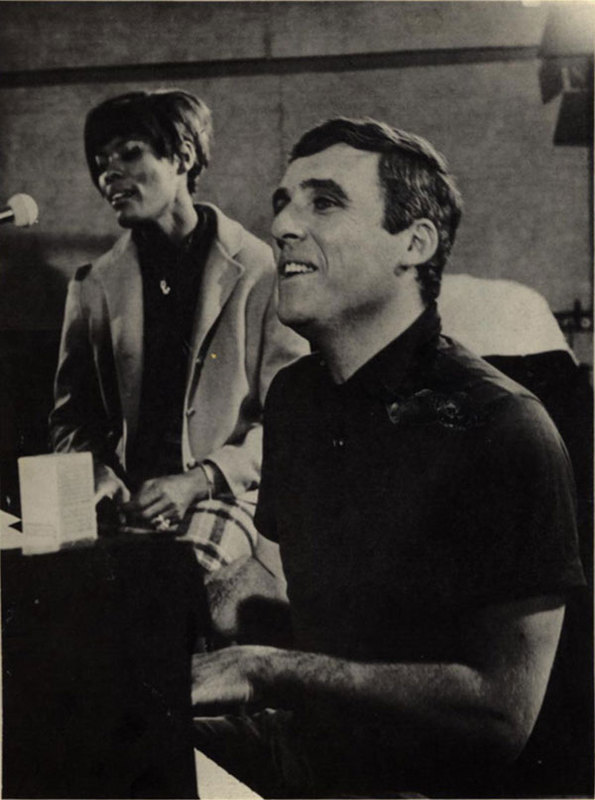 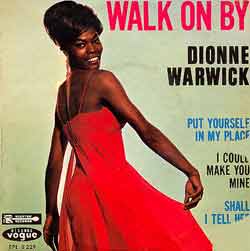 If the choice of our Song of The Week seems a bit obvious, pedestrian, or overdone, don’t blame me. I didn’t choose it – it chose itself.

It came up in conversation with a 30-year old soprano, MH. “Oh, I know that song,” she said. “Gabrielle sings it.”
Well, folks, I listened to Gabrielle’s version of it. At first, I thought my stereo system was having a panic attack. Then I thought perhaps it was being invaded by alien lizards. Then I thought the Merry Pranksters had spiked my decaf tea. But no, it was just this new century creeping up on me. Gabrielle wears a sequined eye patch; the father of her son murdered his stepfather with a machete; and for a living she electronically samples songs like “Knocking on Heaven’s Door” beyond recognition.

I gave MH the original version of “Walk On By“. “Wow, Jeff, that’s so much better than Gabrielle’s version. Who sings it?” she asked, unaware of my 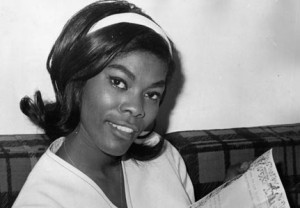 pedantic compulsion to explain to 30-year old sopranos why they might do better listening to Dionne than Gabrielle. So this week’s song is for you, MH. And pedestrian though the choice may be, the song certainly isn’t.

“Walk On By” was originally sung of course by Dionne Warwick, lyrics by Hal David, music and arrangement by Burt Bacharach. It was born in December, 1963, 7 years before Gabrielle, 16 years before MH.
It’s #70 in Rolling Stone’s 500 Greatest Songs of All Time.It’s been covered hundreds of times, by everyone from Johnny Mathis to Vanilla Fudge, 233 times in all cccording to one list. 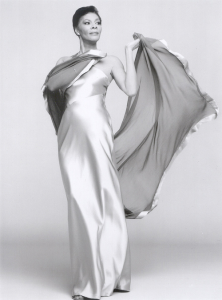 Burt Bacharach: “‘Walk On By‘ was the first time that I tried putting two grand pianos on a record in the studio. I can’t remember if I played and Artie Butler played or if Paul Griffin and Artie Butler played but here were two grand pianos going on. I knew the song had something. It was a great date. I walked out of that studio and we had done two tunes in a three-hour session, ‘Walk On By‘ and ‘Anyone Who Had A Heart.’ I felt very good leaving knowing that I had two monster hits on my hands. You never know for sure but you feel a great satisfaction.”

The song itself talks about the public face of private heartbreak. The dark, incisive production employs a mixture of disparate elements, if we really need to dissect it. There’s an R&B chicken-scratch guitar riff giving a funky edginess throughout; a rich, intelligent piano base; flavors of vibraphone, woodblocks and Bacharach’s signature flugelhorn; MOR strings and vocal harmony filler; at the end of the verse, gospel-inspired backing singers (‘Don’t! Stop!’) over the rhythmically sprung piano roll. And that vocal, that vocal.

For the sharpies out there, quick, what’s the one Bacharach song The Beatles recorded? C’mon, quick! 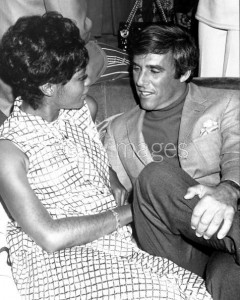 Burt Bacharach (b. 1928) and Hal David (b. 1921) were among the many Jewish kids churning out hits in the Brill Building in the late 50s (with Lieber & Stoller, Pomus & Shuman, Goffin & King, Barry & Greenwich, Mann & Weil–the last three being married couples).

Subsequent classics of Bacharach include ‘Close To You’ (the Carpenters), ‘Raindrops Keep Falling on My Head’ (B.J. Thomas) and ‘I Say a Little Prayer’ (Aretha Franklin), ‘The Look of Love’ (Dusty Springfield), ‘Alfie’ (Cilla Black), ‘What the World Needs Now’ (Jackie DeShannon) and ‘Arthur’s Theme’ (Christopher Cross). According to one account, Bacharach has had 66 Top Forty hits. 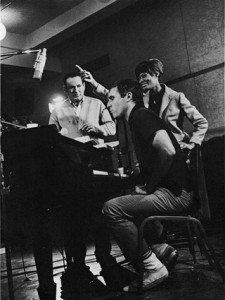 Tall, elegant, stately Dionne Warwick (b. 1940) was doing backup vocals in NYC while still in high school, and then during her conservatory studies at Hartt College of Music (where she earned her doctorate in 1973).

While singing background on Bacharach’s production of The Drifters’ “Mexican Divorce”, she caught his eye. In this clip he waxes nostalgic about their meeting, his appreciation of her talent, his feelings for her and their relationship, and sings a medley with her beginning with ‘Walk On By’.

Over the next 20 years, Warwick charted 38 singles co-written or produced by Bacharach, including 22 Top-40, 12 Top-20, and nine Top-10 hits on the American Billboard Hot 100 charts. Some of my favorite Bacharach/Warwick collaborations (beyond of course the great early triad of ‘Don’t Make Me Over’, ‘Anyone Who Had a Heart’, ‘Walk On By’) are ‘Trains and Boats and Planes’, ‘Promises, Promises’, ‘I’ll Never Fall in Love Again’, ‘Do You Know The Way To San Jose’, and the original ‘I Say a Little Prayer’. They all carry the stamp of a real partnership, music and lyrics and arrangement and vocals. Bacharach stated, “She has a tremendous strong side and a delicacy when singing softly—like miniature ships in bottles.” Musically, she was “no play-safe girl. What emotion I could get away with!” 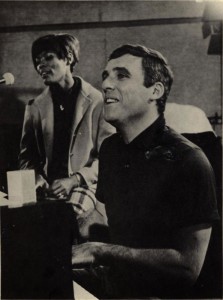 In itself, that’s a very impressive body of auteur pop – complex rhythmically and harmonically, inventive in the sound palette, highly charged emotionally, witty and urbane. Many historians of the field consider Bacharach to be virtually the only legitimate post-rock-and-roll member of the Great American Songbook pantheon, that which stretches from Tin Pan Alley through the Broadway and Hollywood musicals, 1920-1960. Bacharach and David have a lot in common with Arlen, Bernstein, Berlin, Dietz, the Gershwins, Hammerstein, Hart, Kern, Loesser, Rodgers, Schwartz, and Styne. They all wrote wonderful, memorable songs that continue today to transcend the very common denominator of the pop medium.

They’re also all Jewish men writing stellar songs best rendered by Black women. That’s a subject that I’d love to delve into, but I assume that my lack of sensitivity to what is politically acceptable today (a consequence of my expatriatism) would cause such faux pas that I’d be dragged in front of HUAC for a public flogging.

Explaining what he tries to put into his songwriting, Bacharach said, “So it’s not, you listen four or five times and you love it, and then you say, ‘OK, enough with that.’ If I get tired of it quicker than I should, I have to rethink it.” How many times have I heard the song? I couldn’t count. Many hundreds, probably. Maybe thousands. Well, good job, Burt. And, yes, MH, there is a Dionne Warwick. 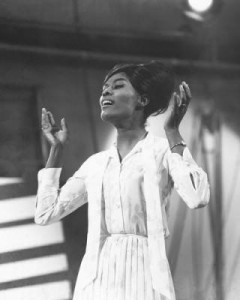 If you see me walking down the street
And I start to cry each time we meet
Walk on by, walk on by

I just can’t get over losing you
And so if I seem broken and blue
Walk on by, walk on by